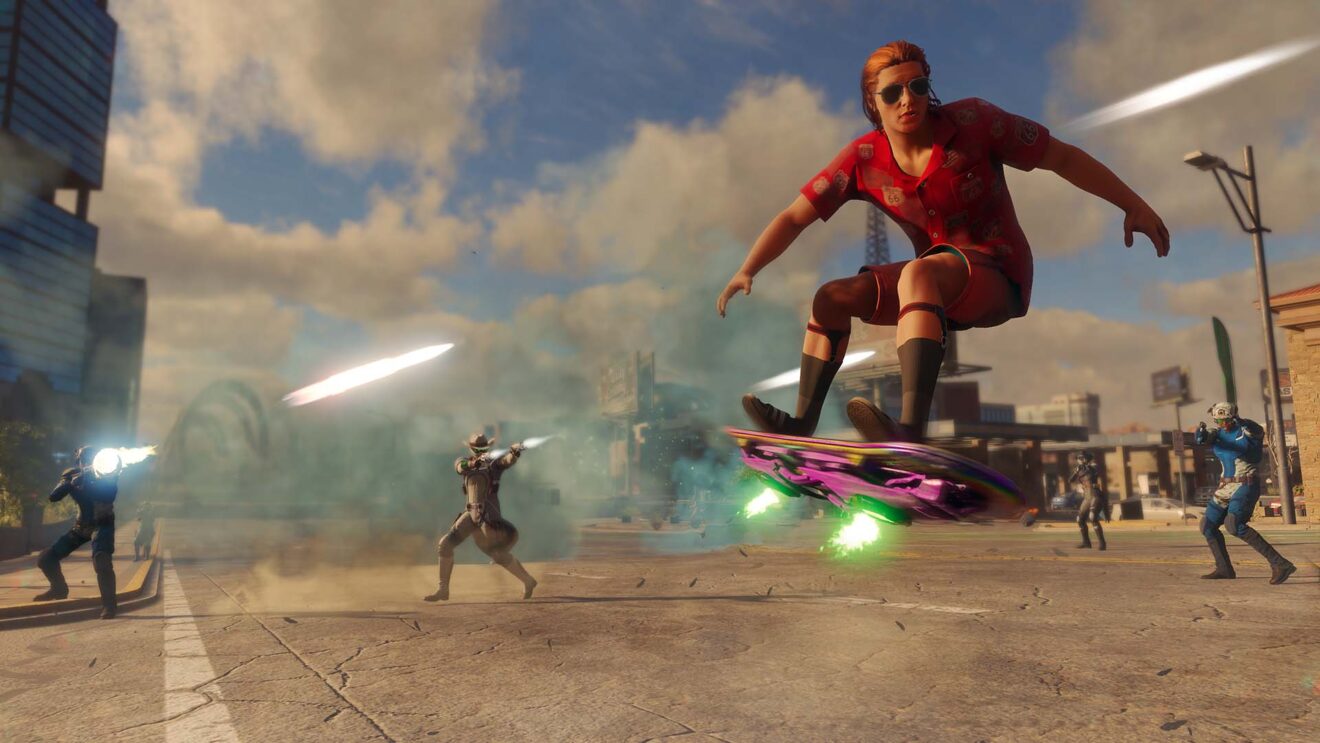 A new “story reveal” trailer for Saints Row has debuted ahead of the game’s launch next week.

We’ve already seen a lot of Saints Row‘s story from previous trailers and gameplay premieres, so we’re not sure what this new trailer “reveals” about the story other than a few new clips of explosive madness. But for some fans, that will be enough.

For the uninitiated, this new Saints Row is a reboot with a new Boss and a new slate of sidekicks. Johnny Gat is out, and Kevin, Neenah, and Eli are in as the Boss’ main compatriots in their bid to take over the desert metropolis of Santo Ileso. Standing in their way are rival gangs Los Panteros, The Idols, and Marshall Defense Industries, the latter of which feature heavily in the trailer. After all, what is a weapons manufacturer if not a technically legitimate arms dealer?

After a six-month delay, Saints Row has officially gone gold. If you don’t want to wait to take advantage of the game’s cornucopia of customization options, you can play the Boss Factory demo to build your own boss ahead of the game’s launch.