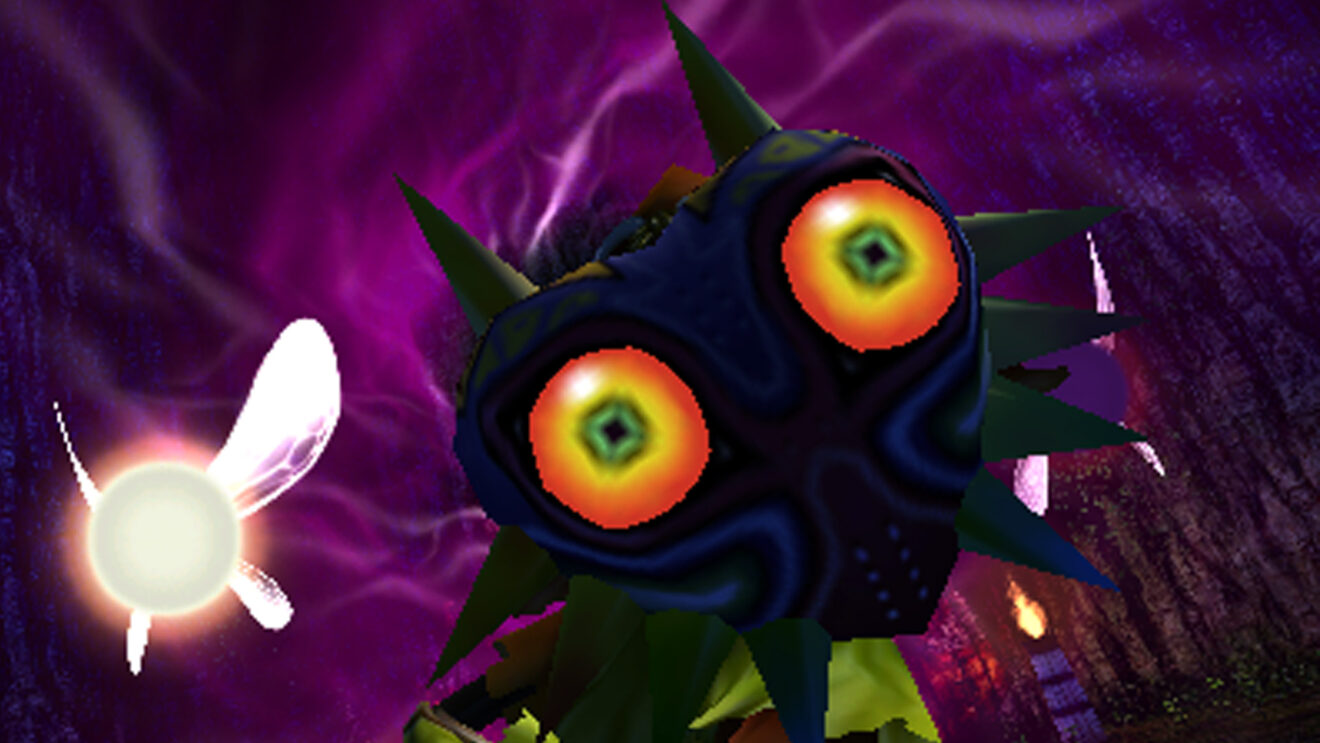 After teasing the announcement last month, Nintendo revealed the Ocarina of Time sequel’s addition to the subscription service’s library with a brand-new trailer 22 years after the game first launched.

In what has to be one of the creepier Zelda games, Link must save the mystical world of Termina from the moon destroying it in three days. If you fail, you have to start over, but with the knowledge that you’ve already gained and with the ocarina’s power to manipulate time. Also, you get to wear a few masks that transform your appearance and give you new abilities. Majora’s Mask was doing time loops before it was cool.

Nintendo launched the Expansion Pack portion of Nintendo Switch Online back in October 2021. Back then, it came with 23 Nintendo 64 and Sega Genesis games. Majora’s Mask is the third new game to come to the service since then, the others being Banjo-Kazooie and Paper Mario. Other upcoming titles include Kirby 64: The Crystal Shards, Pokémon Snap, and F-Zero X. Subscribers also get access to Animal Crossing: New Horizons – Happy Home Paradise and the upcoming DLC tracks for Mario Kart 8 Deluxe.