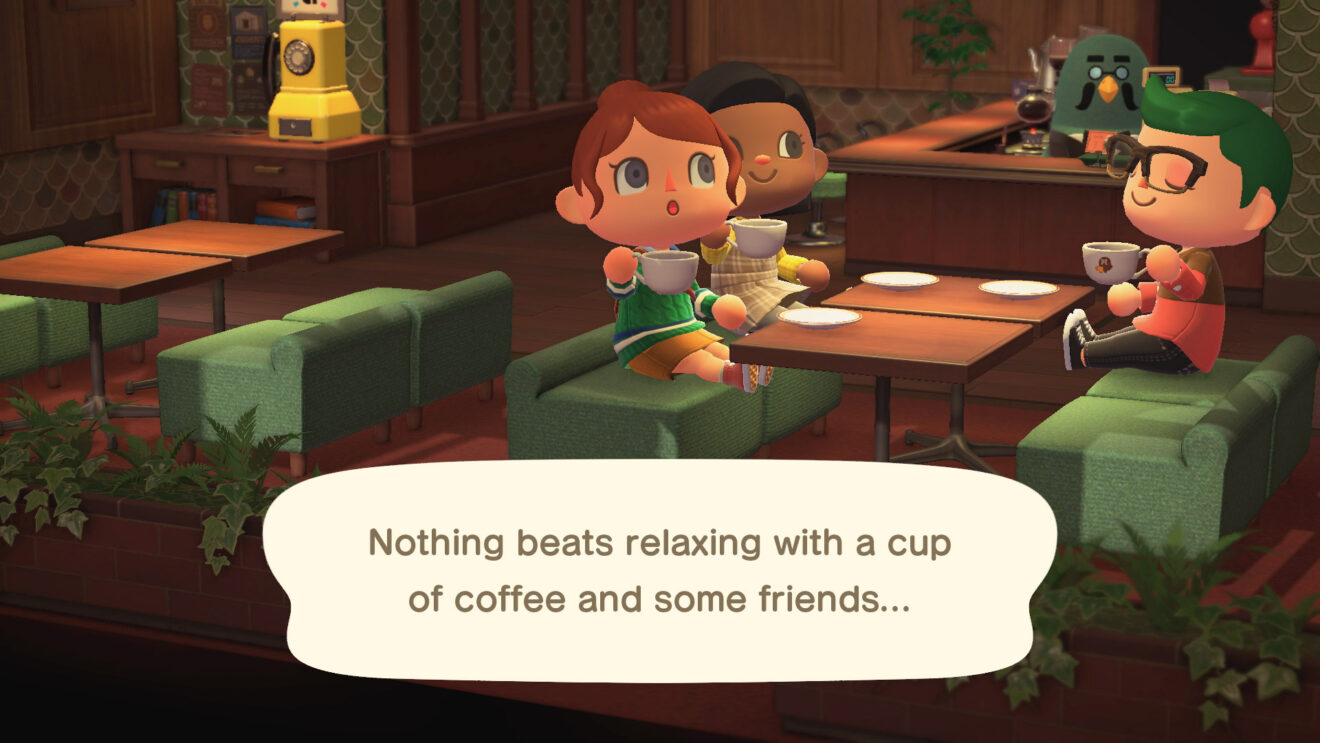 A new Nintendo Direct specifically focused on Animal Crossing: New Horizons brings us a look at the last batch of free DLC for the game, as well as its upcoming major paid expansion.

There’s a lot to go over in terms of the version 2.0 upgrade for New Horizons, so I’ll just hit on a few of the additions and upgrades before letting you loose on the video. Brewster is opening his new cafe on the second floor of the museum, Kapp’n will take you to different islands with unique new elements and items, Harv’s Island is getting a shopping plaza, you’ll now be able to grow vegetables and cook food, the outside of your house can be customized, and we finally get the long-awaited return of Gyroids.

All of that, and more, is coming to Animal Crossing: New Horizons‘ when its free version 2.0 upgrade hits on November 5th.

Next up is Animal Crossing: New Horizons – Happy Home Paradise. According to Nintendo, in this new paid DLC, “you’ll have the chance to join Lottie and the Paradise Planning team. In your new role, you’ll travel to a chain of charming islands where you can design vacation homes, decorate island facilities—like a school and a restaurant—and discover new ways to create and personalize as you gain experience designing dream vacation homes for your clients.”

Along with all of the activities taking place out on the archipelago, you can bring the new objects, items, and customization options—such as partition walls and shorter counters—back to your own home island. And, if remodeling your own home isn’t enough, you’ll also be able to customize the homes of the other island residents.

Now, there is an important catch to Animal Crossing: New Horizons – Happy Home Paradise. If you’d like, you can snag the DLC as a stand-along purchase for $24.99, which gets you full ownership to everything it contains. Or, If you subscribe to the new Nintendo Switch Online + Expansion Pack service level, you’ll get the DLC for free. However, you’ll only have full access to Happy Home Paradise while you’re still subscribed at that level. If you drop down to a basic Nintendo Switch Online subscription, or cancel outright, you’ll retain some of the customizations and items that come along with the DLC, but will no longer be able to travel out to the new DLC items or partake in other elements of the expansion.

As announced as part of the Nintendo Direct, individual memberships to Nintendo Switch Online + Expansion Pack will cost $49.99 a year, with Family Memberships coming in at $79.99 for the same time period.