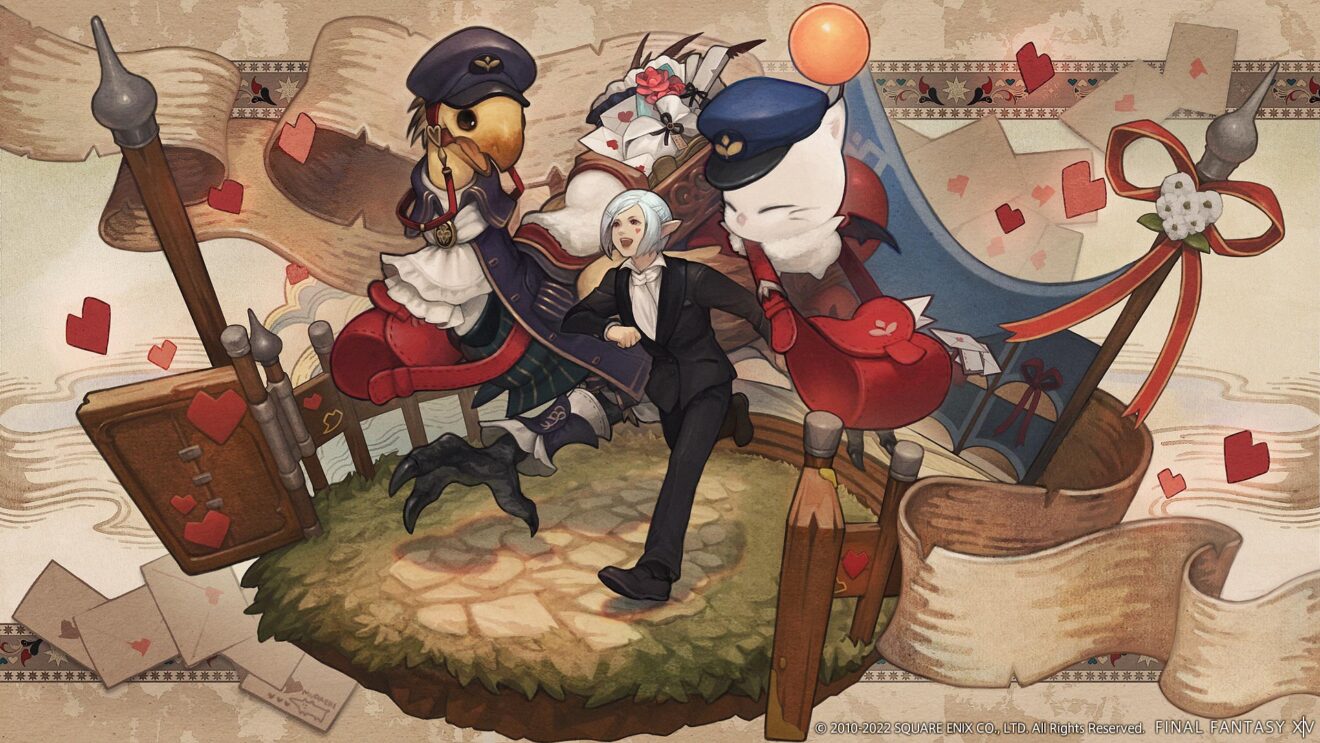 Square Enix has announced that Final Fantasy XIV‘s Valentines-themed event will return to the game next week on February 8th.

To start the event, players need to head to Old Gridania and find Lisette de Valentione, who is looking for some help on Valentione’s Day. Players must be at least level 15 to take part in the event.

As for rewards, players can earn the Postmoogle Barding for their Chocobo and the Valentione Mobile furnishing item for their house.

In other news, Square Enix recently announced that it will be sharing information about the next ten years of Final Fantasy XIV during an upcoming Letter from the Producer Live. Tune in on February 18th to find out what the future holds.