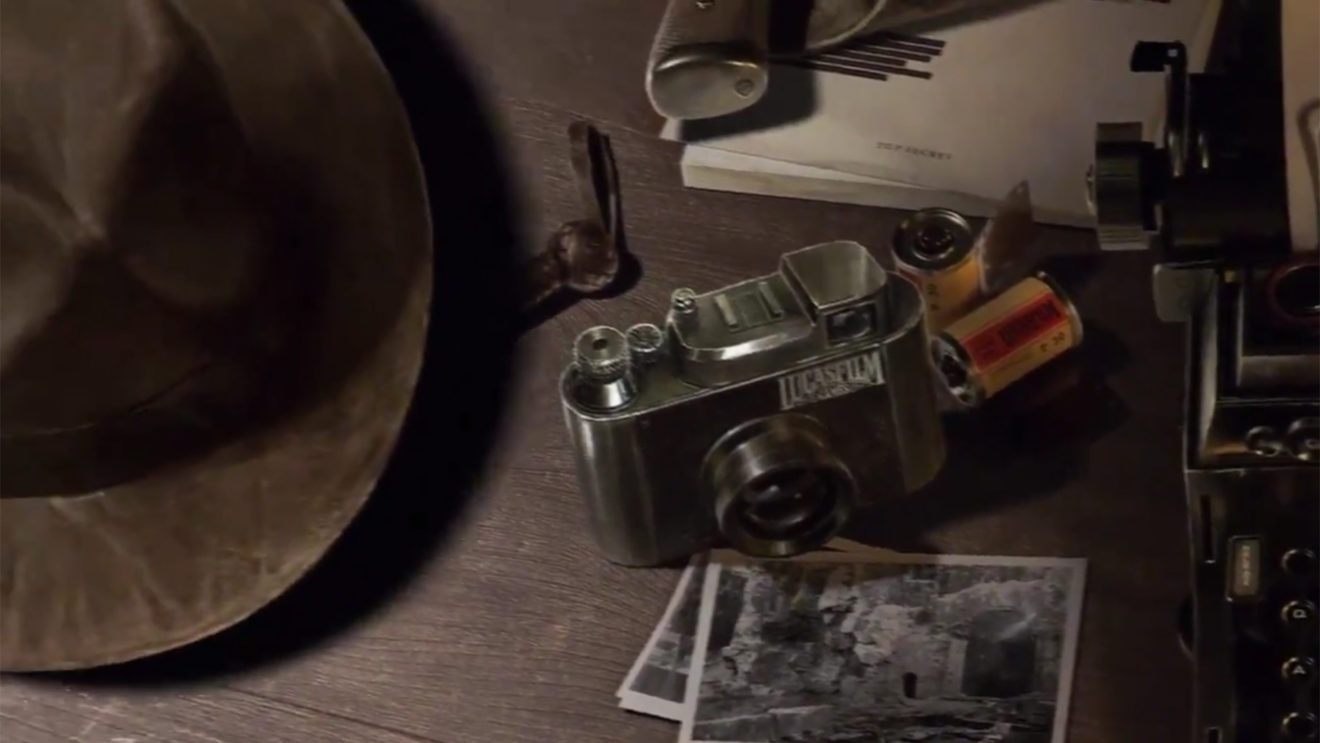 Elder Scrolls and Fallout director Todd Howard will executive produce the game in tandem with LucasFilm’s newly established games label. The game will feature an original story and will not be an adaptation of any of the films.

The announcement was made in the form of a brief teaser that purports to show the whip-cracking, Nazi-punching archeologist’s desk as he prepares to go on his next adventure.

Looking closely, the teaser seems to contain several clues as to where around the world the game will take Indy. Sketches of a Mesoamerican-style ziggurat and idol can be seen tucked under a journal at the beginning of the teaser, next to several books about forbidden stones and “ancient circles.”

The camera then pans over to what looks like a map of the Apostolic Palace grounds in Vatican City, going by the Sistine Chapel marker. In the typewriter next to the map, Indy appears to be writing a letter to one of Vatican City’s priests about traveling to the palace to do some research.

Next to that is the other major clue about the game’s setting, and that’s the when. A plane ticket to Rome is dated for October 1937. This would place the game between Raiders of the Lost Ark (which is set in 1936) and Indiana Jones and the Last Crusade (which is set in 1938). It seems unlikely that Indy’s father, Henry Jones, Sr., will play a role in the game, considering they haven’t spoken for years before Last Crusade, but it doesn’t rule out Indy’s other lovable companions like Marcus Brody and Sallah.

Whether or not Indiana Jones and friends will be once again facing off against Nazis is unclear, though MachineGames is best known for revitalizing a series that’s all about blasting Nazis to smithereens, so it’s a fair guess that there will be some punching of Nazis in there.

What’s funny is that Todd Howard seemingly teased the Indiana Jones game previously. Taking a page out of Phil Spencer’s book, Howard can be seen in a tweet from Game Awards producer Geoff Keighley with both the Ark of the Covenant and the Chachapoyan Fertility Idol from Raiders of the Lost Ark on the shelf behind him.

Bethesda stated that it will be “some time” before it can reveal more details about the game, but the biggest question that remains is what platforms the game will appear on.

Obviously, Microsoft acquired Bethesda parent company ZeniMax Media last year, so it’s safe to assume that we’ll be seeing both an Xbox Series X/S and PC version. But will Microsoft allow the game to be released on PlayStation 5, or will it take the opportunity to snag a huge exclusive for its own console family? So far, the only exclusives to come out of that deal are a couple of big compilations of Bethesda-published games. Neither Microsoft or Bethesda have commented on that.