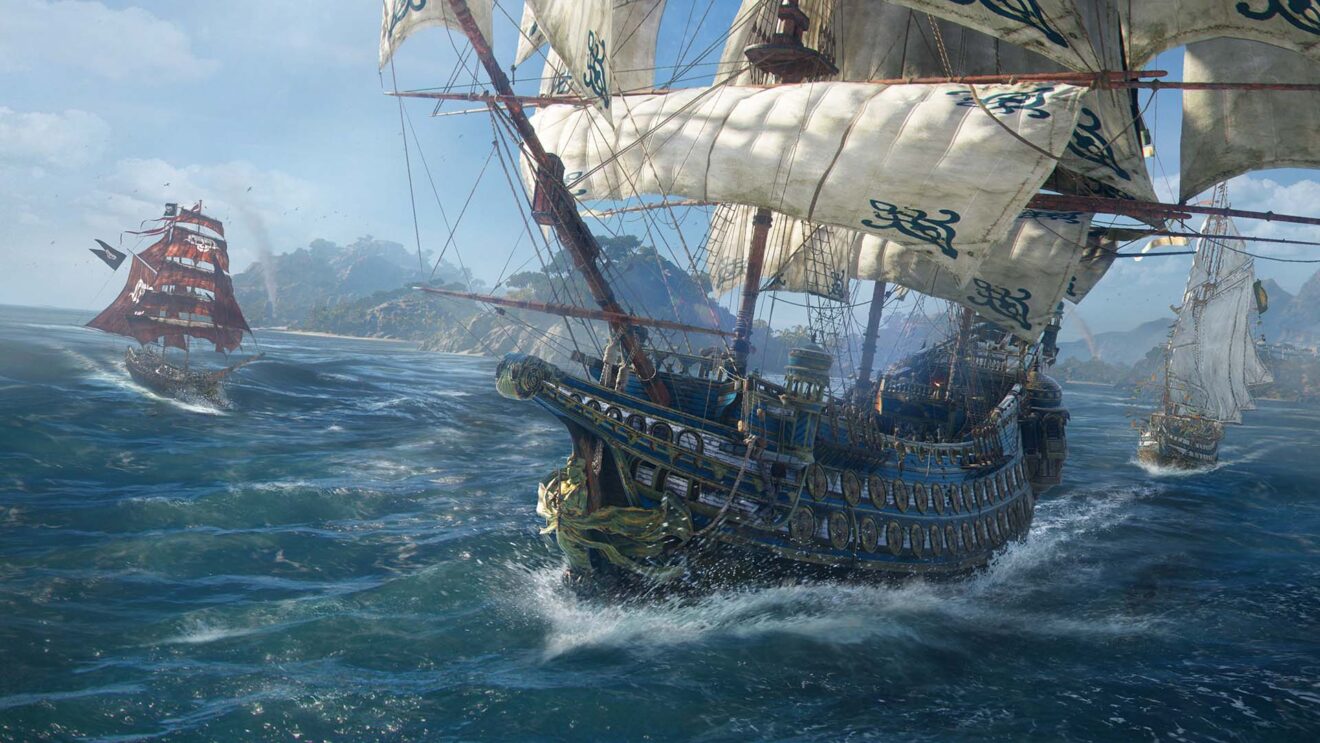 Ubisoft has released a document updating its financial targets for the remainder of the fiscal year, and in doing so has revealed more cancellations and another, vaguely timed delay for its beleaguered pirate game, Skull and Bones.

According to the document, Ubisoft “is facing major challenges as the industry continues to shift towards mega-brands,” and its “recent launches have not performed as well as expected,” namely Mario + Rabbids Sparks of Hope and Just Dance 2023. Because of this, Ubisoft has reevaluated its financial targets, and that’s resulted in some changes to its upcoming slate of releases.

For one, because Ubisoft is “focused on building our brands and live services into some of the most powerful within the industry,” it’s “decided to cancel three unannounced projects.” That’s on top of the four it already canceled in July 2022, which included Splinter Cell VR and the controversial Ghost Recon: Frontline. A new Ghost Recon game is reportedly well into development, though it’s doubtful that this is one of the cancelled games (if it exists), as Ubisoft lists Ghost Recon among its “strongest franchises.”

In addition to cancelling three more games that never even saw the light of day, Ubisoft also states that Skull and Bones “will now be released in early 2023-24.” Ubisoft’s fiscal years run from April 1st to March 31st, so best case scenario is that Skull and Bones is only delayed a few weeks from its scheduled March 9th launch date.

However, Ubisoft also says that the game will have an “upcoming beta phase.” The game’s official social media announced a new episode of its showcase series “The Deck” will debut on January 13th, so it’s possible we’ll get an announcement about beta start time then. If anything, the beta might now kick off on March 9th, with an full launch planned for later in the year.

As Ubisoft continues to transition towards more live-service models for its traditionally single-player experiences, one series at the forefront of that movement is Assassin’s Creed. Last September, Ubisoft unveiled the first phase of Assassin’s Creed Codename Infinity, a new platform that will serve as a hub for future titles in the franchise, including Codename Red and Codename Hexe. One of the publisher’s other major franchises, The Division, is also getting a new free-to-play live service title in the form of Heartland, which features a “massive PvEvP” online mode for up to 45 players.

Update: Skull and Bones developer Ubisoft Singapore has officially acknowledged the delay. In a social media post on January 12th, the developer announced that it “made the decision to delay Skull and Bones a little more.” The post doesn’t state exactly how long that delay will be.

The post goes on to remind fans about the “array of exciting content coming up on our social channels” starting with the upcoming episode of “The Deck” on January 13th. However, we don’t expect a new release date to show up there. “Additional information regarding our new release date and upcoming tests [sic] phases will be shared with you all very soon,” the statement continues.