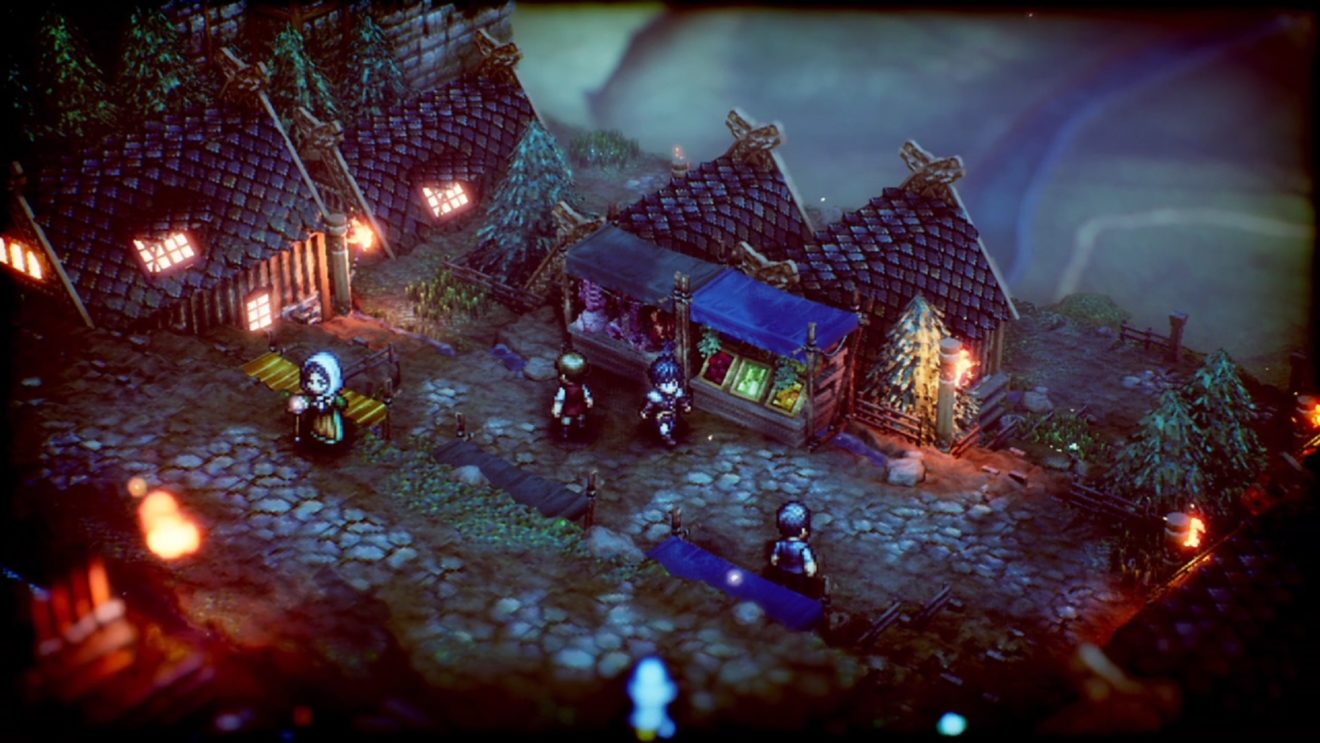 Nintendo hosted its first Direct presentation in over a year on February 17th, and announced a ton of new games like Mario Golf: Super Rush, Star Wars Hunters, Splatoon 3, and The Legend of Zelda: Skyward Sword HD.

Here’s everything else that was announced and shown off:

Hyrule Warriors: Age of Calamity is getting an expansion pack that will add new characters, new weapons, and more.

Project Triangle Strategy is the next “2D-HD” RPG from Square Enix, and it looks to be an interesting mix of tactical combat and decision-based storytelling that will make players ask themselves the tough questions. A demo version is available now on the Nintendo eShop.

Knockout City is a dodgeball multiplayer game that’s coming to Switch, PlayStation 4, Xbox One, and PC, with cross-play enabled. It’s published by EA and launching on May 21st.

Neon White is a “lightning fast first-person action game about exterminating demons in Heaven” from the creator of Donut County. Annapurna Interactive is publishing, and it sounds like Steve Blum (a.k.a. Spike Spiegel’s English dub actor from Cowboy Bebop) is voicing the main character.

Miitopia, the Nintendo 3DS RPG that stars your and your friends’ Miis, is coming to Switch on May 21st, too.

Super-assassin beat ’em up No More Heroes III got a new trailer and an official release date. It’s launching on August 27th.

Monster Hunter Rise got a new trailer that showed off a bunch of beasties like Apex monsters that we haven’t seen before and dove a little deeper into the story.

The classic Legend of Mana is getting a remaster for Nintendo Switch on June 24th.

One of the biggest surprises was that two Famicom Detective Club games are coming to North America for the first time in the form of The Missing Heir and The Girl Who Stands Behind. Both games are launching on May 14th and are sold separately.

DC Super Hero Girls: Teen Power features characters like Wonder Woman, Supergirl, Batgirl, and Harley Quinn teaming up to take on the bad guys and get makeovers. That one’s launching on June 4th.

Outer Wilds is coming over to Switch this summer.

Samurai Warriors 5 is also coming to Switch this summer, and the visuals definitely seem to have gotten an upgrade.

The narrative-driven Tales from the Borderlands is launching on the Switch March 24th.

Capcom Arcade Stadium is out today. You can grab it on the eShop.

Plants vs. Zombies: Battle for Neighborville is getting a Complete Edition for Nintendo Switch. That one’s launching on March 19th.

The creators of Danganronpa and Zero Escape are bringing World’s End Club to the Switch on May 28th.

The critically acclaimed roguelike action game Hades is getting a physical release on March 19th.

Ninja Gaiden Master Collection is coming to Switch, PS4, Xbox One, and PC on June 10th.

SaGa Frontier Remastered was given an April 15th release date.

Last but not least, Stubbs the Zombie in Rebel without a Pulse is coming to the Switch, PS4, Xbox One, PS5, Xbox Series X/S, and PC on March 16th.