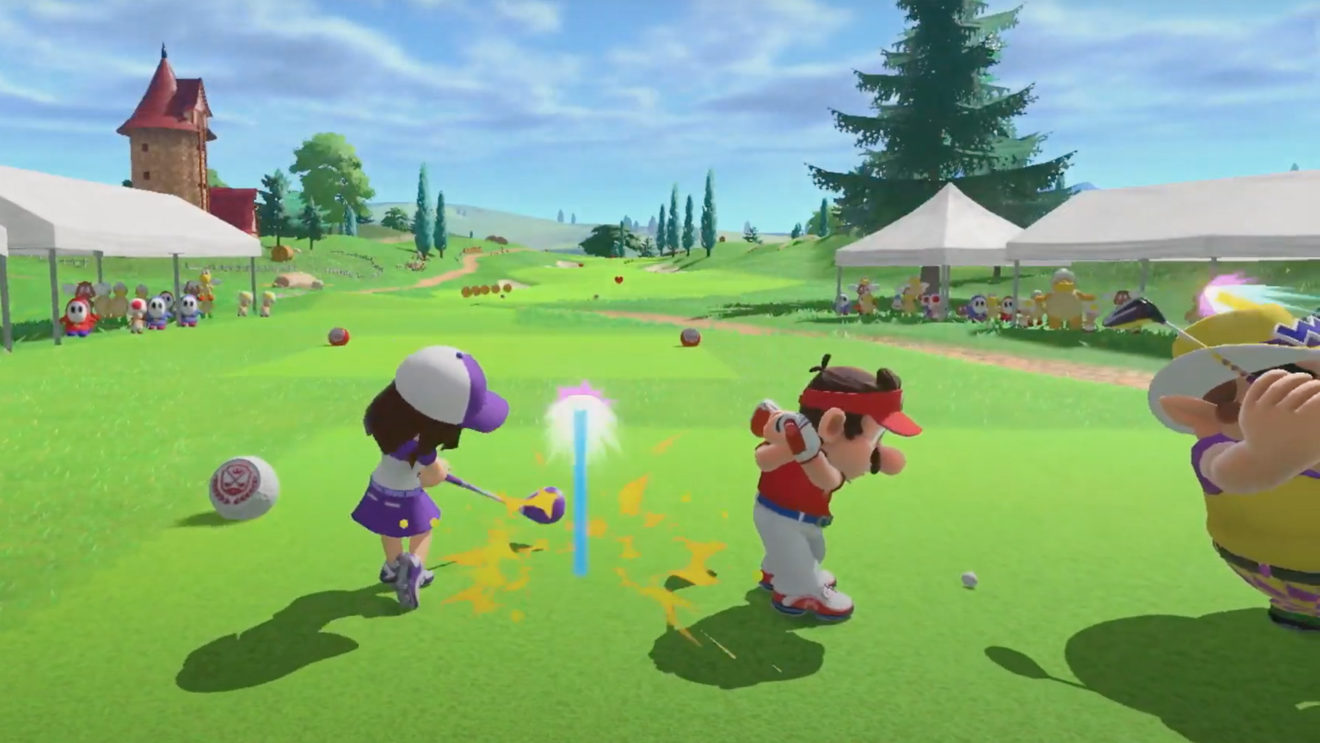 Nintendo has announced Mario Golf Super Rush for the Switch, and it’s launching on June 25th.

Super Rush will feature the same button controls that Mario Golf players are used to, but it will also allow players to use motion controls with the Switch’s Joy-Cons.

The next entry in Mario Golf will introduce two new modes. Speed Golf will see players dashing to the ball between hits and using special shots to drain the ball in the cup first.

The other new mode is Story Mode. Players will play as their Mii character and level up their character by completing challenges and winning tournaments. Players can spend XP on four different categories: Speed, Stamina, Control, and Spin. Miis can also be used in versus modes.