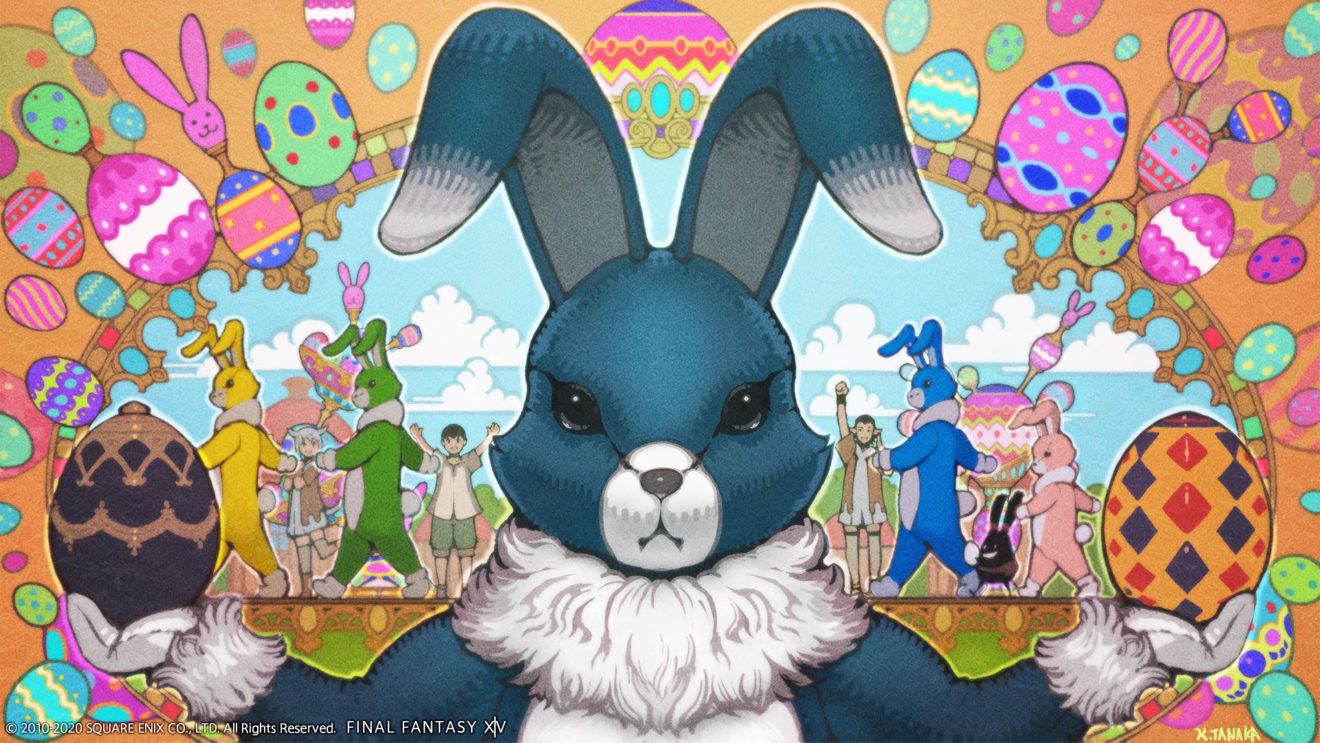 Final Fantasy XIV’s Easter-themed Hatching-tide event is making its return to the game on March 30th, Square Enix has announced.

The event will be split into two chapters and requires players to head on over to Old Gridania and pay a visit to the Revelrous Rabbit to begin the questline. Chapter one is scheduled to run until April 5th at 7:59 a.m. PT, with the second chapter to follow from April 5th through April 13th.

During the event, players can unlock the Rabbit Suit, Dapper Rabbit Suit, and Rabbit Head customization items, as well as the Stuffed Rabbit and Hatching-tide Advertisement furniture items. Certain items from previous iterations of the seasonal event will also be available to purchase from the Egg Advocate.