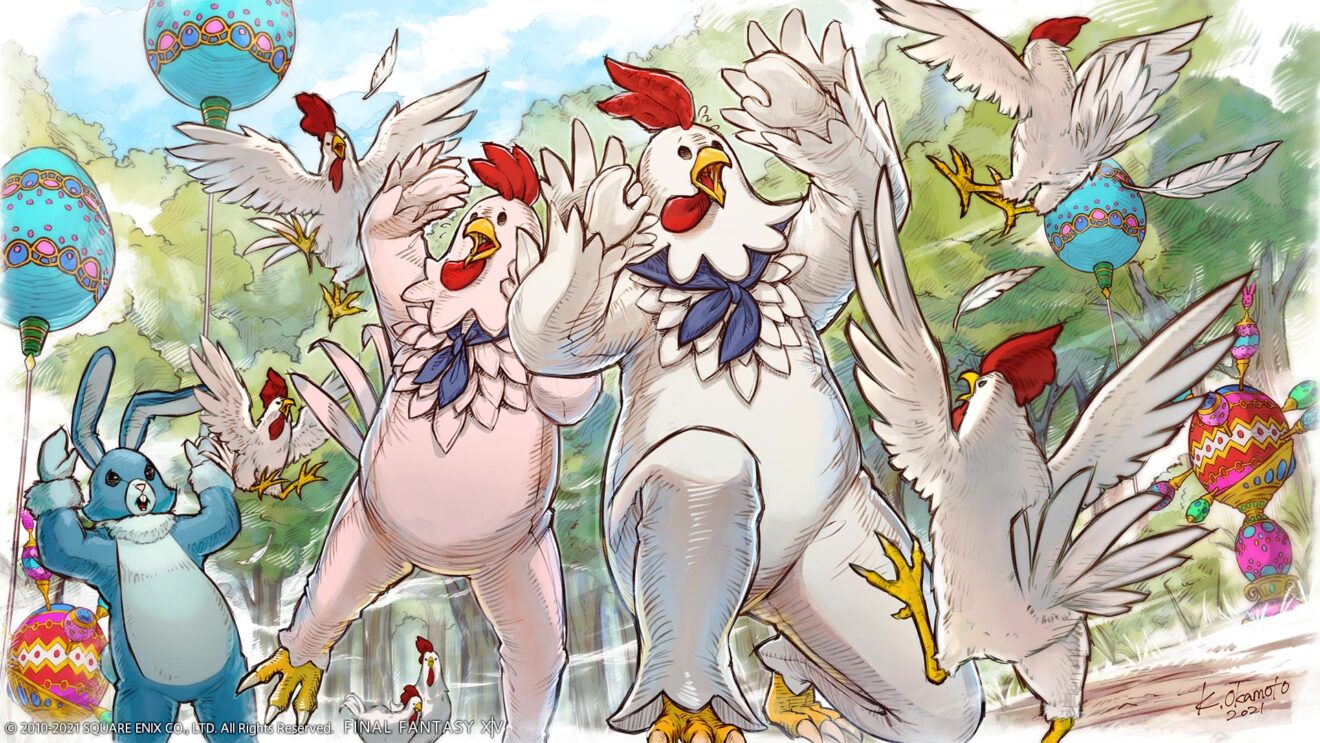 Square Enix has announced that Final Fantasy XIV’s Easter-themed Hatching-tide event will return to the game on April 14th.

The event will stick around until April 28th and asks players to help out Jihli Aliapoh, who can be found in Old Gridania. Players who lend a hand will receive the Chicken Head, Chicken Suit, Hatching-tide Confections, and Archon Egg Pouch.

In other news, Final Fantasy XIV’s next update is scheduled to arrive on April 13th. Death Unto Dawn includes the next NieR Alliance Raid, a new dungeon, an Unreal difficulty fight against Leviathan, and more.