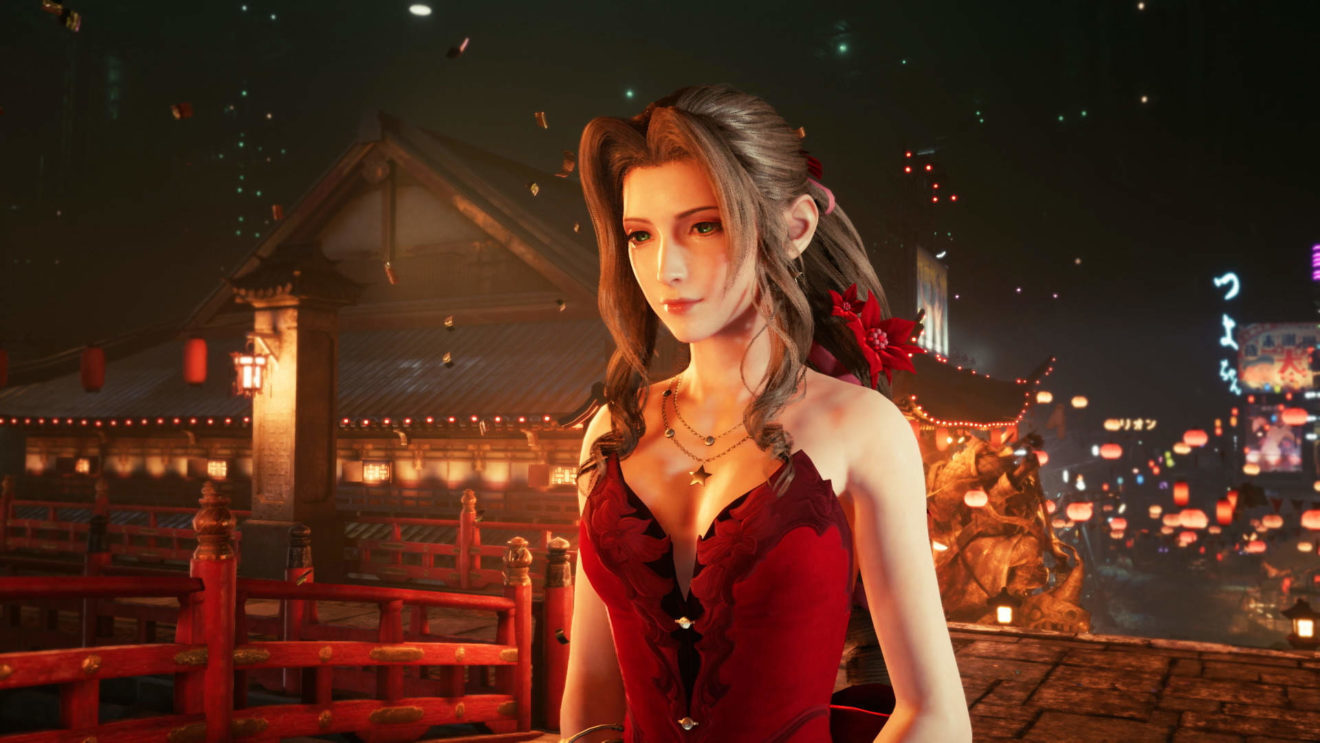 Square Enix has shared a new batch of screenshots for Final Fantasy VII Remake that show off characters and environments.

In addition to the above, we also get to see the Wall Market itself, which is Midgar’s biggest market that has been built on the ruins of the collapsed Sector 6 plate. The market is home to Corneo’s Colosseum, in which players will be able to battle human opponents and monsters, and the Honeybee Inn, the area’s premier nightclub.

In other news, Square Enix recently unveiled three PlayStation 4 dynamic themes for the upcoming remake that will be available for free from various locations.