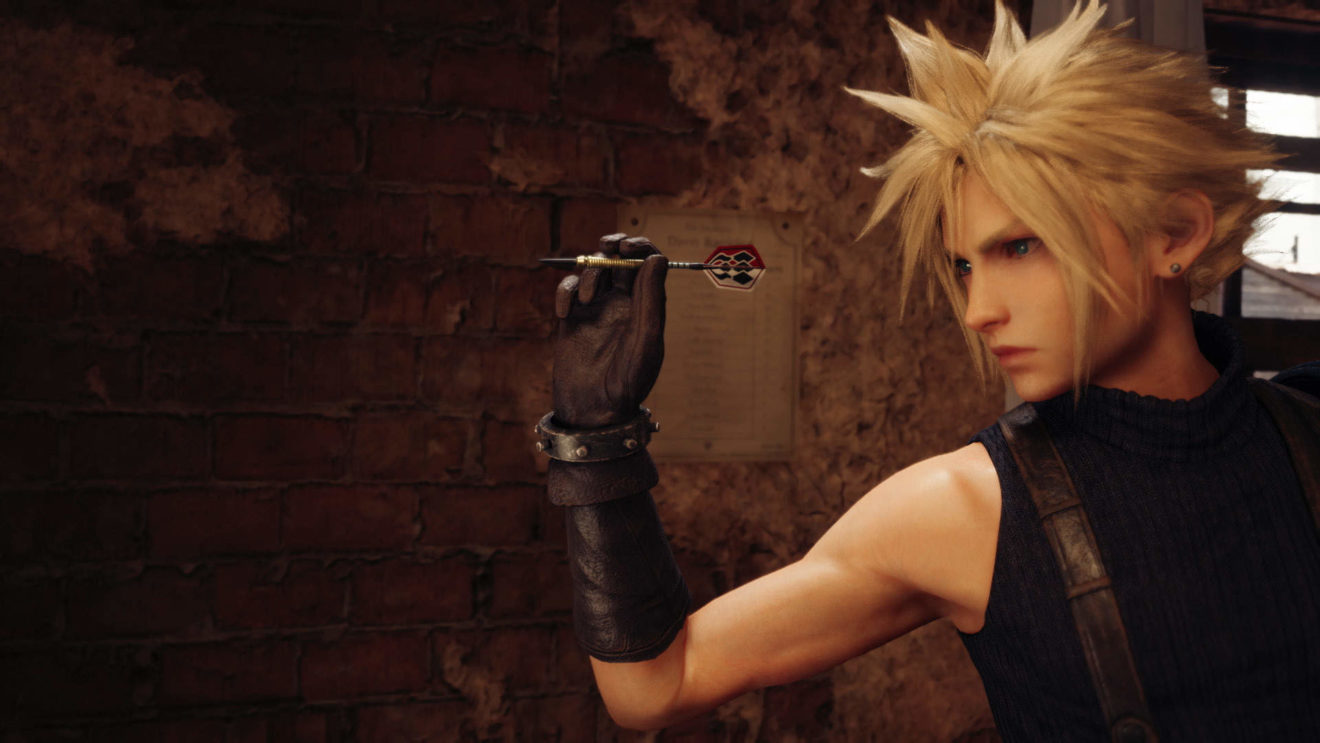 Square Enix has delivered a new batch of screenshots for its upcoming remake of Final Fantasy VII.

In the screenshots below we get a look at weapon upgrades and Materia, the Chocobo and Moogle summon, the darts mini-game in Seventh Heaven, several characters, and more.

In addition to sharing new screenshots, director Tetsuya Nomura revealed in a Square Enix blog post that the upcoming remake will feature new bosses, including a tease of a new final boss for Midgar.

“With regard to new characters, of whom I said during past interviews that there would be ‘none’ – though they aren’t main characters, their numbers ended up growing considerably in the process of creating a rich depiction of Midgar,” he said. “When you think of Midgar’s final boss, you probably think of the M.O.T.O.R., but in this game new bosses will appear and add to the excitement of the story even more.”