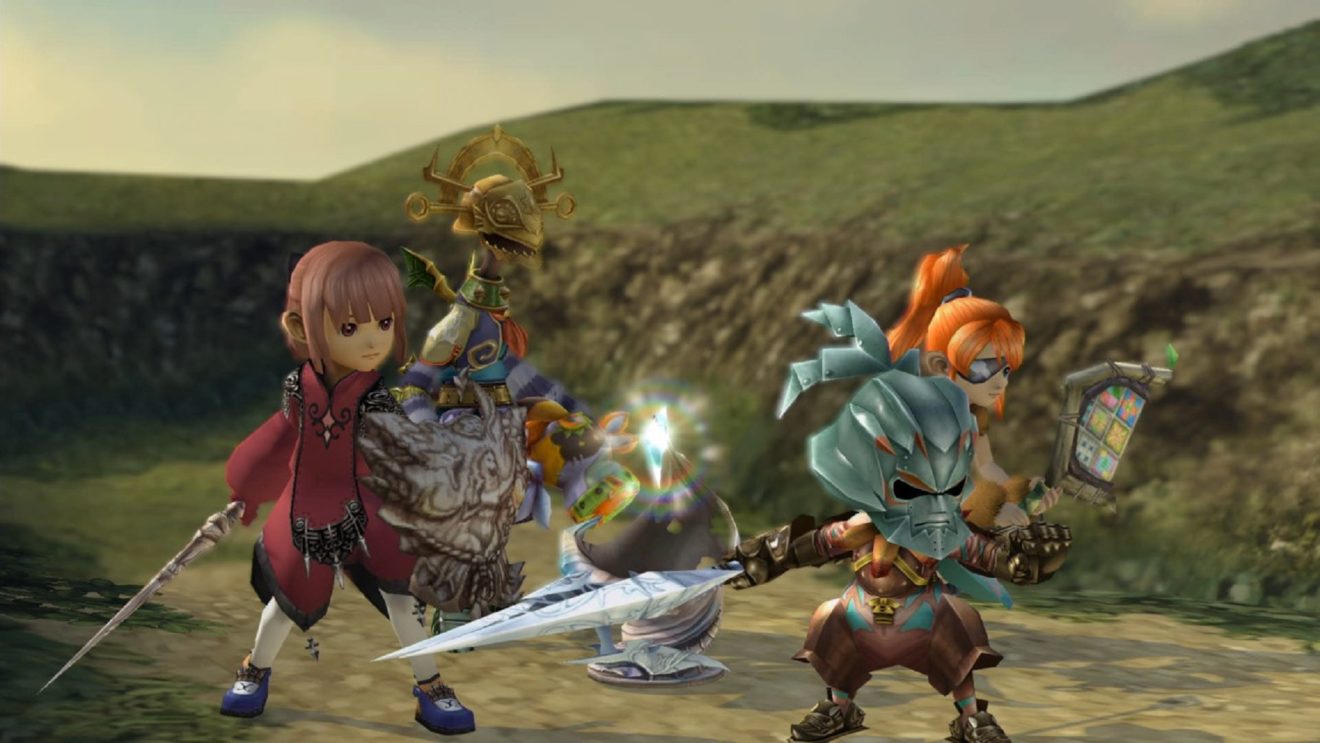 The remaster features enhanced visuals and audio, new items, and new dungeons and bosses for players to tackle. Joining these upgrades is the introduction of online multiplayer with support for cross-platform play between all versions.

A new feature is also being introduced in the remaster called Mimic. This new addition allows players to acquire crystals that will change their character’s appearance to that of another Crystal Chronicles character. These crystals can be acquired by collecting Moogle Stamps or completing difficult dungeons.