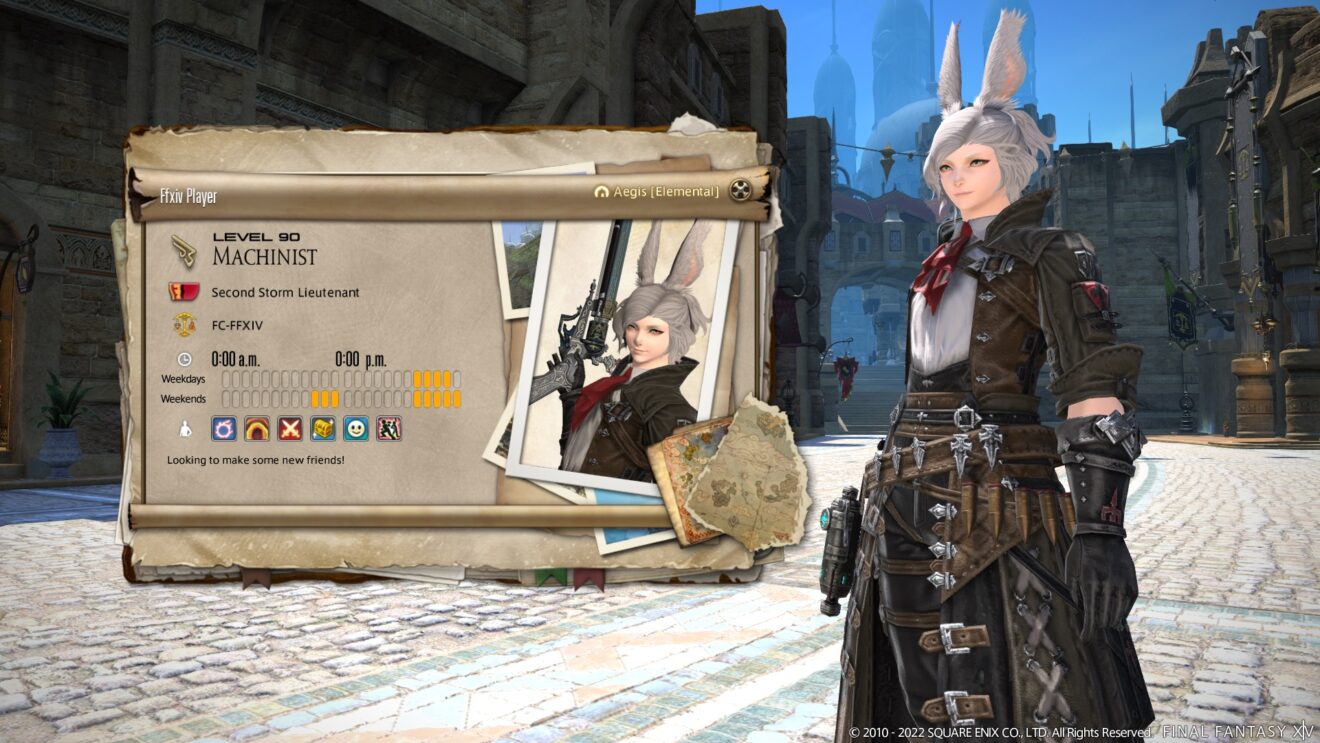 These new screenshots offer a look at the Adventurer Plates feature, which will be entering beta in 6.1. This new feature acts as a public profile for players and allows them to set a portrait, show their active times and playstyle, and more. The chosen portrait will also be used in the new Crystalline Conflict PvP mode coming in this update.

Also shown off are the Dreamfitting feature, which allows players to try on items from the FFXIV Online Store, and The Unending Codex, a new addition that offers “vital information” about in-game terminology, characters, and story.

Additionally, some of the content coming in Update 6.15 is featured in the screenshots below, including the Arkasodara Tribal Quests, new Hildibrand Adventures, and Custom Deliveries for Ameliance Leveilleur.

Update 6.1 is scheduled to arrive on April 12th and also includes the Ishgard residential district, new main scenario quests, the Tataru’s Grand Endeavor side quest series, an Unreal version of the Ultima fight, and the start of the Myths of the Realm Alliance raid series.