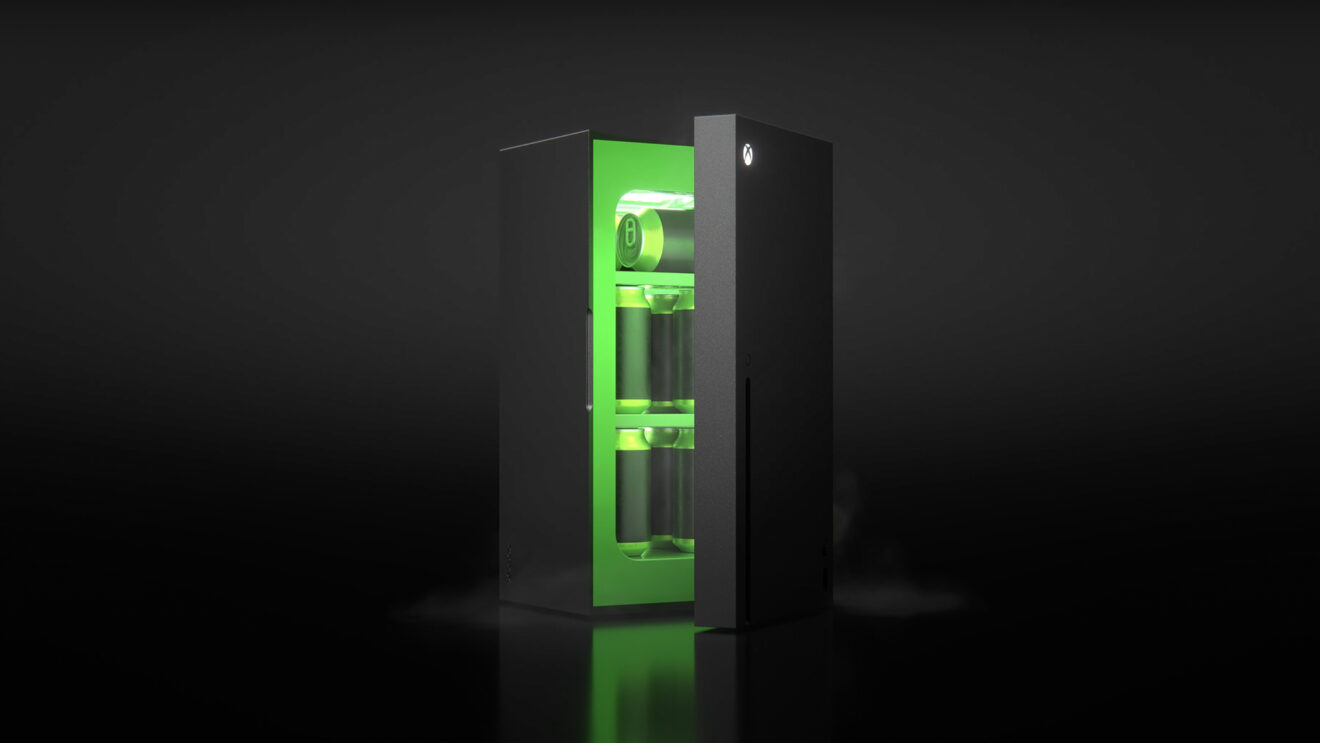 Microsoft brought out some huge announcements for its Xbox E3 showcase, including a release date for Bethesda’s space RPG Starfield, a Halo Infinite multiplayer trailer, the reveal of Forza Horizon 5, and Redfall, a new open-world vampire shooter from Arkane Studios. But there were plenty of smaller announcements and trailers as well, so we thought we’d round them up in one place for you.

Remember when we all laughed about how the Xbox Series X looked like a refrigerator? Well, no one’s laughing now. Microsoft confirmed plans to release a mini fridge that looks exactly like its latest high-end console. It’s coming holiday 2021.

Next up, Age of Empires IV got a new gameplay trailer and release date. The game will be out on PC October 28th, 2021, available to Xbox Game Pass subscribers day one.

Speaking of Game Pass, Microsoft and Sega confirmed a long-standing rumor: that Yakuza: Like a Dragon will come to the subscription service. The game is available to subscribers from today on Xbox, PC, and cloud.

In yet more Game Pass news, Bethesda’s Pete Hines confirmed that 10 more titles from the publisher will come to Game Pass today: Arx Fatalis, Dishonored: Death of the Outsider, Doom, The Evil Within 2, Rage, Wolfenstein II: The New Colossus, Fallout, Fallout 2, Fallout Tactics, and Fallout 3. (The classic Fallout games and Arx Fatalis are only playable on PC.) And on June 29th, Doom Eternal (already part of Game Pass) will get an update optimizing the game for Xbox Series X and Series S, allowing for 60 FPS gameplay with ray-tracing. The upgrade will be free for everyone who already owns the game (or grabs it through Game Pass).

Bethesda also revealed two new trailers for content updates on the way to Fallout 76. First is the Steel Reign expansion, which continues the ongoing story about the Brotherhood of Steel.

Next is a teaser for an upcoming Expedition that will send players to the Pitt, the post-apocalyptic version of Pittsburgh that originally appeared in Fallout 3 DLC.

As for Bethesda’s other big online RPG, we got a trailer for the Console Enhanced edition of The Elder Scrolls Online, which arrives on June 15th. (That’s coming to Xbox Series X/S, but also to PS5.)

In other first-party news, Obsidian revealed the next major update to it’s Honey, I Shrunk the Kids–inspired survival game, Grounded. The Shroom and Doom update will bring achievements, mushrooms, sitting, and a big new spider boss, the Broodmother. That’s out on June 30th.

That brings us to the smaller third-party titles, all of which will be available to Xbox Game Pass subscribers.

First on this front is 12 Minutes, the time-loop thriller starring Daisy Ridley, James McAvoy, and Willem Dafoe. In addition to a new trailer, we also got the release date: August 19th, 2021.

Also shown was an update for the viral hit Among Us, which will bring 15-player lobbies to the game on June 15th.

Supergiant’s hit roguelike Hades also made an appearance. The game will come to Xbox One and Xbox Series X/S August 13th, 2021.

Next up is Party Animals, a goofy physics-based multiplayer game that looks like a spiritual successor to Gang Beasts. It’ll arrive on Xbox in 2022, having launched on PS4 and PC back in 2020.

Indie studio Jumpship also showed off Somerville, an adventure game in the vein of Playdead’s Limbo and Inside. (No surprise, as the studio’s founder previously worked at Playdead.) That’s also out in 2022.

Another new announcement was Slime Rancher 2, a sequel to the chill, much-loved 2017 game. Another 2022 release here.

Out in December is Shredders, a snowboarding game inspired in part by the OG Xbox–exclusive Amped series.

Co-op action-shooter RPG The Ascent also made an appearance ahead of its July 29th launch.

Rounding things out are two games in the Eiyuden Chronicle series, a spiritual successor to Suikoden. While the main game in the series, Eiyuden Chronicle: Hundred Heroes, appears to have been delayed out of next year and into 2023, developer Rabbit & Bear Studios will bridge the gap with a side-scrolling spin-off—Eiyuden Chronicle Rising—that will be out in 2022.

Josh Harmon
Josh picked up a controller when he was 3 years old and hasn’t looked back since. This has made him particularly vulnerable to attacks from behind. He fell in love with EGM during the Dan Hsu era, so joining the magazine as an intern way back in 2012 felt like a dream come true. Now, as Editorial Director, he’s excited to lead EGM somewhere new.
Share
Post tagsXboxE3 2021