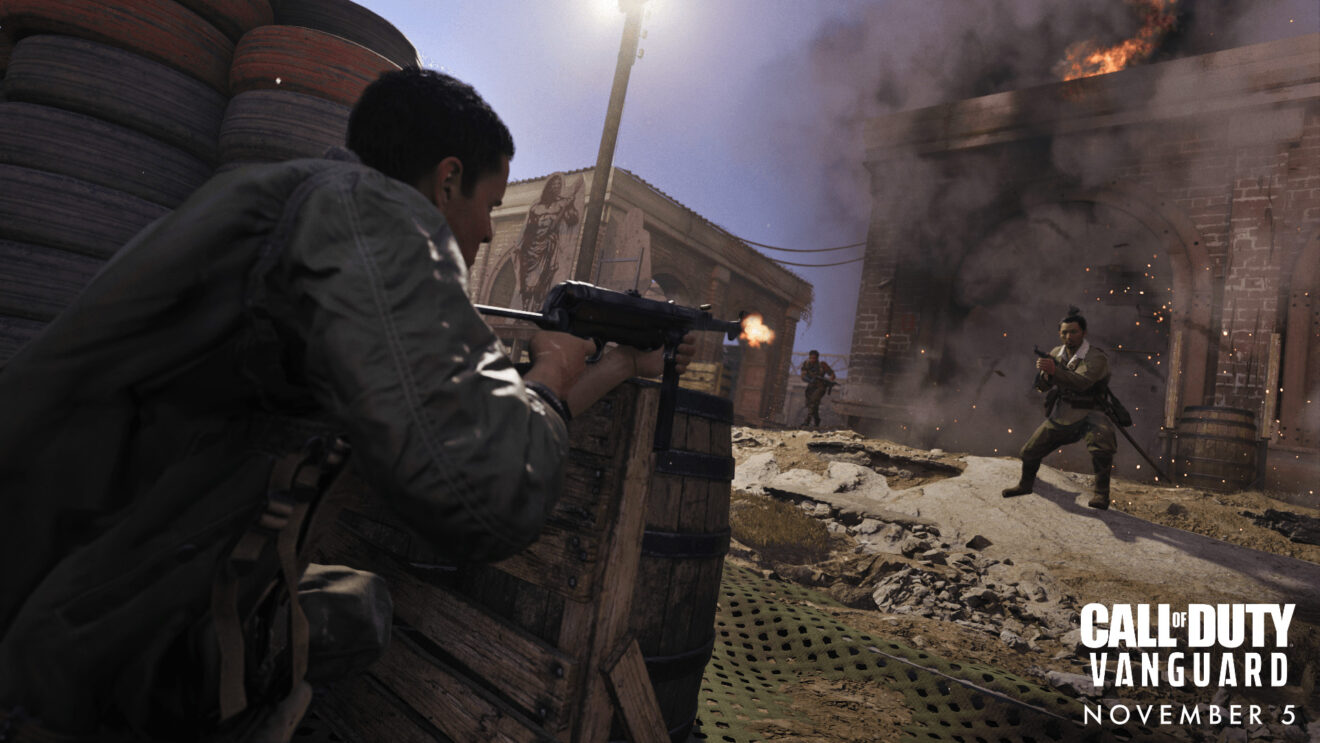 Call of Duty: Vanguard reveals changes to expect in the upcoming beta

Call of Duty: Vanguard may have just wrapped up its alpha, but developer Sledgehammer Games is already pushing full-steam ahead towards an open beta.

To that end, the studio’s latest blog post outlines the improvements it’s making to the game in response to player feedback from the alpha. It’s also previewed the content that will be in the beta.

Here’s a list of the changes Sledgehammer says you can expect when you hop into the beta:

Damage Overlay:
-Refined the damage overlay when injured to help maintain visibility.
Lighting:
-Reduced the density of sun fog.
-Increased the rim light around players to help separate them from the background.
-Adjusted overall exposure—aka we turned up the lights.

The audio team has made improvements to weapon sounds that will be ready in time for Beta including:

CHAMPION HILL SPAWN TUNING
Throughout the Champion Hill Alpha, we observed spawn issues that resulted in players spawning very close to other players. To address this, the design team has adjusted the spawns on Champion Hill.

-We’ve tuned spawn locations and adjusted overall spawn logic. Hopefully, this should eliminate any more Angela & Dwight spawn scares.
-We’ve done away with that one spawn in Courtyard that forced you to have 3 seconds of awkward eye contact with your opponent. You know the one.

FIXES IN THE PIPELINE

We received reports of nameplate visibility issues and aim assist tracking through destructible walls. While these fixes probably won’t be ready before Beta, we assure you they will be addressed before launch. Here’s which issues we’ve identified for fixes and a little information about why these bugs are happening:

-We identified a destructible wall in Champion Hill with a mismatched collision model. Even though it appeared as a solid wall, there was a hole allowing the raycast to pass through and show nameplates.
-Note: Nameplate visibility works by doing a raycast from you to other players. If there’s something blocking it, the nameplate shouldn’t be visible. Please keep this in mind while playing and make a report if something seems off.
-We are aware there are more nametag and aim assist-related issues and have an ongoing investigation on how to resolve them. Gameplay clips have been a great resource for our teams to find and squash these problems, so keep them coming.

As for the content players will be able to try out in the beta, it looks like a decent selection. There will be six modes on offer, with some rotating in as the test progresses: Champion Hill (in Solos, Duos, Trios), Team Deathmatch, Domination, Kill Confirmed, Search and Destroy (starting in the second beta weekend), and Patrol (starting Saturday of the first weekend). That last mode, Patrol, will be new to Vanguard. It’s a riff on Hardpoint that “features a scoring zone in near-constant motion,” according to Sledge.

There will also be six playable operators—Daniel Takeyatsu, Roland Zeimet, Lucas Riggs, Polina Petrova, Wade Jackson, and Arthur Kingsley—and five maps to test out: Champion Hill, Hotel Royal, Gavutu, Red Star, and Eagle’s Nest (for the second weekend). In the core multiplayer modes, you’ll be able to level your weapons up to level 30, whereas Champion Hill will feature three rotating weapon sets throughout the beta.

Finally, the beta will include a new “combat pacing” feature that allows you to matchmake into lobbies that suit the kind of multiplayer experience you’re looking for. Tactical will always be 6v6, Assault will vary between 20-28 players per lobby, and Blitz will vary between 28-48 players.