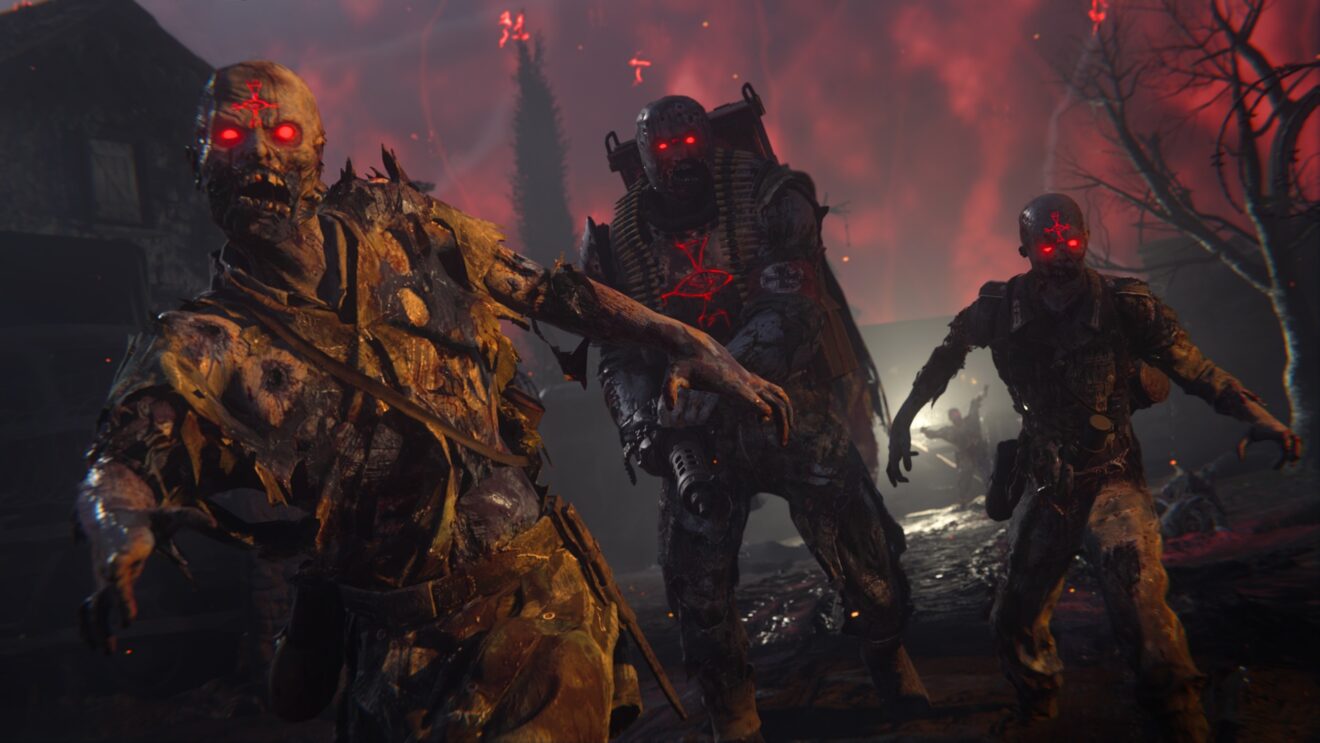 Treyarch has shared some new details about Call of Duty: Vanguard‘s Zombies mode ahead of the game’s release later this week.

To start with, players will be able to form a bond with four Dark Aether entities known as Saraxis the Shadow, Bellekar the Warlock, Inviktor the Destroyer, and Norticus the Conqueror to aid in the fight against Kortifex. These entities will provide commentary throughout the game as well as the following bonuses:

In addition to Artifacts, Vanguard Zombies introduces the Altar of Covenants, which are powerful new abilities that can be equipped during matches. Players will have access to 11 of these Covenants at launch, with multiple rarities available for each. Players can have three Covenants active at any one time and the available Covenants will change after each objective. Take a look at the full list below:

Finally, Vanguard offers players a new set of upgradeable perks to choose from. As players complete objectives and unlock new areas of the forward operating base they will gain access to Perk Fountains. Unlike previous games, the first tier of each perk is free, with each being able to upgrade to Tier IV during a match by spending Essence. The five perks are:

“In another Zombies first, you’ll keep the base-level Perks you’ve acquired so far if you’re downed, since the first Tier is free. But beware: you’ll also lose one Tier from each of your Perks, which can be devastating in high rounds,” Treyarch adds. “Remember, upgrading from Tier 3 to 4 costs far more than going from Tier 1 to 2, so you’ll need to stack your upgrades carefully to avoid bankrupting your Essence after you go down. Choose wisely.”