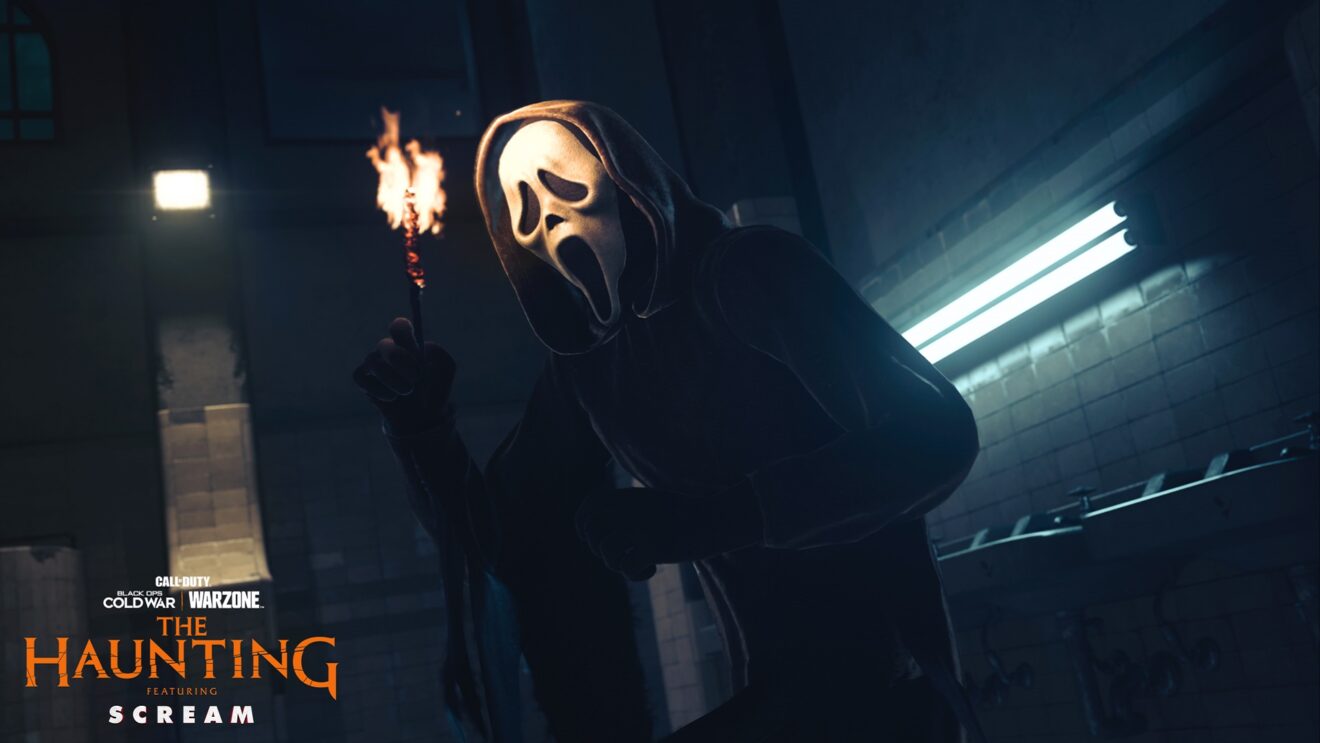 In addition to Ghostface, Frank the Rabbit from Donnie Darko is also on the way. Starting October 24th, players can pick up the Tracer Pack: Donnie Darko Limited-Time Bundle that features the “Frank the Rabbit” Operator Skin for Baker, the “Sky is Falling” Finishing Move, three Legendary Blueprints, a Weapon Charm, a Calling Card, an Emblem, and a Watch.

The Haunting also gives players the chance to earn the new LAPA SMG. Both Black Ops Cold War and Warzone will have a set of nine challenges to complete that reward 19 items, including the new weapon for completing the set in either game. Players who don’t wish to wait can unlock the weapon instantly by purchasing the Terrible End bundle.

Additionally, Nuketown gets a Halloween makeover, Infected returns, and there’s a new Scream Deathmatch mode, which turns two players into Ghostface and tasks them with hunting down and killing the Survivors.

Finally, Life After Death comes to Warzone. In this mode, defeated Operators will return to the fight as Ghosts with Super Jump, Spectral Blast, and Teleportation abilities. Ghosts do not have weapons, but can melee living Operators. Ghosts who manage to defeat three Operators and collect their Souls can respawn back as a member of the living. This can also be achieved with just a single soul by using a finishing move on a living Operator.