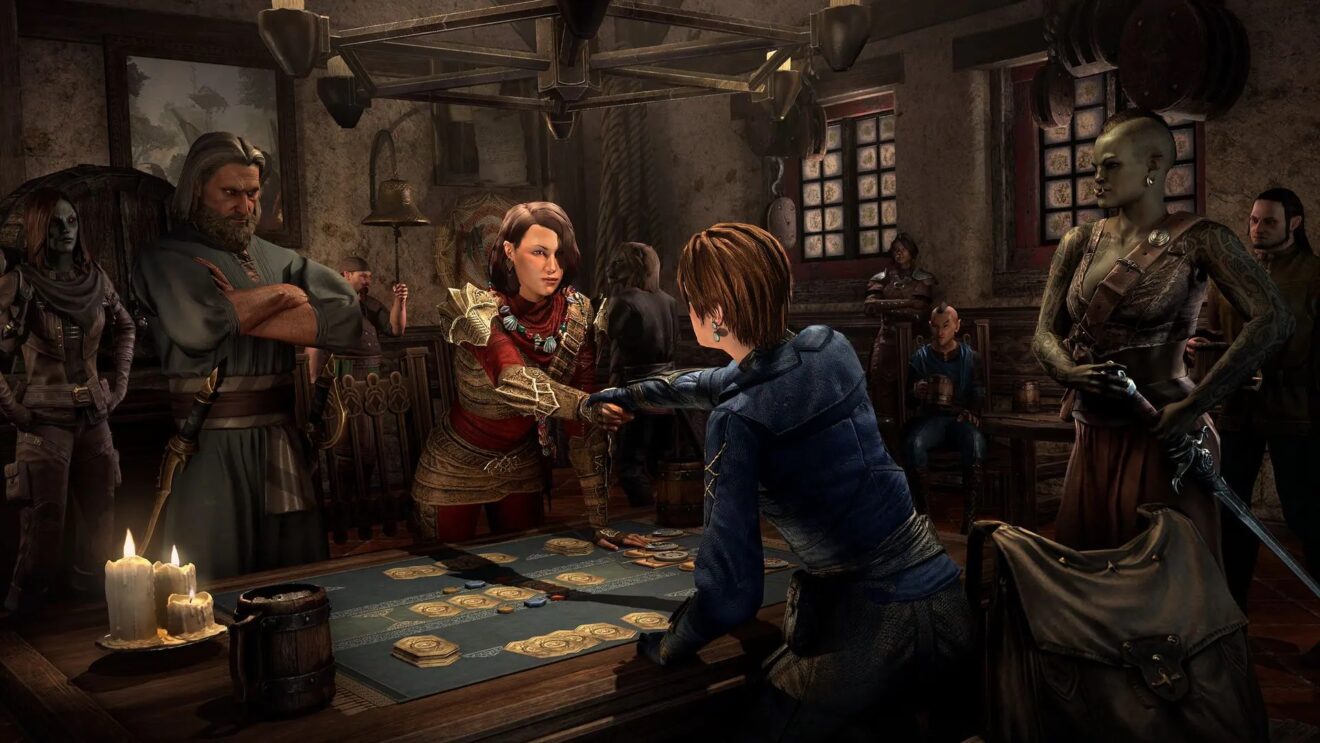 High Isle lets players continue their Legacy of the Bretons adventure by visiting the Systres Archipelago. While here, players can explore High Isle and a second location called Amenos, which is described as “an inhospitable penal island for political prisoners, criminals, and malcontents.” The nobles of the Systres are being threatened by the mysterious Ascendant Order and it’s up to players to investigate.

In addition to new story content, this Chapter introduces a new card game called Tales of Tribute. Visit any tavern in Tamriel to challenge patrons to this deck-building card game with its own leaderboards, questline, and rewards.

The Elder Scrolls Online: High Isle is available now on PC and is coming to consoles on June 21st.