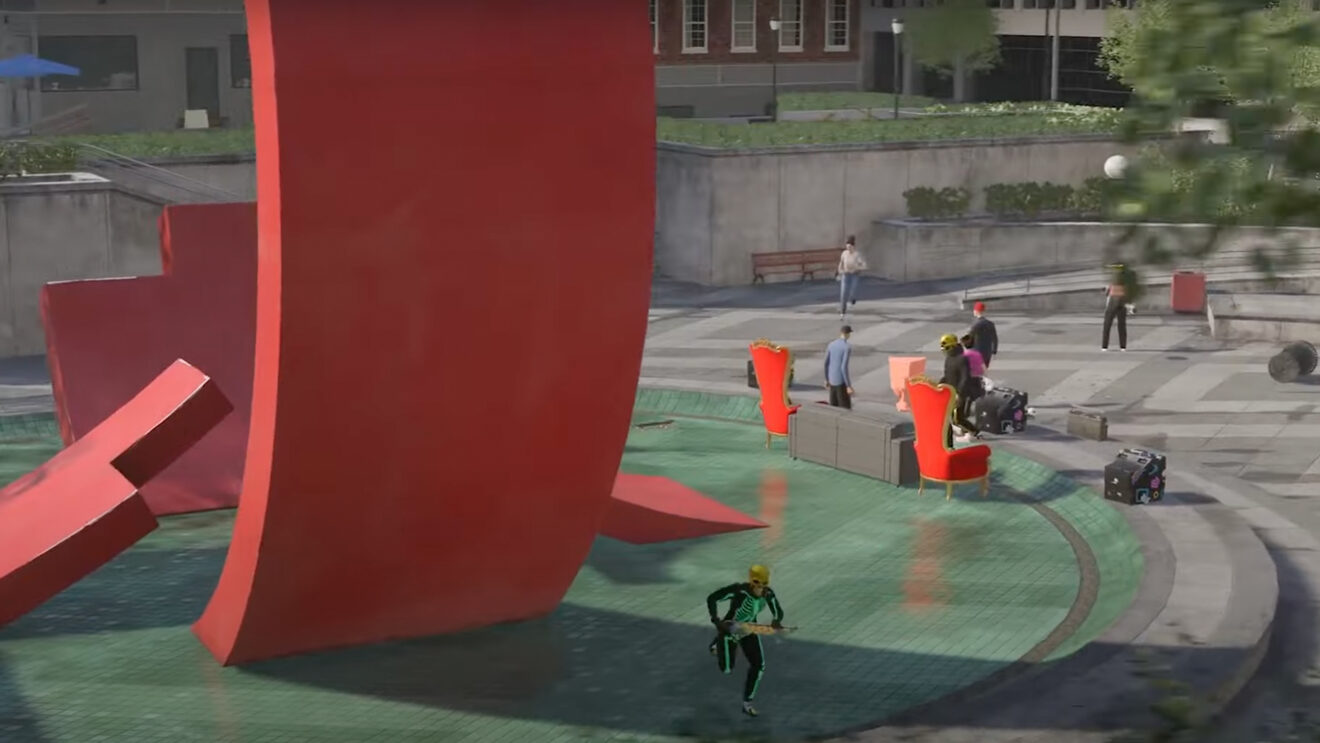 It’s skate. o’clock again, with EA and Full Circle releasing the second episode of their dev diary series, The Board Room. With 15 minutes of developer discussions and gameplay footage, it’s another meaty look at the upcoming free-to-play revival, offering plenty of insights into gameplay changes and the game’s setting, San Vansterdam.

As for what you’ll experience on the board, lead gameplay designer Ryan Pelcz shared that skate. will introduce grind leans and grind transitions without leaving the rail, a proper lip trick system, improved power slides and reverts, and control over the speed of lip tricks.

Full Circle is also focused on off-board gameplay, with the ability to climb introducing more verticality and exploration. But the goal is to make anything you can do off the board tie in seamlessly to what you can do on it, Pelcz said. “We’re not adding anything that doesn’t also amplify what you can do with skating. So you can jump off of your board and swing onto a bar, fly off, and then land back on your board, for example,” he explained.

As far as the game’s open-world setting, most of the excitement is in the new footage, not any specific announcements. But lead level designer Elliott Walton did highlight two key points. First, all that leaked footage from early tests doesn’t reflect the final design of the game’s map. Instead, that gameplay showed a map called Fun City that the team built specifically to test gameplay concepts and development tools. The actual city of San Vansterdam is only now starting to come together, with a downtown area used a closed playtest earlier this month (and an official trailer).

As for Full Circle’s goals in designing the new San Van, Walton said the team is prioritizing realism alongside playability. “It’s key for us to create a city where skateboarding feels accessible but doesn’t lean too far into that [feeling of] ‘The city is a skate park.’ We want it to feel like a real place,” he said.

While it’s not earth-shattering news, another neat detail came from Matt Derksen, the game’s senior animation director. He confirmed that the skate. team is capturing all new motion capture data, with takes up to two minutes long, allowing animators to collect data not just on successful tricks but on all failed attempts as well.

Still, if you’re one of the millions of people eagerly anticipating skate., it’s probably worth setting aside 15 minutes and watching the whole episode for yourself. The footage cut into the discussion, and particularly the sizzle reel from the most recent gameplay test, are the sort of thing you should see, not just read about. You can check out the video below.

skate. had no release window beyond “when it’s ready.” It’s headed for PlayStation 5, Xbox Series X/S, PlayStation 4, Xbox One, Windows PC, and mobile.

Josh Harmon
Josh picked up a controller when he was 3 years old and hasn’t looked back since. This has made him particularly vulnerable to attacks from behind. He fell in love with EGM during the Dan Hsu era, so joining the magazine as an intern way back in 2012 felt like a dream come true. Now, as Editorial Director, he’s excited to lead EGM somewhere new.
Share
Post tagsSkateskate.