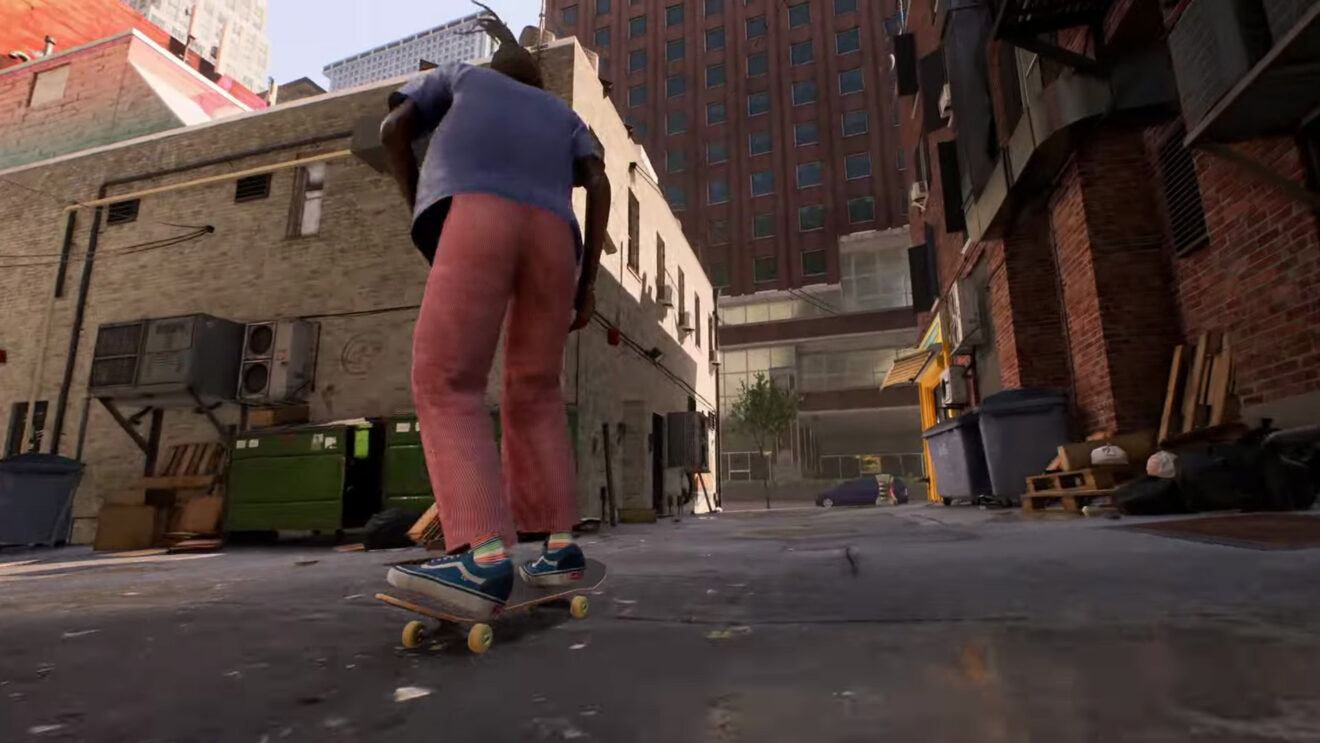 This is not a drill: EA and Full Circle have released the first gameplay trailer for skate., the long-awaited next entry in the extreme sports series.

Much of the footage in this trailer is what you might call “extremely work-in-progress,” with blocky, untextured environments and placeholder character models. The transparency is unusual, but also kind of refreshing.

Still, Full Circle does include a bit of footage at the end that seems a lot more in line with what you’d expect from a game trailer, with fully detailed environments and characters. This early in development, it’s obviously still just a target for what the studio wants to do with the entire game, but it’s an exciting one.

The graphics and environments look stellar, especially for this early in development. Off-board mobility looks greatly improved, with climbing, and wall-running, and maybe even some genuine parkour between rooftops. The skating itself looks smooth and in line with previous entries. But what might be most telling is the footage’s emphasis on a bunch of multiple skaters—around a dozen or more—sharing the same space and skating together.

While previous Skate games had multiplayer support, online play looks to be a much bigger focus here. Based on this trailer, in fact, we wouldn’t be surprised if the game is shooting for a seamless, shared-world multiplayer experience akin to, say, GTA Online.

Another aspect of the trailer that sheds light on the game is a series of requests and ideas from fans that pop up onscreen, with the narrator saying Full Circle hears them. And while it’s not a guarantee that all of these items will make it into the final game, it’d certainly be weird to put them in a trailer if they weren’t in the works.

So here’s what we could spot from that list:

So, despite the entire premise of the trailer being that it’s still early and there’s not much to show, Full Circle may have actually revealed a ton of huge info. Very sneaky.

Finally, today’s trailer brings news of a skate. insider program, which will let some lucky players 18 and older join closed playtests throughout development. You can read a FAQ on the program here and sign up here.

Josh Harmon
Josh picked up a controller when he was 3 years old and hasn’t looked back since. This has made him particularly vulnerable to attacks from behind. He fell in love with EGM during the Dan Hsu era, so joining the magazine as an intern way back in 2012 felt like a dream come true. Now, as Editorial Director, he’s excited to lead EGM somewhere new.
Share
Post tagsSkate