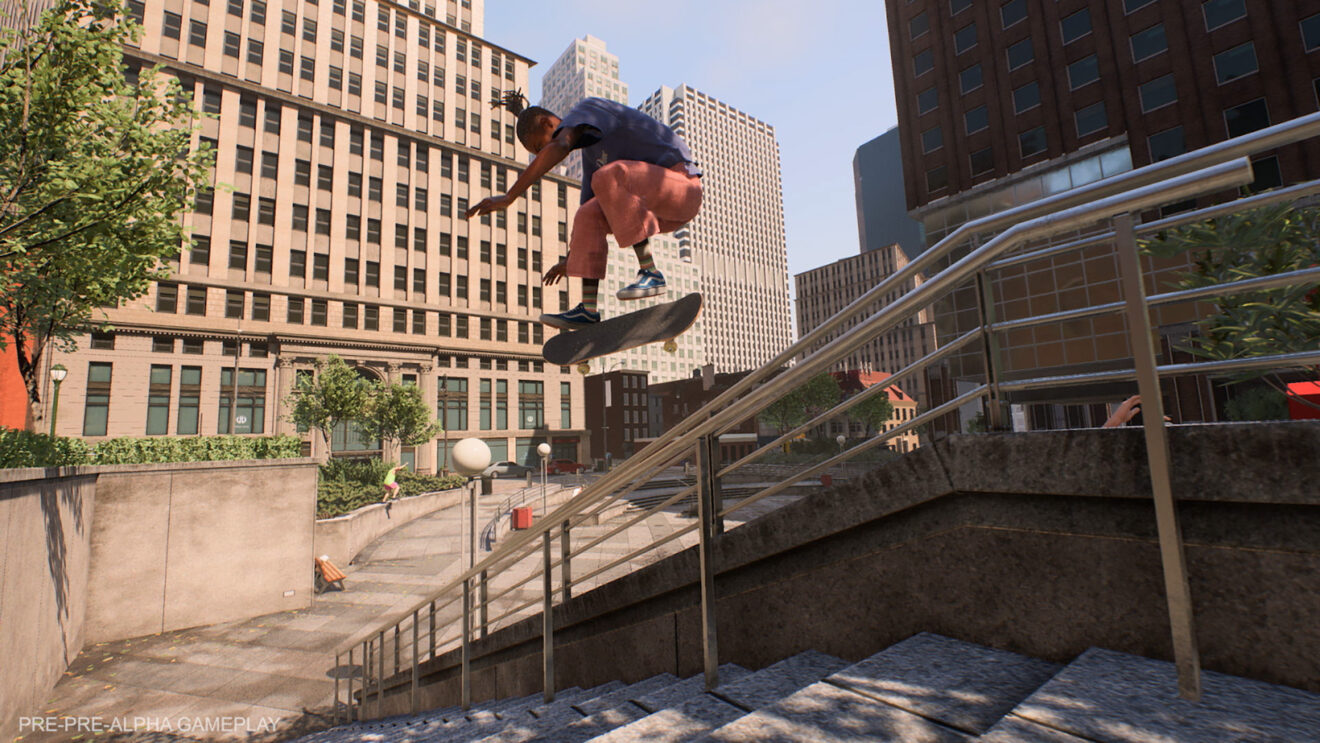 skate. will be a free-to-play, continuously updated game

The long-anticipated skate. will be free to play, EA and Full Circle have confirmed. The news comes from the first in a series of developer roundtables called “The Board Room,” and this first episode is packed with other details about the game.

For one, Full Circle GM Dan McCulloch confirmed “full cross-play and cross-progression across last-gen, [current] gen, and PC.” He also confirmed the game will get a mobile release, with cross-play extending to those platforms as well.

While skate. will have microtransactions, McCulloch outlined some ground rules the team has set out for implementing its monetization. The game won’t be pay to win, no areas of the map or gameplay will be locked behind a paywall, and there won’t be any loot boxes or paid gameplay advantages. Isabelle Macquard, the game’s head of project management, cited Apex Legends as a model for skate., citing an emphasis on cosmetics and convenience.

As for details about the game itself, well, there are plenty. For starters, the new city will be called San Vansterdam, which did get a name drop in the last trailer, but not much beyond that. In today’s video, creative director Cuz Perry referred to it as a new city, but said it was a sister city of sorts to San Vanelona from the original Skate. Given that the first San Van took inspiration from San Francisco, Vancouver, and Barcelona, it’s a reasonable guess that skate.‘s San Van will mix some of its previous influences with a touch of Amsterdam.

Executive producer Mike McCartney name dropped lip tricks and a tweaked powerslide system as two of the improvements to gameplay. While the team didn’t get into specific player counts, they did refer to the game as “massive multiplayer,” indicating that you’ll be skating online alongside a bunch of other players at all times. One specific example of how the game will approach multiplayer is a feature called CollaboZones, where players can cooperatively build and skate their own parks.

Creative director Deran Chung also named dropped a feature that’s apparently called “flumping,” though didn’t do much more beyond tease it. The comment is accompanied by footage of a skater jumping and swinging from a railing while on foot, so that may be skate.‘s terminology for its parkour style movement.

Josh Harmon
Josh picked up a controller when he was 3 years old and hasn’t looked back since. This has made him particularly vulnerable to attacks from behind. He fell in love with EGM during the Dan Hsu era, so joining the magazine as an intern way back in 2012 felt like a dream come true. Now, as Editorial Director, he’s excited to lead EGM somewhere new.
Share
Post tagsSkate