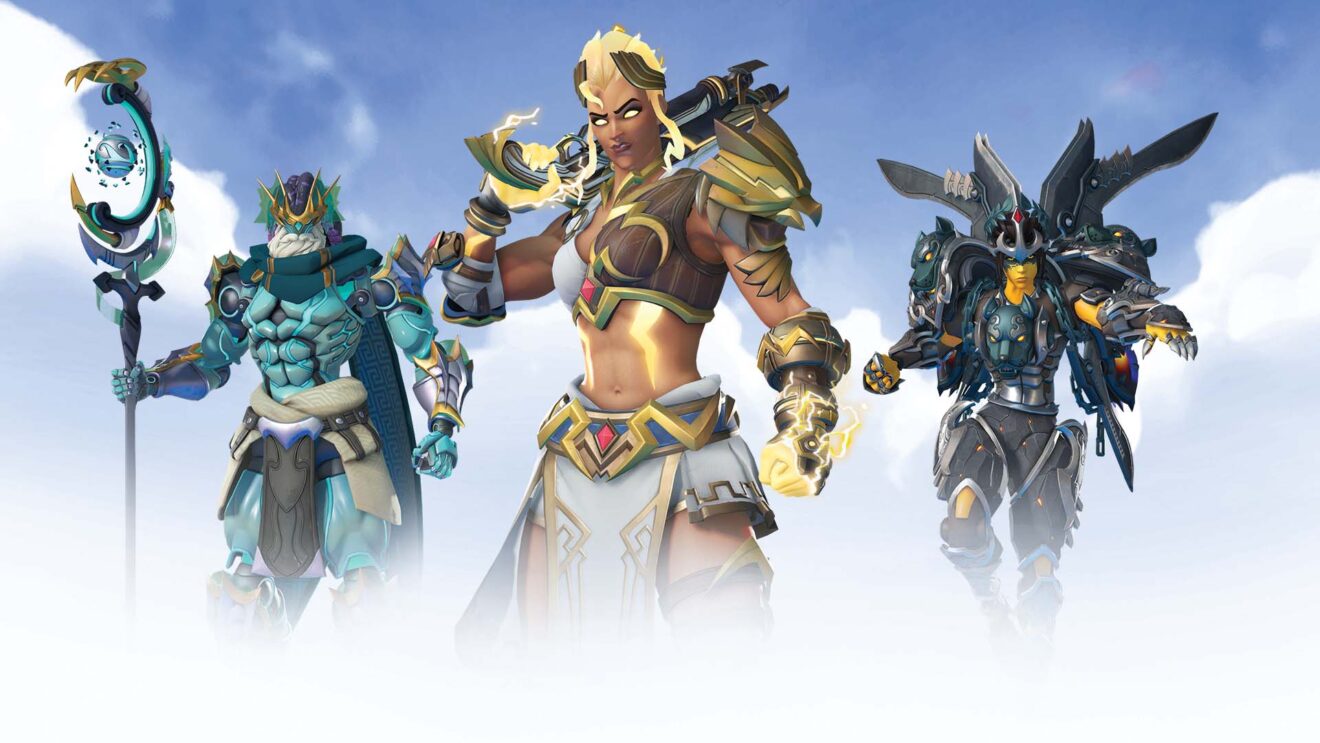 Blizzard has dropped a new trailer for Season 2 that includes our first looks at the new Escort map, battle pass rewards, the season’s theme, and the next limited-time event.

Season 2’s theme will be Greek mythology, with Zeus-themed mythic skin for Junker Queen headlining the battle pass rewards. This season’s limited-time event, Battle for Olympus, god-ifies a few of the other heroes, including a Poseidon-themed skin for new tank hero Ramattra and a Hades skin for Pharah. According to an accompanying blog post, Battle for Olympus launches on January 5th and lasts for two weeks.

Other than Ramattra, the other major gameplay addition coming with Season 2 is the new Escort map, Shambali Monestary. The one-time home of Zenyatta and Ramattra will feature a steep climb and “winding path” that attackers will have to push the cart along. We’ll see a full reveal of the map on December 2nd. Meanwhile, Season 2 will also see a new map pool in the rotation, with Rialto and Blizzard World making their way back into the lineup. They’re replacing Hollywood and Watchpoint: Gibraltar.

Season 2 will also feature some major balance changes to some of the heroes. Sojourn’s rail gun will see a damage nerf at range, and Doomfist will receive “significant changes that better support his role as the team’s front line.” Junker Queen, Ana, Bastion, Kiriko, Mercy, and Symmetry will also get some “adjustments.”

That’s not to say Overwatch fans are entirely thrilled about Season 2’s impending launch. The YouTube comments under the trailer feature a seemingly never-ending string of jokes at the expense of Blizzard’s monetization strategy for the free-to-play game. Making players either buy the premium battle pass to unlock new heroes immediately or grind to level 55 to earn them has been a contentious point ever since the game launched, as have the shop prices and inability to earn skins other than those in the battle pass. It’ll be interesting to see if Blizzard makes any changes to its pricing models when Season 2 launches on December 6th.

Overwatch 2 is available on Xbox, PlayStation, Switch, and PC.