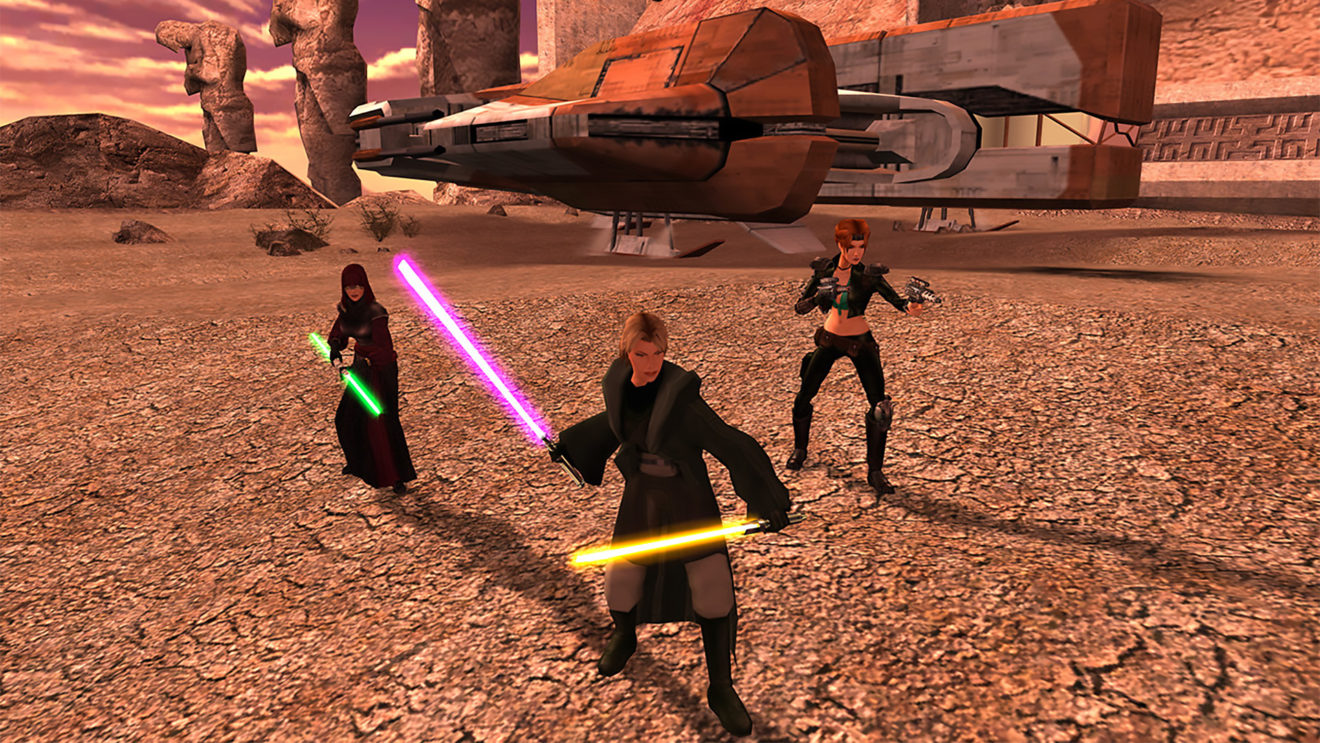 New Star Wars: Knights of the Old Republic game rumored to be in development, but not at EA

A new Star Wars: Knights of the Old Republic game is in the works, and it’s not in development at BioWare or any other EA studio, according to several rumors.

Bespin Bulletin (via VGC) reported that “there is a Knights of the Old Republic project in development somewhere,” and Bloomberg reporter Jason Schreier added that “[n]obody’s going to guess” the studio that’s developing the game.

That being said, Wushu Studios’ Nate Nadja, better known by his online moniker Shinobi602, more recently commented that the studio developing the new KOTOR game is “not as mysterious as you think. It’s just not a household name most people are aware of.”

Some on ResetEra have guessed that the developer could be Obsidian Entertainment, which developed Star Wars Knights of the Old Republic II: The Sith Lords. However, Obsidian is currently developing both Grounded and Avowed, so adding yet another game to that docket seems unlikely.

But there’s another name floating around on ResetEra that seems like a more plausible and way more interesting choice for a KOTOR reboot, and that’s inXile Entertainment.

The main piece of evidence for this is an inXile job listing back in 2019 for a lead software engineer on a “next-gen” AAA RPG as spotted by Windows Central. The listing describes the “exciting unannounced RPG” as a “single-player experience with action elements,” which would deviate slightly from the developer’s Wasteland games and fit a modern Star Wars RPG.

Just like Obsidian, inXile is now a Microsoft-owned studio, and we know that Lucasfilm Games already has a working relationship with Microsoft’s first-party team since the announcement of the MachineGames-developed and Bethesda-published Indiana Jones game.

Though Lucasfilm Games is looking for publishers and developers outside of EA, including tapping Ubisoft for an open-world Star Wars game, EA has confirmed that it will still be working on Star Wars properties, just not exclusively. Though the controversy surrounding Star Wars Battlefront II might have caused the publisher’s exclusivity deal with Disney to expire, the game ended up becoming one of the publisher’s more successful shooters and a fan favorite. Likewise, EA regained some Star Wars street cred with the back-to-back critical success of Respawn’s Star Wars Jedi: Fallen Order and Star Wars Squadrons.