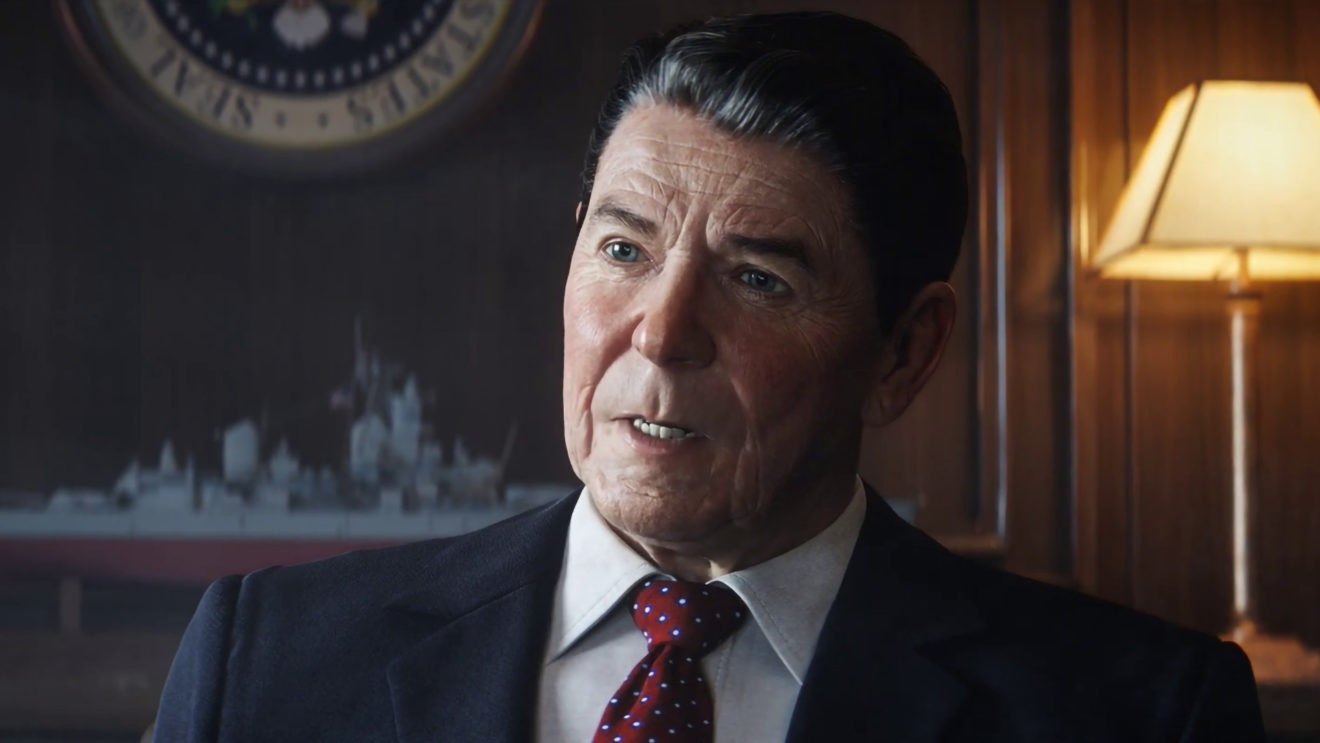 Instead, the focus is squarely on the game’s story. In a three-minute cinematic, we see some of the key players in the story, including Hudson, Woods, and president Ronald Reagan—brought back to life with the uncanny power of machines—discussing a threat to the Cold War order: a Russian spy named Persues.

This mysterious figure has apparently played a significant role in the realignment of the political order since World War II, and now he’s emerged again.