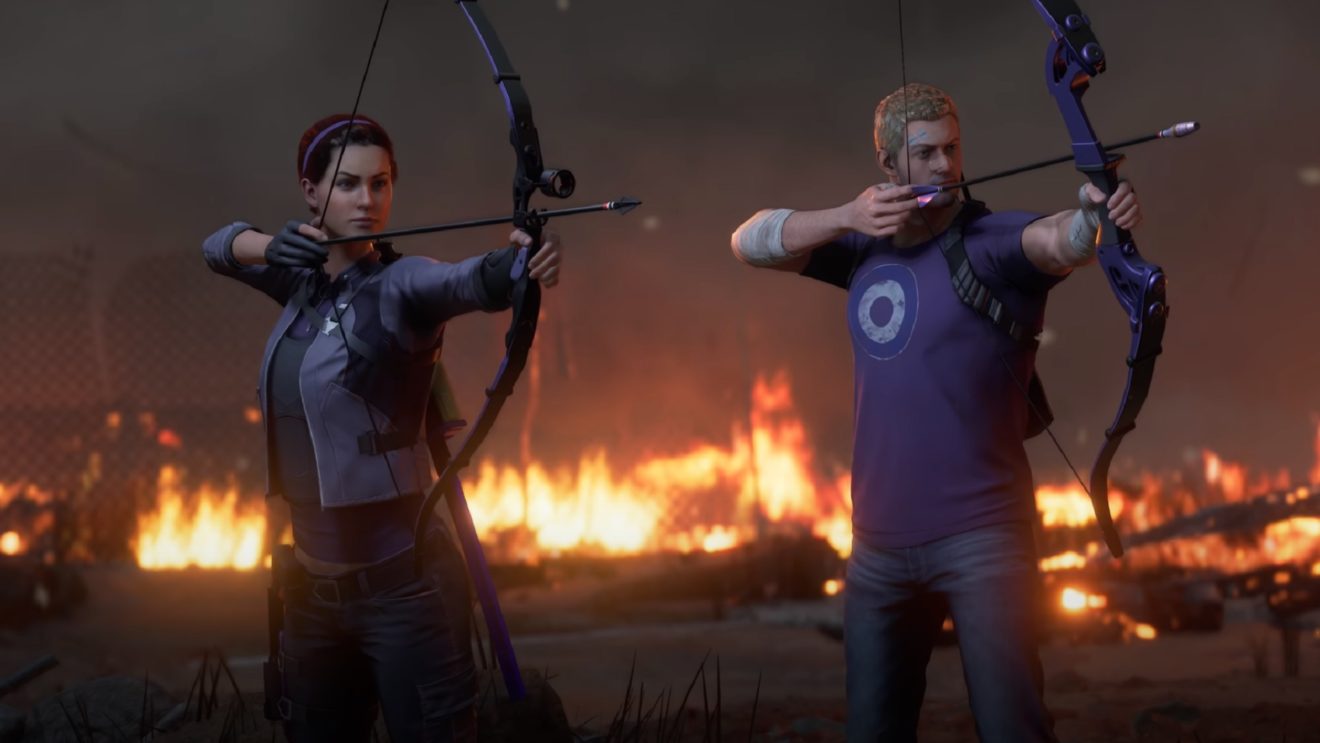 The upgraded version of the game will run at 4K on Xbox Series X and PlayStation 5 and at 1440p on Xbox Series S, with faster loading times, higher-resolution textures, increased draw distances, higher-resolution models, improved heroics, and armor destruction. Marvel’s Avengers will support cross-generational play and players can transfer their profile and saves over to the upgraded release.

Joining the upgrade will be the second post-launch character: Clint Barton’s Hawkeye. Clint’s story picks up following the events of Kate Bishop’s Operation Taking AIM and will reveal more about his journey to find SHIELD leader Nick Fury. While on this journey, Clint ends up in a time-bending experiment that sends him to a future version of Earth inhabited by Maestro, an older and smarter version of Hulk.

Clint has access to the Quickdraw Reflexes ability, which allows him to dodge enemy attacks and instantly fire an arrow that staggers the enemy, and the Dead Eye Skill, which focuses on a single target and deals increased damage. While his ultimate ability, Hunter’s Arrow, fires a projectile that moves from enemy to enemy.