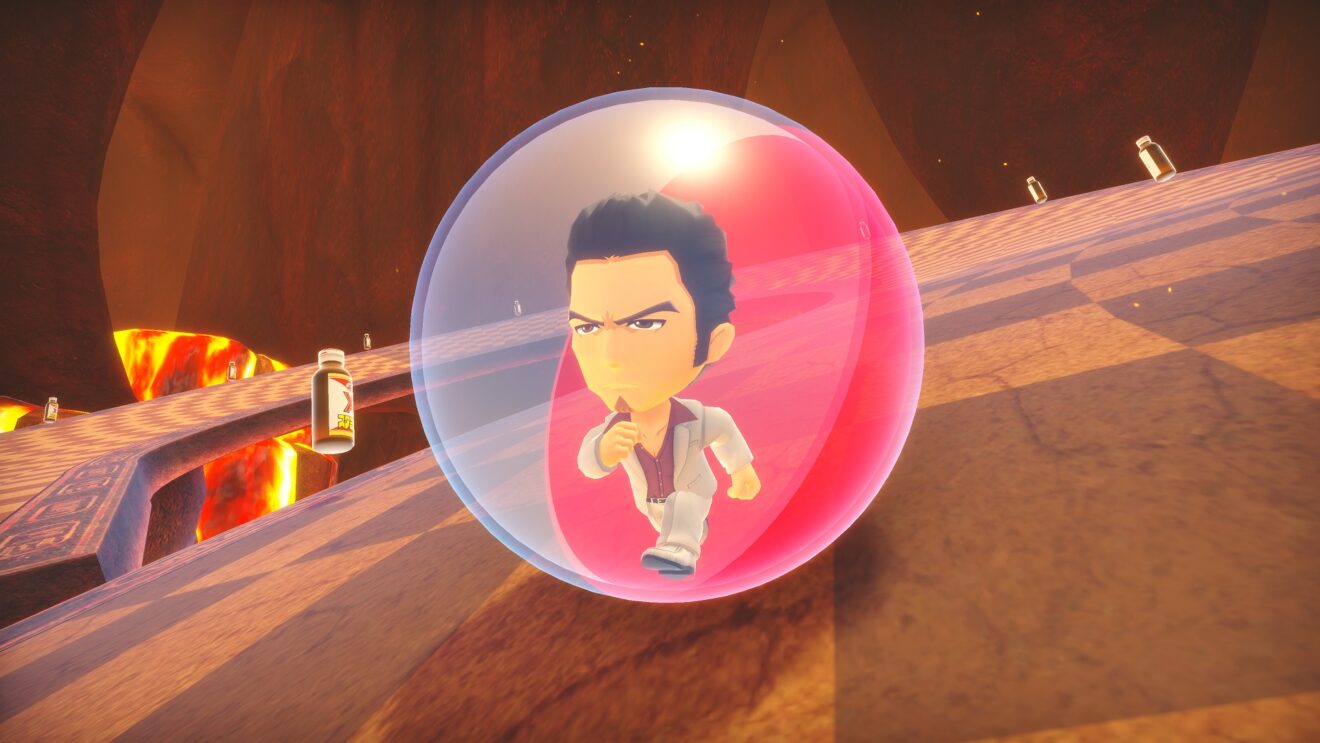 The Dragon of Dojima will be playable in all of the game’s levels and is “unlockable through normal gameplay,” according to Sega. As with the other guest characters, Kiryu won’t be collecting bananas, instead, he’ll be collecting Staminan X bottles.

Previously, Sega has revealed that Beat from Jet Set Radio and Sonic and Tails from Sonic the Hedgehog will be playable in the game.