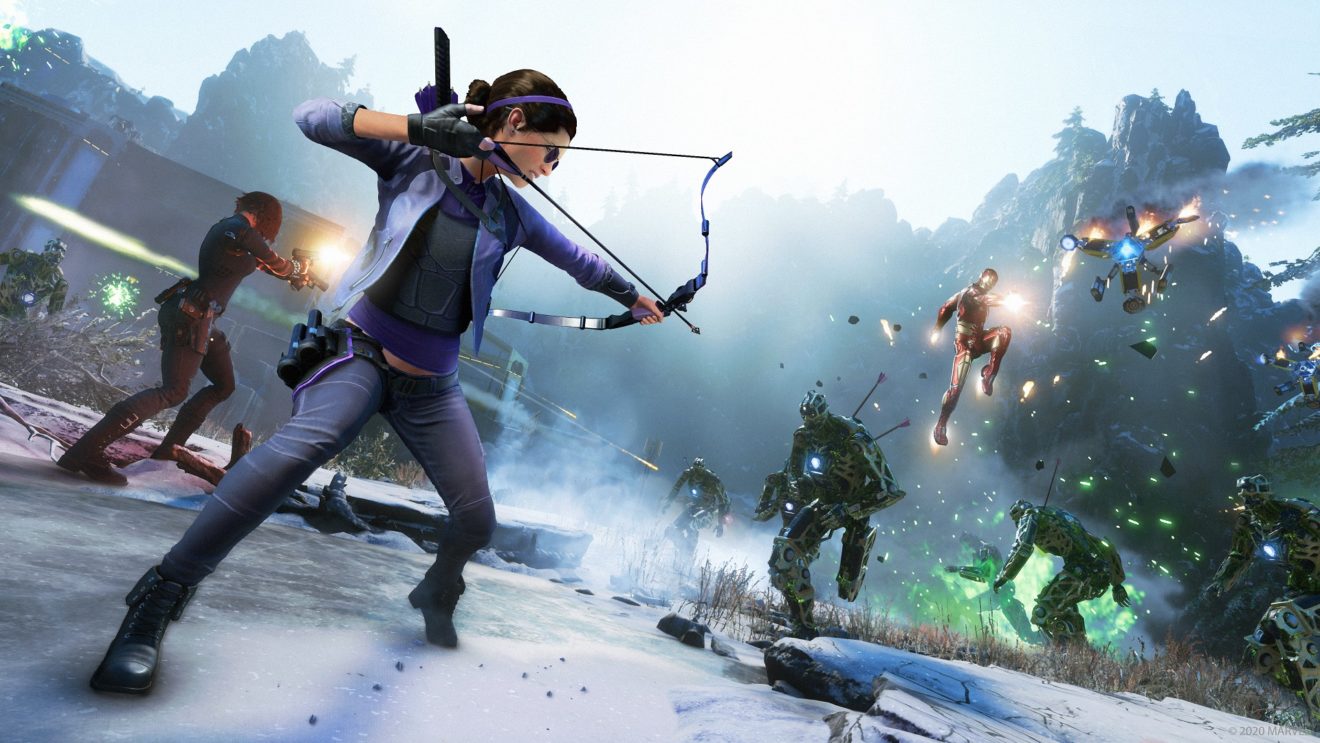 Following a delay, the first of Marvel’s Avengers‘ post-launch characters, Kate Bishop, has arrived in the game on PC and consoles.

Kate is accompanied by a new Operation called Taking AIM that features new story content, missions, and enemies. Taking AIM is set following the events of the main story and sees Kate return to the Avengers after her mentor Clint Barton (Hawkeye) goes missing. Players can begin this new content by talking to Maria Hill in SHIELD Substation Zero.

As for Kate’s kit, she has access to a Tranquilizer Arrow that snares enemies, a Demolition Blast Arrow that explodes after a brief time, and a Warp Arrow that teleports her to the location of the arrow and creates an explosion. Kate can also create a decoy to distract enemies, teleport, and deliver a devasting melee combo that can break enemy defenses.

A new hero also means a new Challenge Card to work through. The Kate Challenge Card has both free and premium tracks with 40 tiers of rewards, including resources, units, and cosmetics.

In addition to adding Kate Bishop and the new content, developer Crystal Dynamics has released a new update that adds the option to disable takedowns, introduces a High Contrast Mode, and fixes several bugs. Read the full patch notes here.

Up next for Marvel’s Avengers is the addition of Clint Barton as Hawkeye and Operation Hawkeye – Future Imperfect. Both of which are due to arrive in the game early next year.