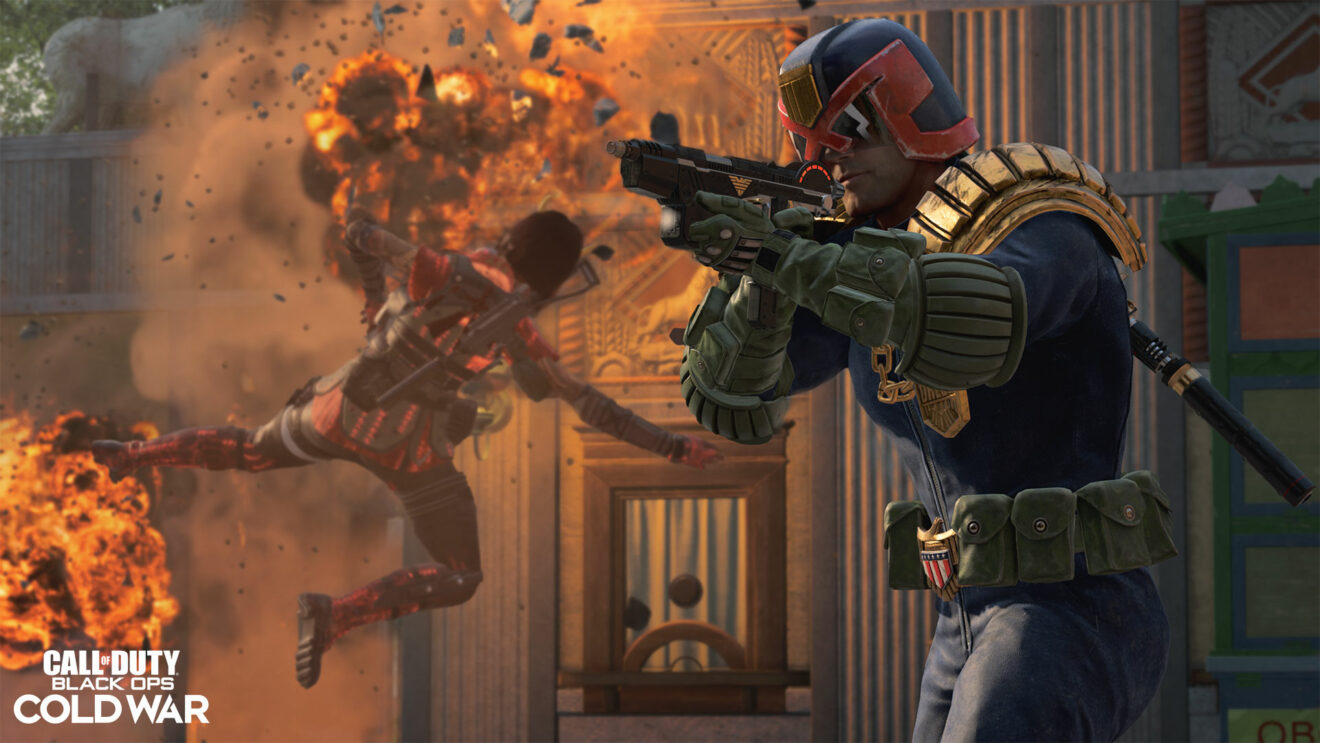 Call of Duty: Black Ops Cold War and Warzone players can now head into battle as Judge Dredd thanks to a new bundle.

“Years into training EOD specialists in Diensteinheit IX, Beck received “critical evidence” from NATO — Judge Dredd comic books — by a student who thought his dry humor approach did not always defuse tense situations,” Activision writes. “Since then, Beck traded plenty of bartering currency — mostly coffee and chocolate from the government-owned store — for any Dredd comics available across the wall with NATO defectors or other contacts.”

The Tracer Pack: Judge Dredd will only be available until October 14th.