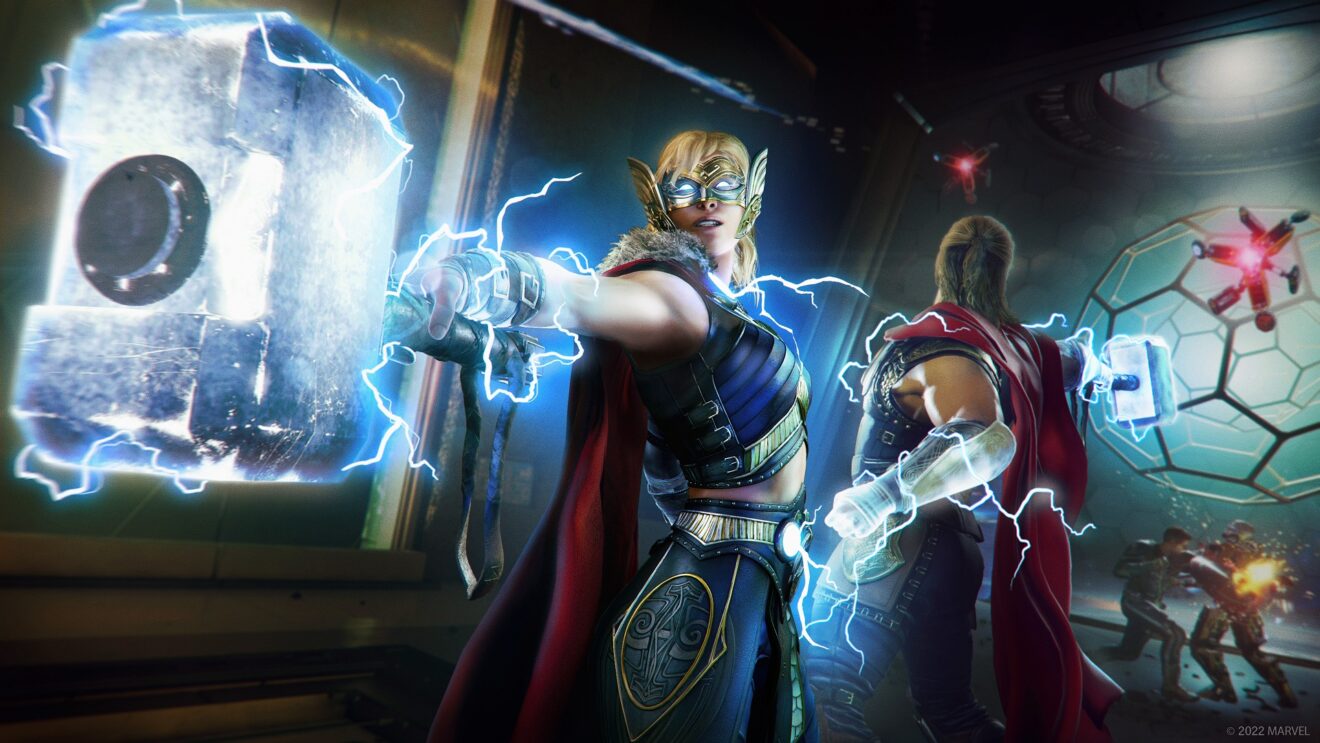 Jane Foster has joined the Marvel’s Avengers roster as the Mighty Thor across all platforms, Square Enix has announced.

In Marvel’s Avengers, Jane Foster’s Mighty Thor is dragged from a different universe by the Tachyon Storms unleashed by AIM and the Scientist Supreme. In her universe, Mjolnir called out to Jane after she decided to fight for the Inhumans following A-Day. Jane lifts the hammer and is transformed into the Mighty Thor.

Jane Foster’s Mighty Thor has access to the All-Mother’s Blessing Intrinsic ability, which is charged by performing melee attacks. Once full, she can unleash God Tempest, which increases ranged hammer damage and creates shockwaves with each hit. Learn more in the video below:

The addition of Jane Foster takes the total number of playable heroes across all platforms to 10, with PlayStation having 11 due to Spider-Man being exclusive.