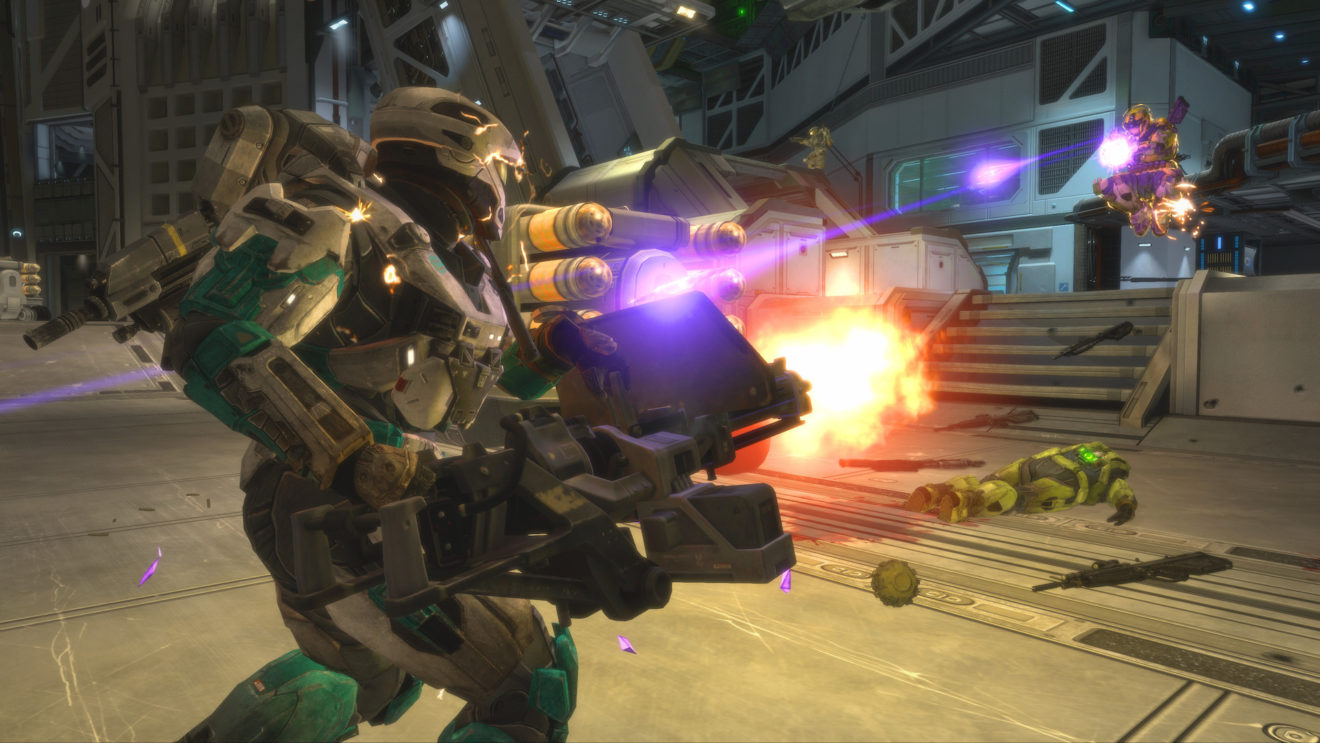 A recent 343 Industries blog post sent Halo fans into a frenzy of speculation with a brief, cryptic tease on the future of The Master Chief Collection.

The latest weekly update on the collection mentions an upcoming series of test flights—chances to play upcoming content early—with a series of bullet points discussing planned additions. Many of the items are straightforward additions, like changes to FOV sliders and mouse and keyboard support on consoles. The last item, however, is far more intriguing: “And maybe a new place and way to play.”

So what could it possibly mean? Well, there are a few possibilities, some of which are definitely more exciting than others.

If you parse the bullet point to mean in-game content, perhaps 343 will update The Master Chief Collection with a new map (a “place”) and game mode (“way to play”). While the MCC is focused on past games, it’s not entirely inconceivable that 343 might add some original content to multiplayer as a way to promote the upcoming Halo Infinite.

If you interpret the teaser as meaning something external to the content in the collection itself, however, there appear to be two main options, both of which are related to new platforms. One theory, highlighted by a recent VG247 story, is that the game will arrive on the Epic Games Store on PC. (It’s already available on Windows through both Steam and the Microsoft Store.) Still, it’s not entirely clear what the new “way to play” would be in this context.

Another, more hype-worthy option is that Microsoft is planning to launch the collection on Nintendo Switch and introduce cross-play between consoles. That’s obviously much more of a long-shot, especially given some of Phil Spencer’s recent comments on future Switch ports. Still, that would be an exciting twist, if Microsoft is indeed planning to put its most iconic character on a non-Xbox platform. And it would certainly satisfy both the “place” and “way to play” parts of the tease.

Finally—and perhaps least likely of all—would be support for one or more virtual reality headsets on PC. Given the effort it would take to get the game up and running in VR, and given Microsoft’s general lack of support for VR platforms so far, this seems like a longshot.

Still, we won’t know for sure until Microsoft and 343 Industry reveal what they have in store.