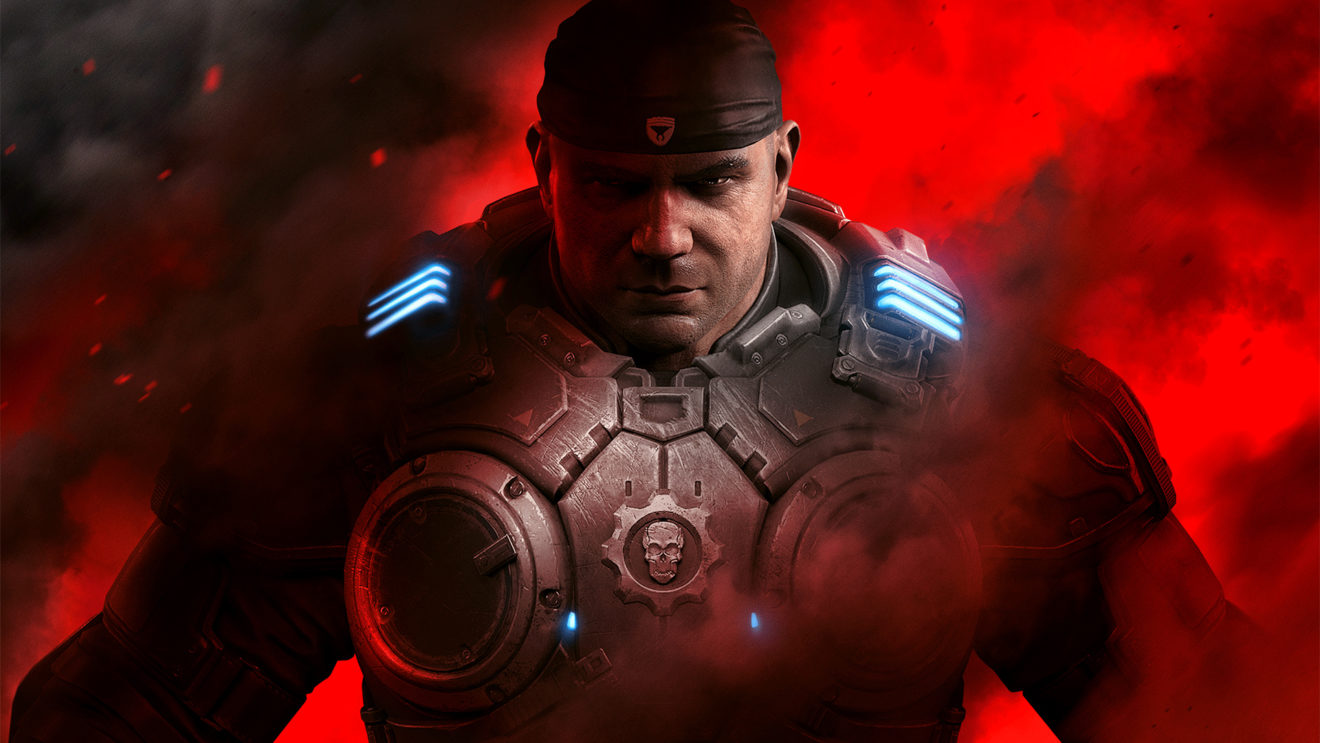 Gears 5 will give players the option to swap out Marcus for Batista when its next-gen upgrade launches alongside the Xbox Series X and Xbox Series S, as well as adding a new game mode and difficulty setting, and a New Game+.

Developer The Coalition recently revealed to IGN that WWE superstar Dave Bautista, known by his ring name Batista, will be an optional skin-swap for Marcus Fenix throughout the campaign, including a new voice over. Batista is already in the game as a multiplayer character, but this update will integrate him into the campaign. Thankfully for purists and John DiMaggio fans, this swap will be optional.

The update will also add a New Game+ option, where you can bring your upgraded Jack into a new game. This will be especially useful if you’re trying out the game’s new difficulty modes, Ironman and Inconceivable. While Inconceivable is more challenging experience than the game’s current highest difficulty level, Insane, Ironman mode will most likely completely change the way you play. In Ironman mode, you only get one life, so if you die, you have to start over.

New Game+ will also bring with it new weapon skins, new character skins for Kait, Del, and JD, new achievements, and even mutators like the ever-popular big head mode.

While Versus will largely stay the same, the one change will apply to character classes. Instead of tying characters to certain classes in certain modes, all characters can seemingly play as any class.

Don’t worry if you’re not planning on upgrading consoles right away. All of this new content will also be available on current-gen consoles.

On the technical side, the Series X version of the game will significantly reduce input latency over the One X version of the game in both 60 fps and 120 fps modes. Visual upgrades will also include contact shadows and screen space global illumination, which will make the lighting and shadowing look much more realistic and detailed.

Gears 5 is currently available on Xbox One and PC, as well as on Game Pass. The Series X and S upgrades will unlock on November 10th.