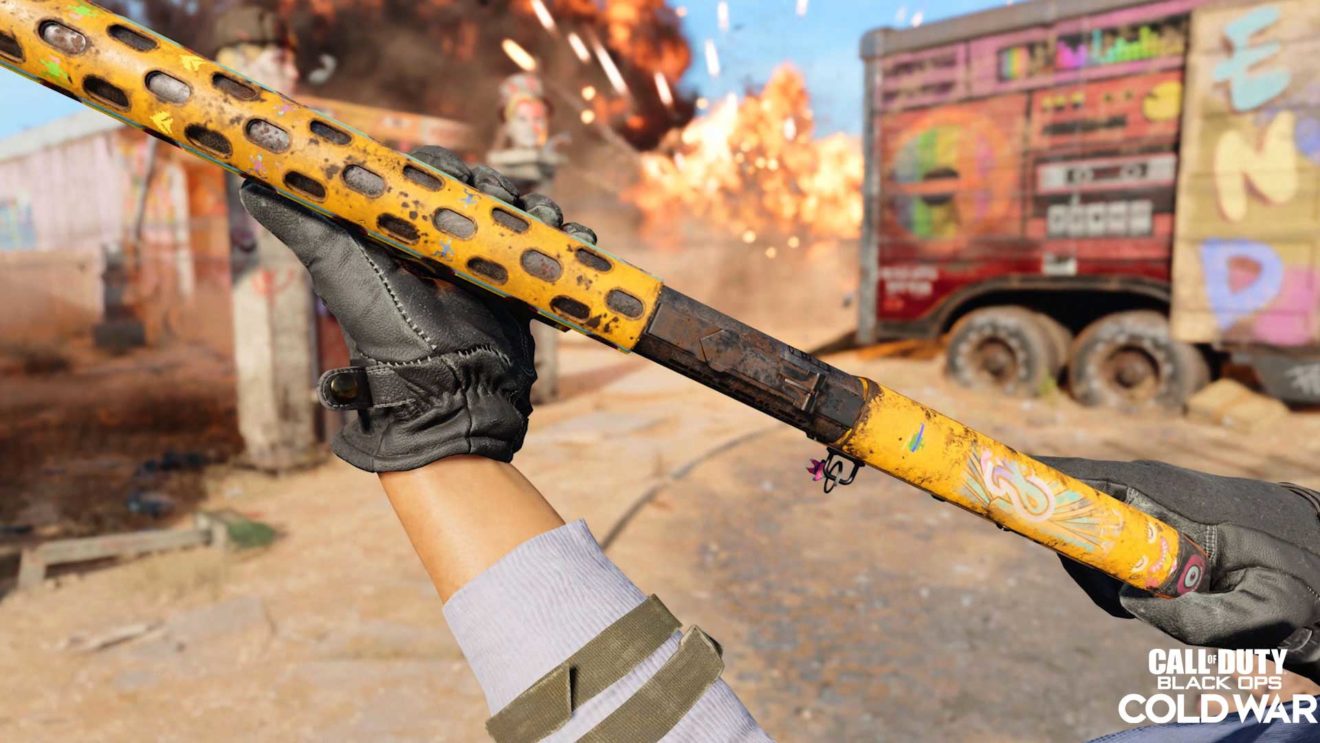 The highlight of the free bundle is the Last Stop Epic Shotgun Blueprint. The blueprint includes the 21.6” Paratrooper Barrel, a 6 RND Tube Magazine, a Milstop Reflex Optic, and a Commando Assembly Stock.

In addition, players will receive six mannequin weapon charms, the Test Subjects sticker, the Nuketown Legend emblem, and the Omnibus Calling Card. All of these items will be available to use in Warzone when Season One begins on December 10th.

The Nuketown Weapon Bundle is free for all players who have logged into Black Ops Cold War between the game’s launch on November 13th and today, November 20th, at 10 a.m. Additionally, the bundle will be included with all purchases of the game from now through December 4th.