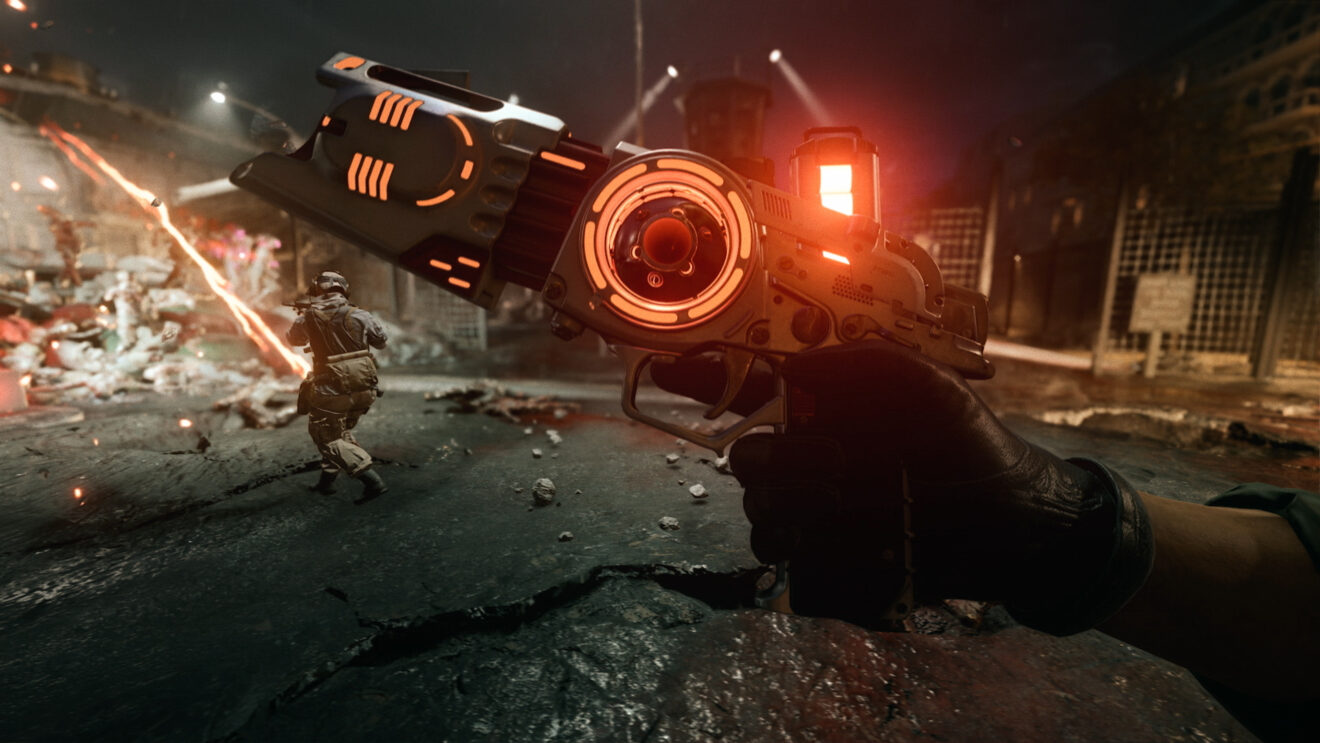 Activision and Treyarch have shared a debut trailer for Mauer der Toten, the latest entry in the Call of Duty: Black Ops Cold War Zombies saga.

This latest round-based map picks up the story following Outbreak and introduces the new CRBR-S Wonder Weapon, which comes in four different variants. Players can also build the new LT53 Kazimir, which can send enemies into the Dark Aether or transport players to a new area.

In addition to the above, Mule Kick makes its Black Ops Cold War debut. This perk allows players to carry up to three weapons and has five skill upgrades. Watch the reveal trailer below:

Developer Treyarch also went over several changes that it will be making to Zombies when the map debuts next week on July 15th. To start with, the health cap increases for enemies at higher rounds have been significantly reduced and the health of armor for medium and heavy zombies has also been reduced. Other changes include a buff for sniper rifle critical damage multipliers, a buff for Pack-a-Punched melee weapons, and better scaling for equipment, support, and Field Upgrades.

Finally, Dynamic Wall Buys will make their debut next week. This new feature makes it so weapons on the wall have a chance to increase in rarity up to legendary at the end of each round.