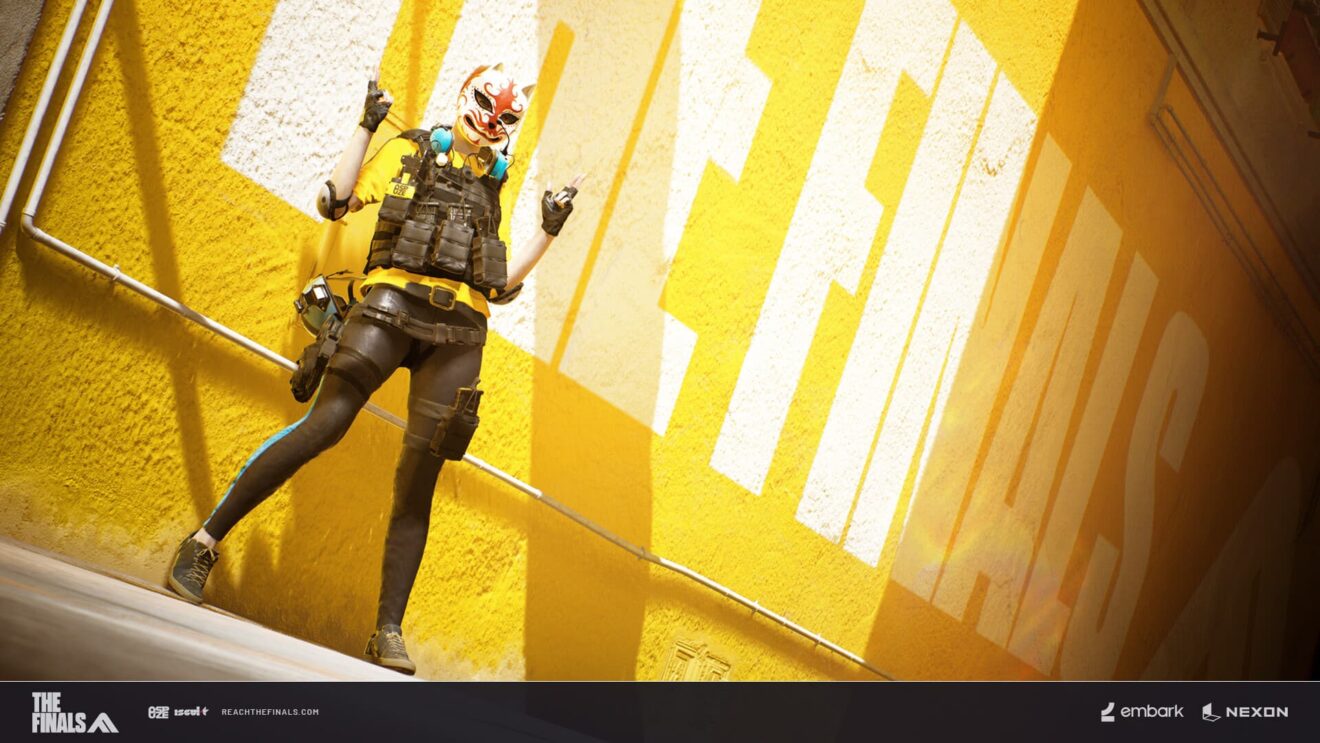 Embark Studios, a studio co-founded by ex-Battlefield developers, has revealed its new first-person shooter, The Finals.

The not-even-30-seconds-long trailer only gave us a brief glimpse of The Finals in action, and it looks like there’s a major focus on destruction. Walls explode and physics abound. Bad Company 2 fans should take notice.

You might not be able to glean too much from the trailer, but Embark further described The Finals in a press release as a a “free-to-play, team-based first-person shooter” that “takes dynamism and intuitiveness to a new level.”

Between that and the game show aesthetic, it sounds like The Finals could be a battle royale, but I’m not convinced. Players can customize their characters down to their “loadout” and “playstyle,” which is giving me RPG vibes, and the “escalating tournaments” structure of the game reminds us, weirdly enough, of Trials of Osiris from Destiny 2.

What really piqued my interest (besides the pedigree of the developer) is the description of the maps. The Finals will feature “virtual arenas based on iconic real-world locations that contestants can alter, exploit, and even destroy” where “if you think something will work, it probably will.” Seeing as how Battlefield has progressively toned down destruction over the years, I would be quite happy for another game to pick up the slack.

Embark hasn’t given a release date yet, but we know it’s not too far off. The studio recently announced that it was pushing back its co-op PvE game, ARC Raiders, so that it could focus on getting The Finals out the door first. Sign-ups for playtesting on Steam have already begun, and Embark promises that we’ll see more gameplay next month. It’s unclear exactly which, if any, platforms Embark is developing The Finals for other than PC.