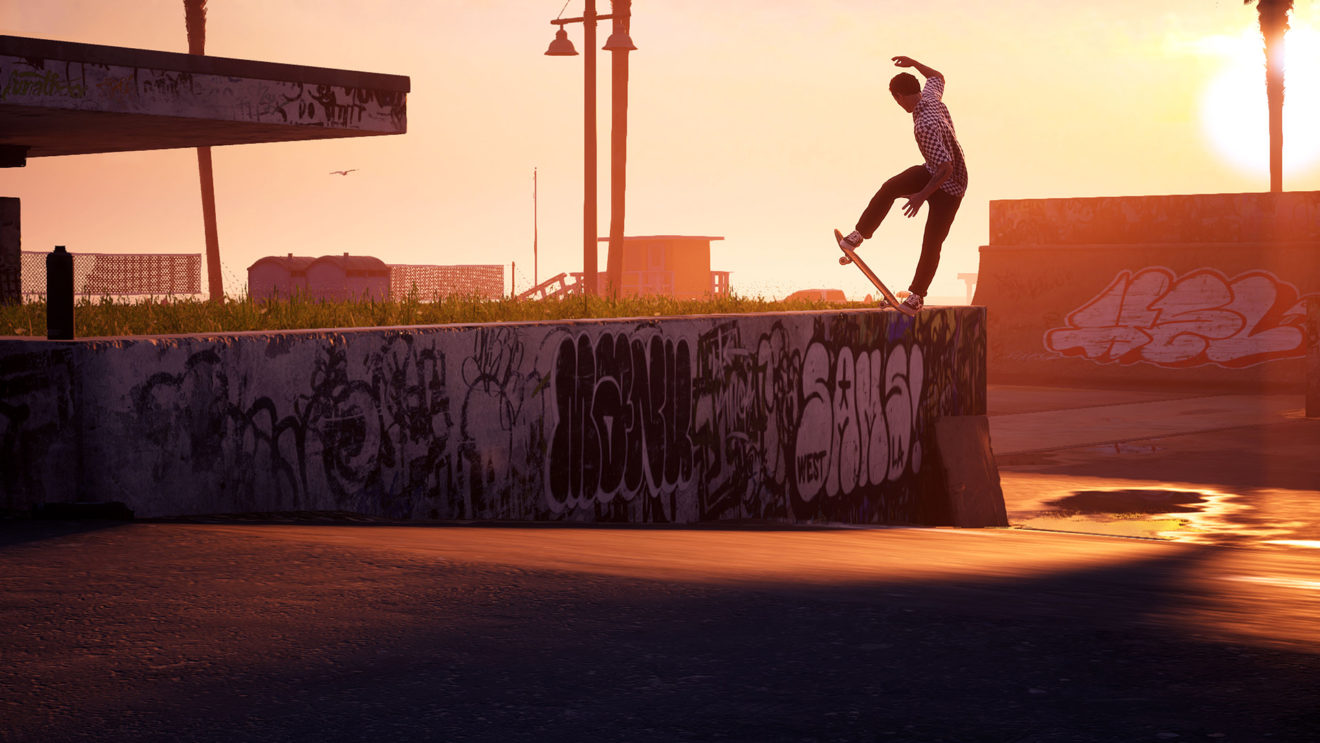 In this space 12 months ago, I was busy making fun of Death Stranding. Who knew it was going to so specifically predict our future: all of America, trapped in our dwellings, incapable of going outside without protective garments, at risk of aging rapidly, relying on underappreciated delivery drivers to bring us what we need to survive? I guess Kojima missed the part where millions of people would voluntarily rush out into the timefall and try to lick BTs, but you know, still pretty prophetic. Mea culpa, Hideo.

The games themselves, I think it’s safe to say, were a bit less exciting than the rest of 2020, with only a handful I actually enjoyed. Usually there’s a long list of titles fighting to take a spot in my top five. This year, what you see is pretty much what I liked in terms of new releases, but maybe that’s my fault for not playing more. And maybe I’m just becoming a crotchety old man ahead of schedule. Now, please, get off my lawn.

The feel-bad hit of the summer, The Last of Us Part II wasn’t really a game I wanted to ever play. I thought—and still think—that Neil Druckmann made a mistake in making a sequel with Joel and Ellie, given that The Last of Us told one of the few stories in gaming that felt perfectly structured and complete in itself. But if Naughty Dog had to make a sequel, I’m grateful it made this one. It’s not an easy game to talk about, both because of spoilers and because the discourse around it has become so unwieldy. So I’ll just say that very few big-budget games challenge me to think about how I’m feeling  and why I’m feeling that way, and I’m grateful that The Last of Us Part II gave me so much to chew on—about game design, about interactive storytelling, and about the ways we discuss these things online.

If you own a PlayStation 5, there’s absolutely no reason not to play Astro’s Playroom, a delightful little platformer that comes preinstalled on the console. Sure, it might not last very long, but the value for money is literally off the charts, because you can’t divide by zero. Given that I hadn’t touched any of Asobi Team’s prior games, I didn’t expect much, which made this showcase for Sony’s new hardware—especially the DualSense controller—such a pleasant surprise. At one point, I was ranked number one on the global speedrun leaderboards, which should tell you something about just how much time I wasted here. Plus, that GPU song is an absolute banger.

I already wrote at length about why I feel Marvel’s Spider-Man: Miles Morales manages to outshine its predecessor in my review not too long ago, so I won’t rehash all that here. Instead, I’d like to focus on something I didn’t mention. I think Insomniac’s second outing into the Spider-Verse is proof that the open-world formula is actually far more satisfying on shorter games. I couldn’t be bothered to finish other titles like Watch Dogs: Legion or Assassin’s Creed Valhalla, because there was just too much of it all. But I love cleaning out a mess of icons on an in-game map something fierce, and Miles Morales let me do that in a comfortable couple dozen hours. In the process, none of the story or characters lost their focus. More of that, please.

Hey, look, another open-world game that doesn’t overstay its welcome. Let me get this out of the way: Maneater is kind of fluff. It doesn’t have a ton of depth, and clearing out all the open-world junk makes you so powerful so fast that it’s basically a breeze to chomp through every boat, bystander, and predator in your path by the end of the game. But as I looked back on the games I played in 2020, I found the ShaRkPG was punching far above its weight in my memory. I doubt it would have stood out so much in any other year, but it turns out I really needed a bunch of dumb, violent catharsis—and Tripwire delivered.

Now that I’ve safely crested 30, I find nostalgia plays an increasingly important role in my gaming life. (You might say even I’m getting older all the time and getting younger in my mind.) But that’s a double-edged sword, because most of the time revisiting games I loved as a kid is an exercise in disappointment. Many things sucked! Children aren’t discerning! So in this particularly taxing year, it was an unparalleled comfort to be able to slip back into a game I loved from my childhood and find it just as good as I remembered, thanks to this loving and faithful remake from Vicarious Visions. Yes, Josh, you still remember how to get all the hidden tapes. You can still pull off a 10-million-point combo on Chicago. And you still, despite your better judgment, enjoy ska.

If you were wondering how Square Enix could turn a superhero action game into a satisfying and enduring live-service game, well, keep wondering, because Marvel’s Avengers ain’t it. While the superhero abilities are well conceived, the action gameplay decent, and the loot system serviceable enough, the absolutely criminal reuse of the same basic mission objectives and maps mean you’re much better off playing through the story once and forgetting the game exists. The desire to recycle content is so extreme that one mission sends you back into a space station area from the campaign by just offhandedly mentioning that this version of Earth has a functioning space elevator, something that would be perhaps the single largest construction project in the history of mankind, and I guess we just made one to go to a small series of forgettable corridors. But, you know, they already made all those space assets, so they can’t let them go to waste.

I bought Animal Crossing: New Horizons right at launch, as it was becoming clear that the pandemic was going to be a serious dent on our lives for the foreseeable future. While I played a little at the start, it was really a gift for my partner. She’d never touched our Switch. She doesn’t really game much outside of a few classic SNES platformers, and she told me I wasted my money buying it for her because she wasn’t even really going to use it. It’s now December and she’s played the game literally every single day since March, and she plays regularly with her sister, her aunt, and her cousin. Sometimes the best games aren’t the ones you play the most, but the ones you literally can’t play because if you mess up her island she’s definitely going to break up with you.

How many times do the developers of Call of Duty have to tell us that the games aren’t political? They’re just normal, apolitical shooters highlighting the awesome might of American military power against thinly sketched enemies who look or talk differently from us and are definitely evil. And what better way to highlight the lack of a political stance than by entrapping the soul of Ronald Reagan, our wrinkliest president, forever inside of a machine, so he can tell us that it’s chill we’re going to do war crimes? Also, the writers clearly took cues from Reagan’s public speeches when writing his dialogue, so he talks in a private meeting like Peggy Noonan is feeding him lines through an earpiece. The effect is utterly bizarre—but, you know, definitely not propaganda. Anyway, it’s morning in America, which means it’s going to get dark in Russia soon so better gear up to extrajudicially perforate some commie bastards.

Josh Harmon
Josh picked up a controller when he was 3 years old and hasn’t looked back since. This has made him particularly vulnerable to attacks from behind. He fell in love with EGM during the Dan Hsu era, so joining the magazine as an intern way back in 2012 felt like a dream come true. Now, as Editorial Director, he’s excited to lead EGM somewhere new.
Share
Post tagsTony Hawks Pro SkaterManeaterCall of DutyAstro BotMarvels Spider-ManBest of 2020Animal CrossingMarvels AvengersThe Last of Us