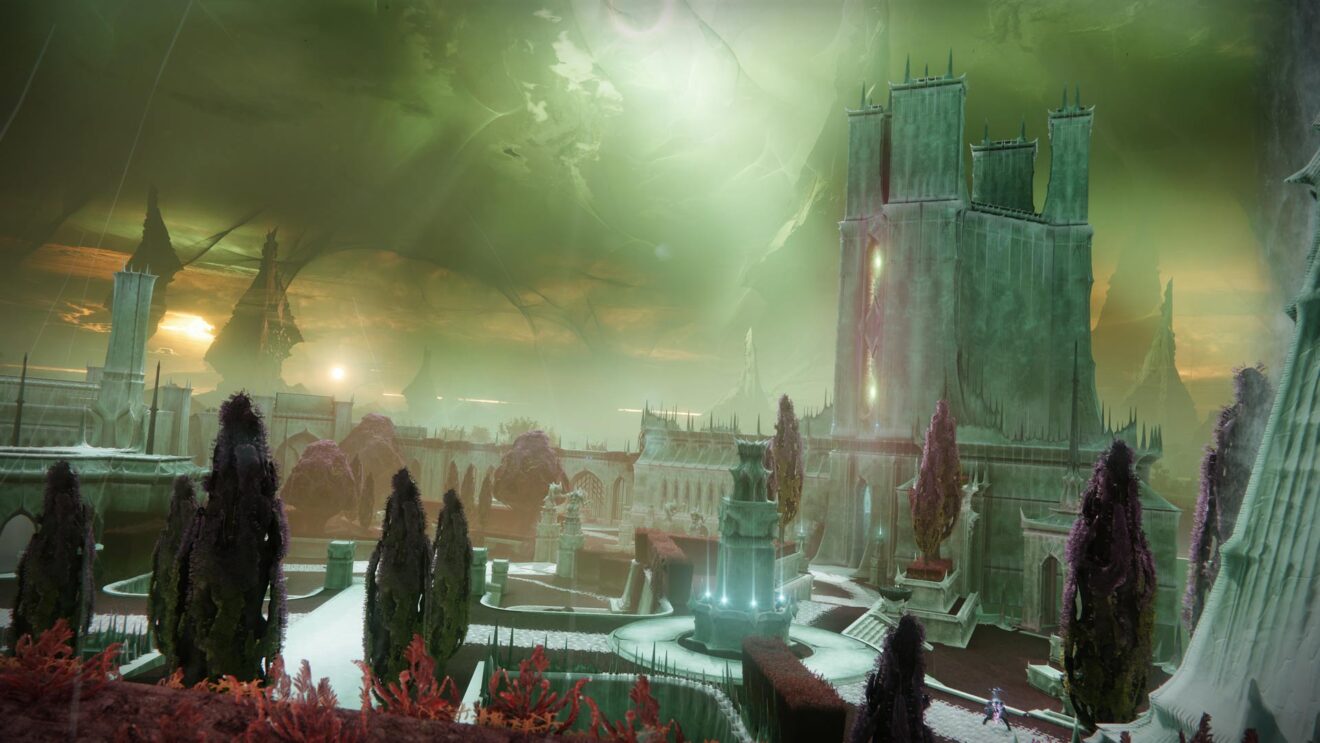 A new trailer for Destiny 2: The Witch Queen gives players an all-inclusive tour of the new area that’s launching with the expansion: Savathûn’s Throne World.

The first thing that one notices about Savathûn’s Throne World is how varied its visuals are. While all of Destiny’s destinations have looked incredible, between the palace and the swamp, the Throne World’s mix of color palettes and motifs is striking. We also get to see some new Guardian gear in action.

The numbers that flash on the screen also seem to hint at things to come, according to Gamesradar’s Austin Wood. Those seemingly random numbers are actually “the electronic configuration of osmium, the atomic number and weight of mercury, and the atomic number and weight of sulfur,” Wood points out, positing that Osmium is a reference to the Witch Queen’s father and the Osmium Court. If “mercury” references the planet, maybe “sulfur” is hinting at some kind of Sulfur Court hidden on the planet? Whatever it is, we only have a little over a month until we finally get some answers.

The Witch Queen isn’t just bringing a whole new location to the game. There’s also a new weapon crafting system, a new weapon archetype in the Glaive, and reworks for its Light subclasses, starting with Void in the expansion’s first season. Unfortunately, we’re also losing some content, as Bungie is vaulting both Destiny 2: Forsaken‘s campaign and the entire Tangled Shore.