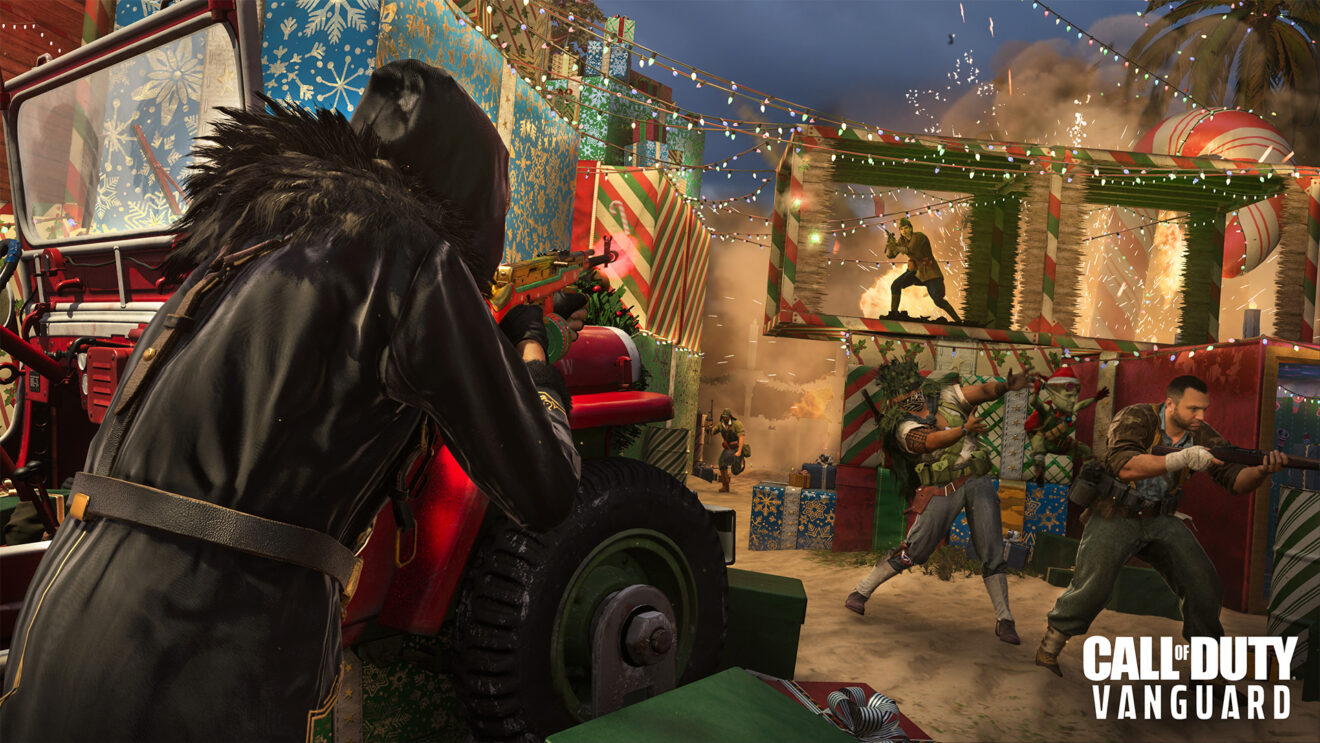 Activision has announced that the Festive Fervor event will begin in Call of Duty: Vanguard and Warzone on December 17th.

The event will see the introduction of Armegeddon Mode to Call of Duty: Vanguard. This mode is a version of Drop Zone that sees two teams fighting for control of a marked area somewhere on the map where Care Packages will drop in on a set timer. After enough have been collected, the zone will rotate. Unlike previous iterations of Drop Zone, points are only scored through kills, with bonus points being awarded with kills earned via Killstreaks.

Additionally, Elf Team Six and Krampus are invading multiplayer modes for the duration of the event. Elf Team Six are hidden around multiplayer maps and reward score and Killstreak progress if destroyed. However, if they aren’t found in time, they will open fire on all players. While Krampus will target players with the lowest objective score and eliminate them with a Finishing Move.

Over in Warzone, Festive Fir Trees will begin spawning on Caldera that rewards teams who can hold them for a short amount of time with several Supply Boxes and Holiday Crates. The Elves and Krampus are also appearing in Warzone. The former will shout at Operators who get close and offer rewards when destroyed, while the latter will go on the hunt three minutes into a match and randomly target players. Players who manage to take Krampus down get a special permanent reward.

Both Vanguard and Warzone players can also complete a series of Festive Fervor challenges to receive thirteen festive items, including a Weapon Blueprint for completing them all.

Call of Duty: Vanguard and Warzone are available now on PlayStation, Xbox, and PC.