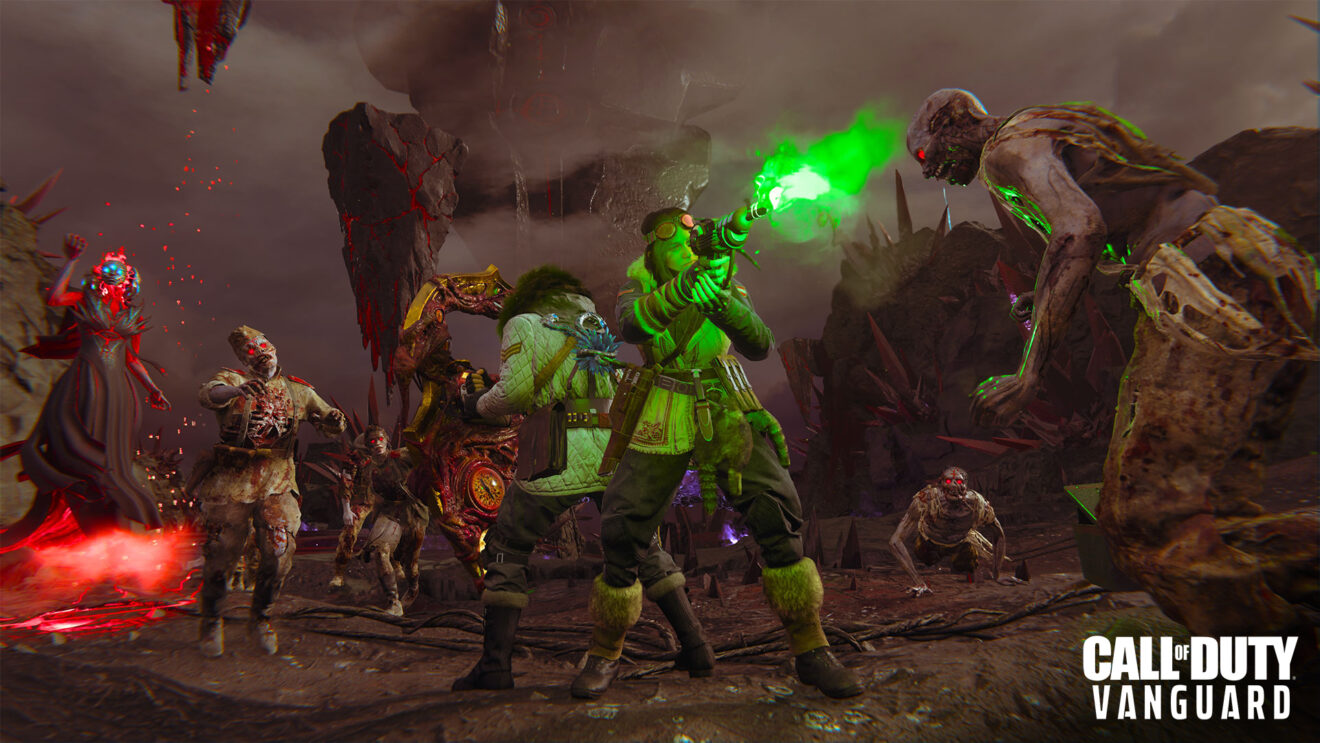 Call of Duty: Vanguard getting reimagining of Shi No Numa and round-based Zombies

Treyarch has revealed its plans to bring round-based Zombies to Call of Duty: Vanguard with a reimagining of the Shi No Numa map from Call of Duty: World at War.

However, players shouldn’t expect the return of round-based maps and Shi No Numa any time soon, as they aren’t expected until after Season 3 of Call of Duty: Vanguard comes to a close. This is due to the team having to work on building and testing systems for “round-based wave spawning and AI pathing, zoning systems, fast travel mechanics, Door Buys, Wall Buys, and plenty more.”

“The Dark Aether story will also ramp up throughout the events to come, which includes extensive scriptwriting and voiceover sessions in parallel with the production of game content,” Treyarch added.

According to the developer, the reimagining of Shi No Numa will feature an all-new Main Quest and Side Quests, a new area to explore, a new Wonder Weapon Quest, remastered Easter Eggs, new Pack-a-Punch Camos, and a new Dark Aether narrative.

These plans don’t mean that Zombies will be forgotten about during Season 3. Players can expect support for the new weapons, Weapon Unlock Challenges, 20 new Season Challenges with unique Calling Card rewards, and bug fixes for existing content.

“If we could wave a magic wand and play the map right now with the rest of you, we would… in the meantime, we hope this offers a clearer picture of what goes into crafting a Zombies experience for the community,” Treyarch said. “Shi No Numa gives us a solid canvas to build upon, and the team is pushing hard to create a truly unique chapter of the Dark Aether universe with new story elements and quests that even series veterans can discover for the first time.”