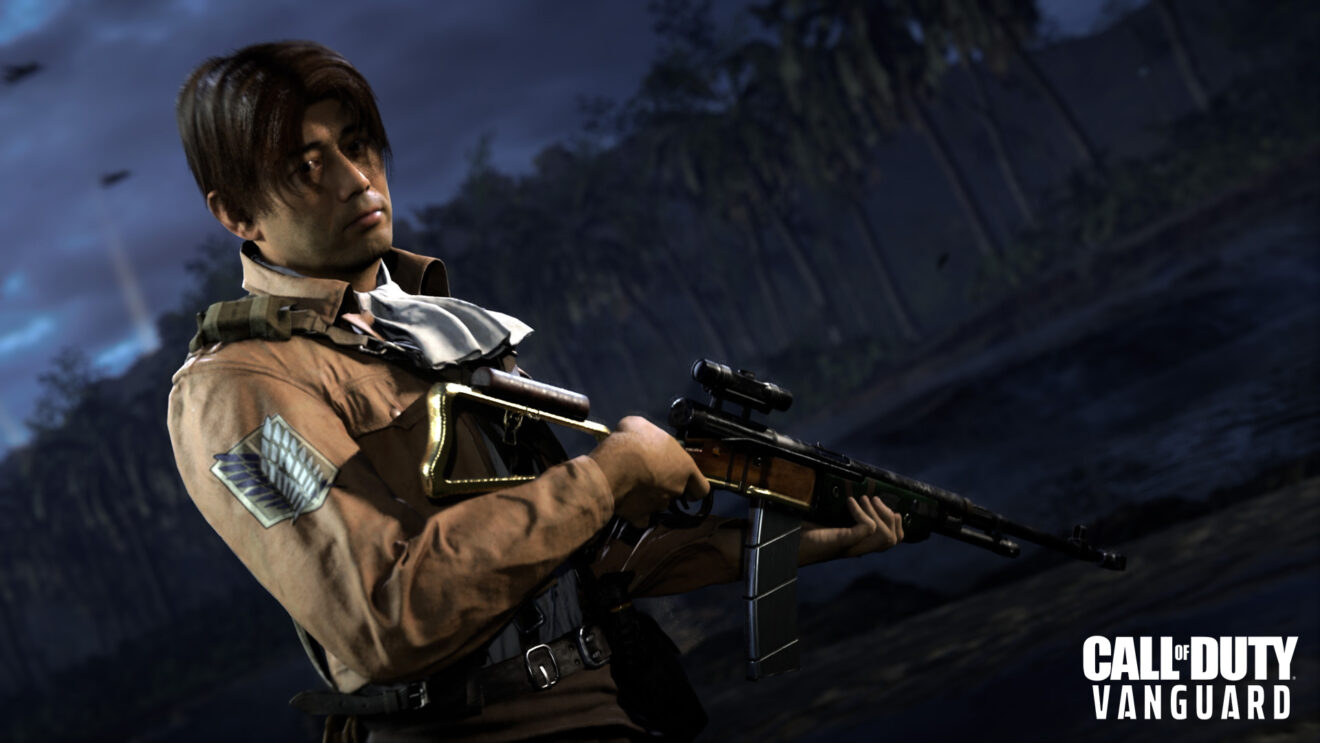 The previously leaked Attack on Titan collaboration for Call of Duty is finally coming next week, Activision has revealed.

Starting January 20th, players in both Call of Duty: Vanguard and Warzone will be able to grab the Tracer Pack: Attack on Titan – Levi Edition Bundle from the in-game store. The 10-item pack contains the Survey Corps Operator Skin for Sgt. Daniel, the Titan Piercer Blueprint based on the ultrahard blades, and the Historia and Ymir’s Curse weapon blueprints. Additionally, players will receive an Attack on Titan-themed finishing move, MVP highlight, highlight intro, charm, sticker, and emblem.

Before then, the mid-season update for Vanguard and Warzone will be going live later this week. This update will introduce Isabella Rosario Dulnuan Reyes as a new Operator and the Welgun SMG. Reyes can be unlocked through the Wild Rose Operator Bundle, which also includes two legendary weapon blueprints. While the Welgun SMG is available through either an in-game challenge or the Reserved Steel bundle.

Zombies players are also getting the ability to travel to the Void in Shi No Numa, new Artifact levels, new Pack-a-Punch camos, and more.