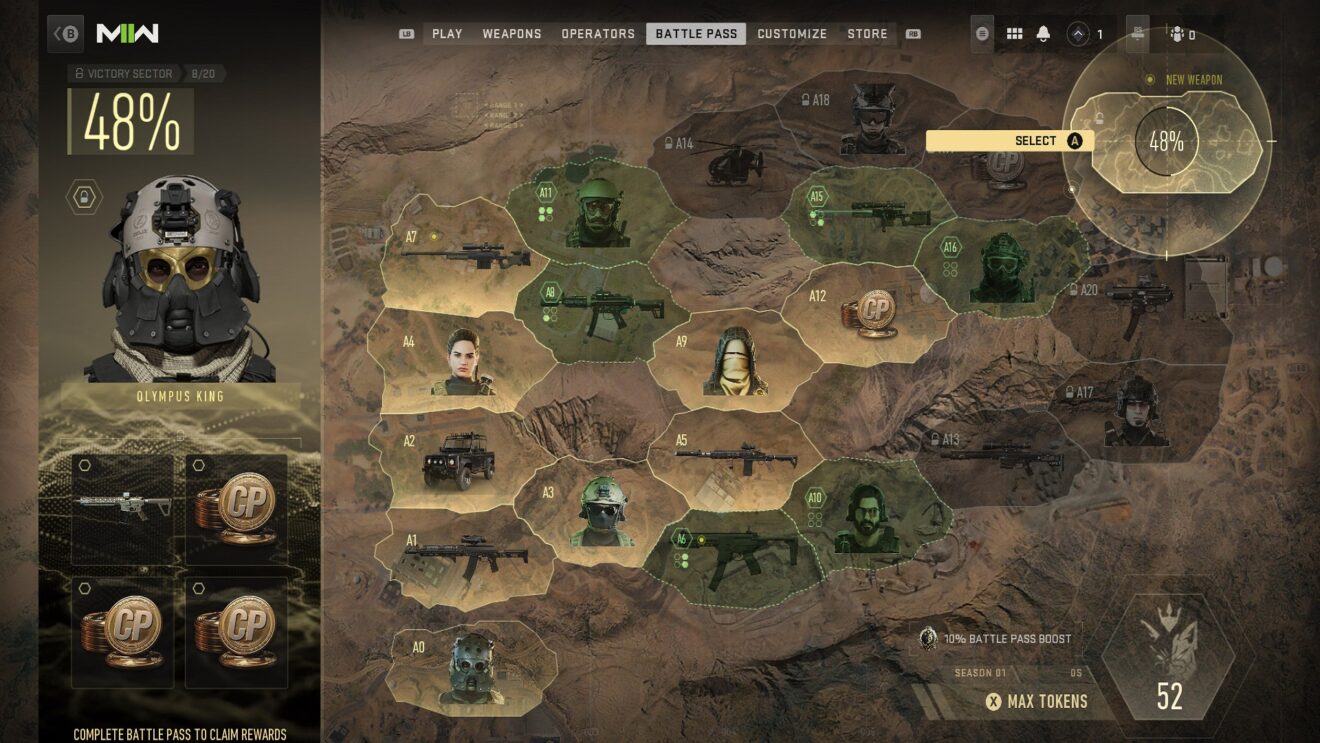 Unlike previous entries in the series, this Battle Pass is set on a combat map and grants players more freedom to chase the items they really want. The Battle Pass Area of Operations (AO) is split into 21 different Combat Sectors from A0 through A20.

Each of these Combat Sectors contains five different items to unlock, including the High Value Target (HVT) item. For example, Sector A1 contains the “Aerial Entrance” Calling Card, a Double Weapon XP Token, the “Aerial Entrance” Emblem, the “Paying Rent” Weapon Charm, and “The Orbitor” Weapon Blueprint as the HVT.

Each of these items is unlocked through Battle Token Tier Skips, which are earned by playing the game. After earning all items in a sector, players can move to an adjacent sector.