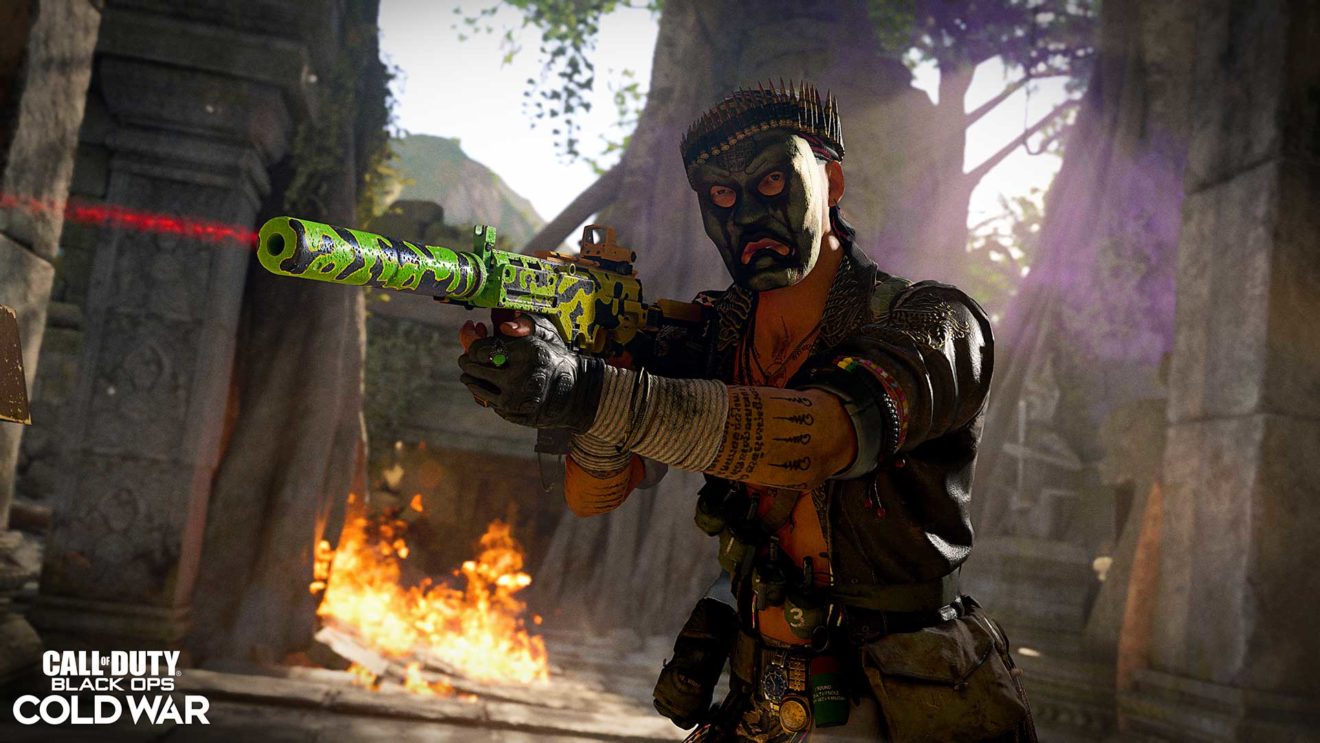 A new trailer has been released for Call of Duty: Black Ops Cold War’s second season that takes a closer look at some of the items included in the Season 2 Battle Pass.

Players who choose to purchase this latest pass will instantly unlock the newest Operator, Naga, his Viper skin, and challenges to unlock additional legendary skins for him. Additionally, players get a new Operator skin and mission for Park, the Wellington Safari Watch, and a 10 percent boost to all XP earned.

By leveling through the 100 tiers, players can also get new War Tracks, weapon Blueprints, Operator skins, and the new “Vulture Evo” Ultra-rarity Reactive Weapon Blueprint. This new type of blueprint features a skin that pulsates with green energy and will shift colors as players get kills in a match.

A new Battle Pass also means there are new weapons to unlock. By progressing through the pass, players can unlock the FARA 83 Assault Rifle at tier 15 and the LC10 SMG at tier 31. Both of these weapons are included in the free version of the pass.

The Season 2 Battle Pass arrives alongside Season 2 on February 25th and is priced at 1,000 CP. A Battle Pass Bundle will also be available for 2,400 CP that includes 20 Tier Skips.