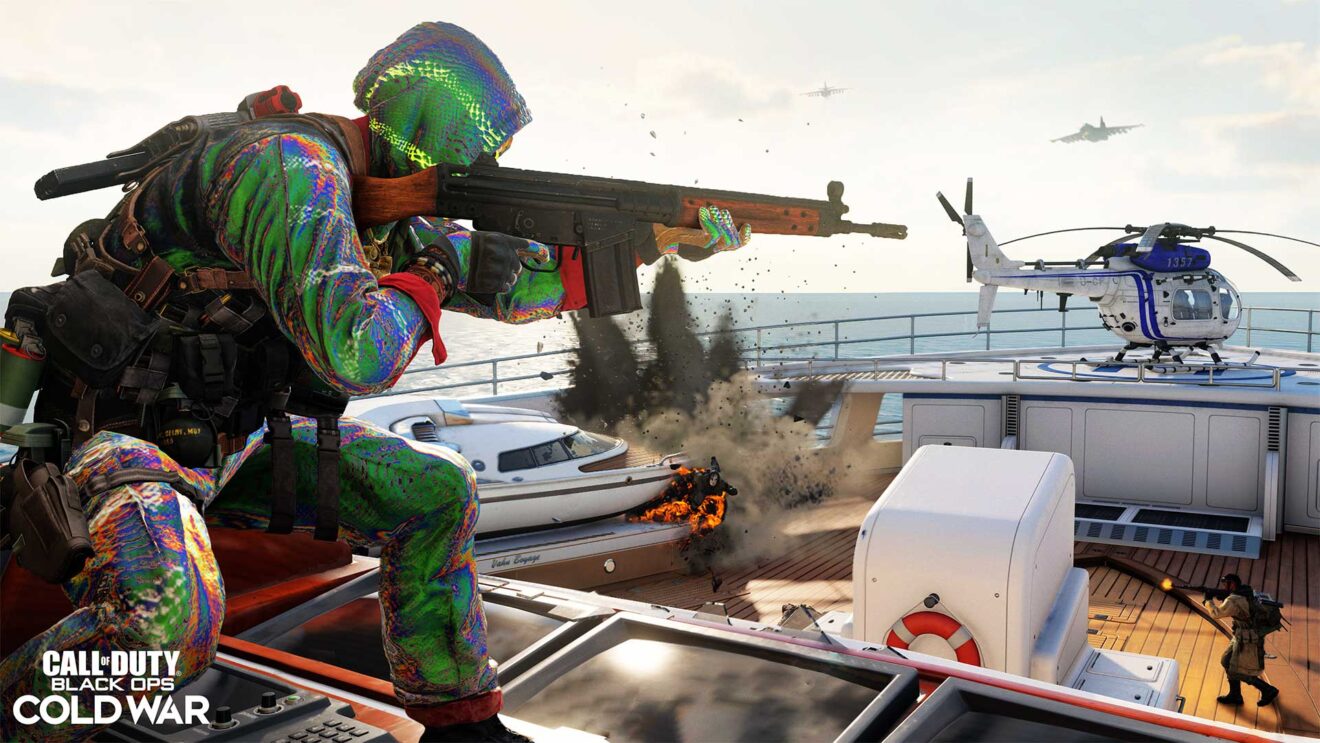 Activision has shared its plans for Call of Duty: Black Ops Cold War this week.

To start with, players will be able to experience 12v12 action on the game’s newest Combined Arms map through the Collateral Combined Arms 24/7 playlist. There’s also the continuation of the Gunfight 3v3 Snipers playlist and the Throwback Moshpit, which bundles together 6v6 respawn modes on Nuketown 84, Raid, Express, Standoff, and Hijacked.

In addition to the playlist updates, double XP and Weapon XP will be running for four days. Starting July 2nd through July 6th, players can level up both their account and weapons at twice the usual speed.

The store is also getting some new bundles this week. First up is the Hat Trick Bundle, which contains four sport-themed Park Operator skins, the “Footballer” SMG, “On Target” Reticle, “Trophy Boot” Emblem, “Red Card” Gesture, “Penalty Kick” Finishing Move, and more. Also coming are the Tracer Pack: Salah Bundle , which contains a new Operator skin and two legendary weapons, and the Tracer Pack: Fireworks Bundle with a skin for Adler and three legendary weapons.