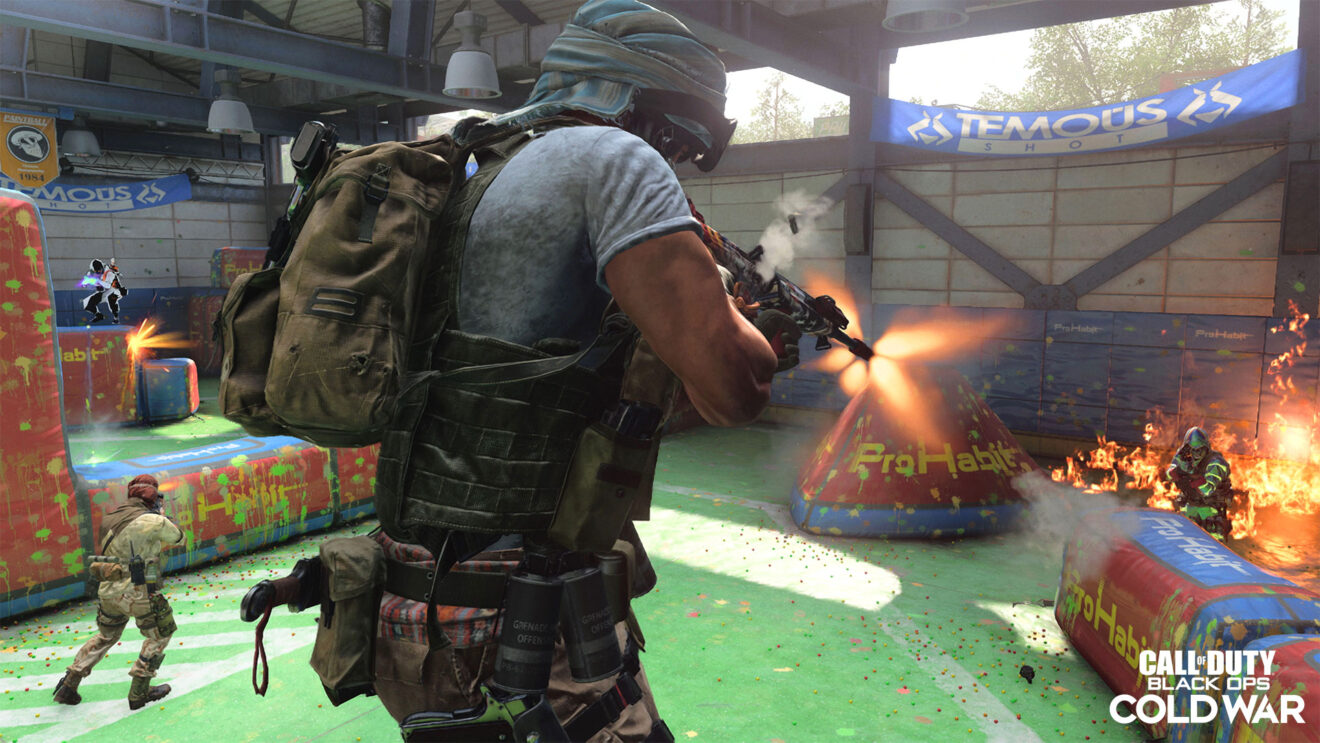 Activision has gone over what’s coming to Call of Duty: Black Ops Cold War this week.

To start with, the previously announced Paintball Moshpit mode makes its debut in the game on Thursday. This new playlist features a mixture of 6v6 respawn modes on the recently introduced Rush map with paintball impact visuals and sound effects. Throwback Moshpit is also returning this Thursday with a collection of 6v6 maps from past Black Ops games, including Nuketown ’84, Raid, Express, Standoff, Hijacked, and Rush.

Additionally, double XP will be active this weekend in both multiplayer and Zombies from 10 a.m. PT on July 23rd through July 26th.

As for the store, the Special Ops Pro Pack makes its debut this week. This new bundle contains the Hypersonic Operator skin for Portnova, 2,400 COD Points, the legendary Sound Barrier SMG, the Thrust Engine assault rifle, the Ace Pilot Calling Card, and the Challenge Coin Emblem. Joining it is the Biker Babes Reactive Bundle, which includes an Ultra tactical rifle blueprint, a legendary SMG and LMG, a weapon charm, an emblem, and calling cards.