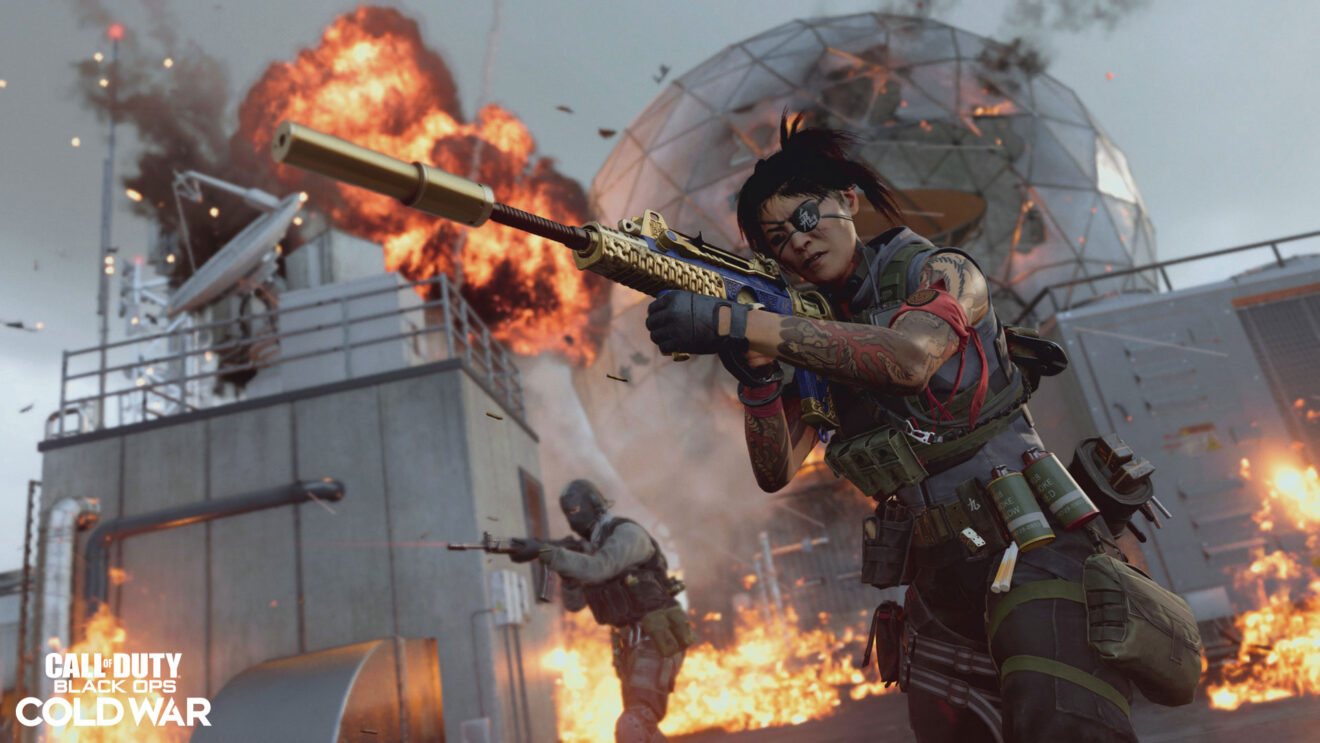 Drive-In is set in an abandoned drive-in movie theater and features “sniper sightlines and tight flank routes to explore.” The map is available in the 6v6 rotation and also has its own 24/7 playlist in both standard and hardcore for players looking to jump straight in.

In addition, a melee version of Black Ops Cold War‘s social deduction mode Double Agent is now available. This version of the mode removes all guns and limits players to just melee attacks and finishing moves. However, Investigators can still earn the Hand Cannon Scorestreak and Double Agents get access to the Combat Bow.

“After infiltrating your games as Double Agents ourselves and hearing your feedback, we’ve made a change to start all players with no weapon, and we’ve replaced all loot weapons with Melee weapons,” the developer said. “We’ve noticed that panic tends to ensue once the gunfire begins, and it can be difficult to track what’s going on. The goal with replacing ranged weapons with Melee weapons is to slow things down a bit and get players to commit to an elimination.”

Finally, Treyarch revealed that it is working on a new update for the game that will make balance adjustments to the Tec-9, EM2, and PPSh-41. The update is scheduled for next week.