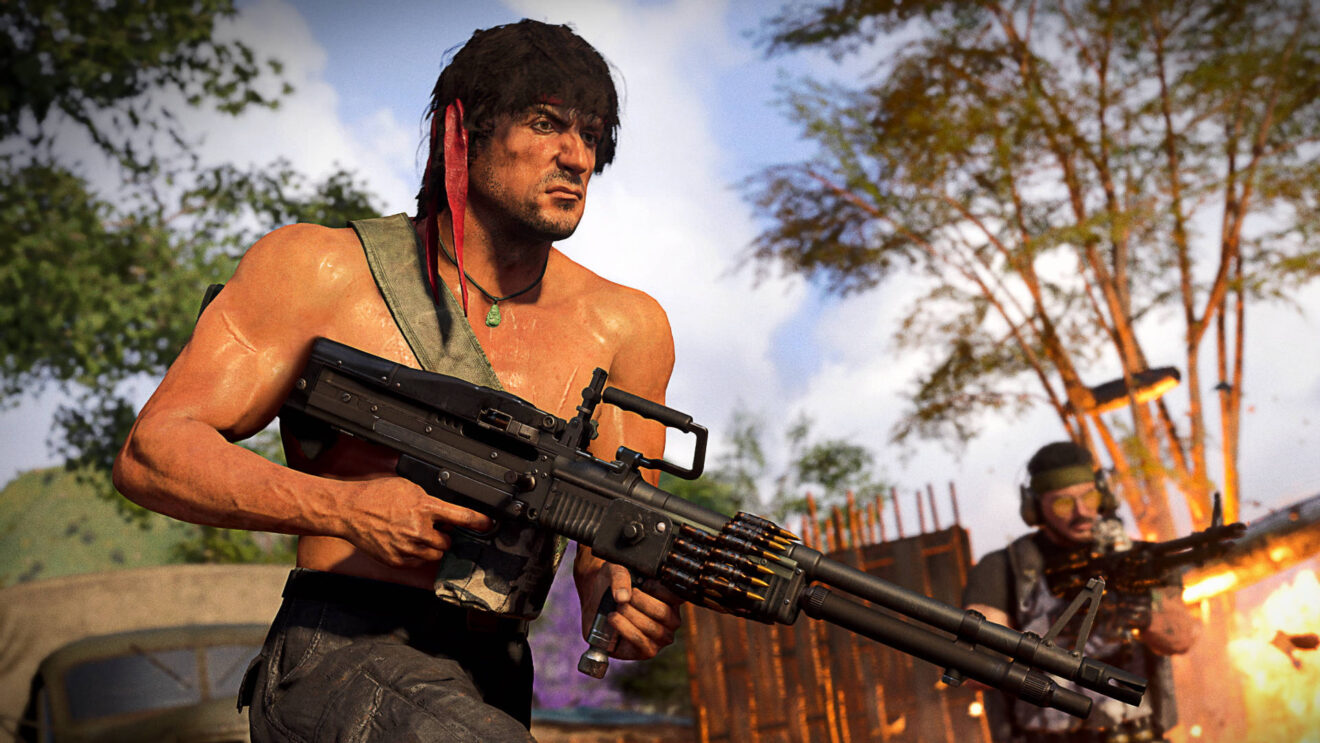 As teased last week, a mid-season update for Call of Duty: Black Ops Cold War, Call of Duty: Warzone and Call of Duty: Mobile is inviting at least two classic action heroes from the 1980s to the mayhem.

In a new trailer for the event, we get a look at Rambo, the Vietnam War POW who used to be a symbol for how men could be broken by war, but who is now is now a ripped and ready killing machine ready to teach anyone who gets in his way a lesson! Along with John, we get some quick flashes of the three new locations being added: Survival Camp, CIA Outpost, and Nakatomi Plaza.

While that last one is an incredibly iconic point of interest that’ll sure to be a fun inclusion, it does bring us to what isn’t included in the new trailer for the 80’s Action Hero event: the other John, John McClane. Okay, he technically is in the trailer, as we get glimpses of his arms and body, but why aren’t we getting a good look at him? The cost (financial or otherwise) of including the likeness of Bruce Willis in promotional materials, perhaps.

There’s a lot more coming to the event than just two men and a building, so here’s the full breakdown of what the 80’s Action Heroes event will include: