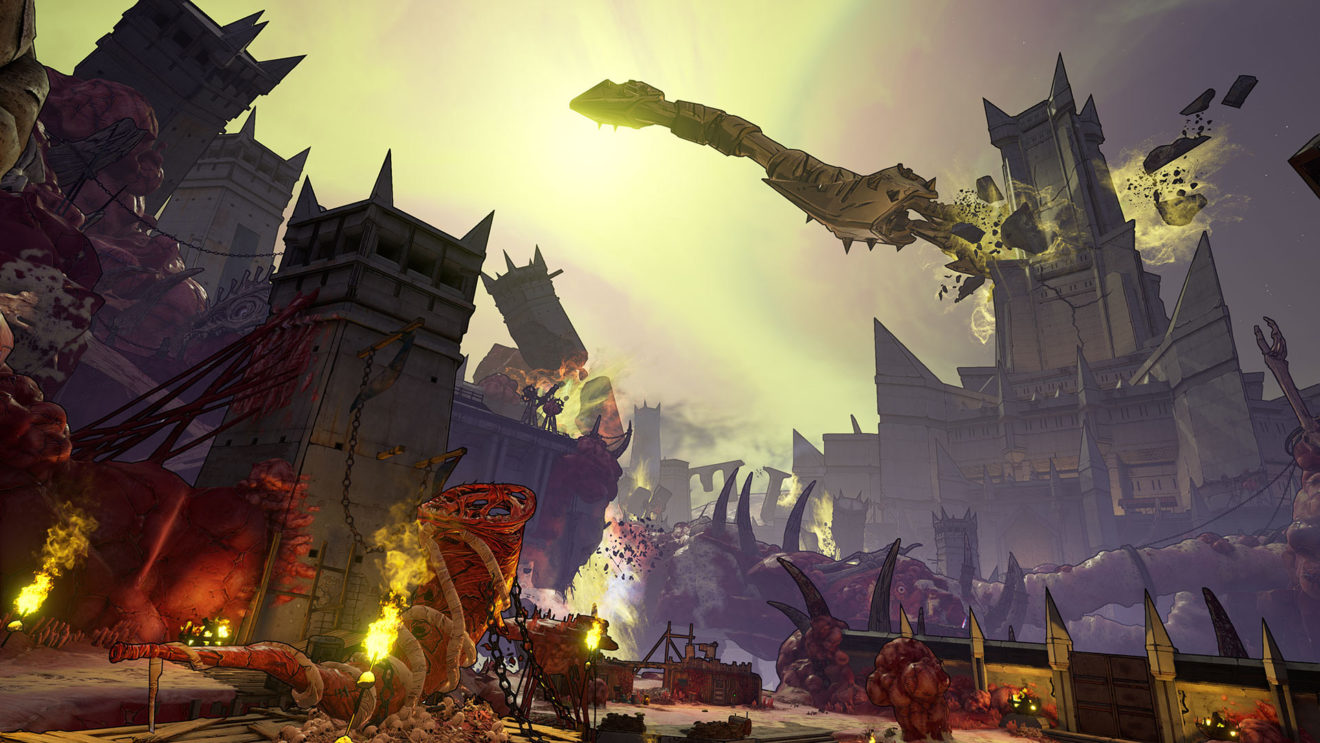 Yep, Borderlands 3 next DLC will officially take a turn for the Psychonauts. Like Double Fine’s cult hit platformer, Psycho Krieg and the Fantastic Fustercluck is all about sending you inside someone’s brain for surreal adventures. In this case, it’s the titular madman, the fan-favorite character Krieg.

Following two earlier teases, Gearbox Software has now unveiled our first real look at the upcoming expansion via a trailer and blog post.

The impetus for the Vault Hunters’ mind-hopping adventure is the scientist Patricia Tannis, who’s turned her research efforts towards discovering what causes insanity in the psycho. Tannis “believes the answer lies with Vaulthalla, a mythical place that induces insanity in all who learn its true nature.” To test this hypothesis, she’ll send you inside Krieg’s consciousness.”

For the uninitiated, Krieg is a sometimes-saner-than-average psycho who joined the roster of playable characters in Borderlands 2 via post-launch DLC, and made a very minor appearance in Borderlands 3. While Krieg, like all psychos, is a violent murder machine, he also has a remnant of his old pre-psycho personality that encourages him to try to do good. You’ll apparently be teaming up with both sides of his split personality on your quest to reach Vaulthalla.

In practice, it looks like this premise will allow Fustercluck to send players to some zanier, more fantastical environments than the rest of Borderlands 3, completely with twisted architecture, platforms floating in a cosmic void, and a flying, psychedelic “brain train.”

Gearbox will also offer two streamed events with a deeper dive into the new DLC. First up is a Bordercast, which kicks off August 25th at 1 p.m. PT—later this afternoon at time of writing. It’ll be on the series’ official Twitch channel, with a VOD version headed to YouTube after.

Then, on Saturday, August 29th, you can check out a gameplay reveal as part of IGN’s Gamescom coverage, slated for “around” 1:25 p.m. PT. You should be able to check that out on IGN’s YouTube and Twitch channels live.

Psycho Kreig and the Fantastic Fustercluck launches September 10th on all platforms. Borderlands 3, along with its first three DLCs, is available now on PlayStation 4, Xbox One, Windows PC, and Google Stadia.