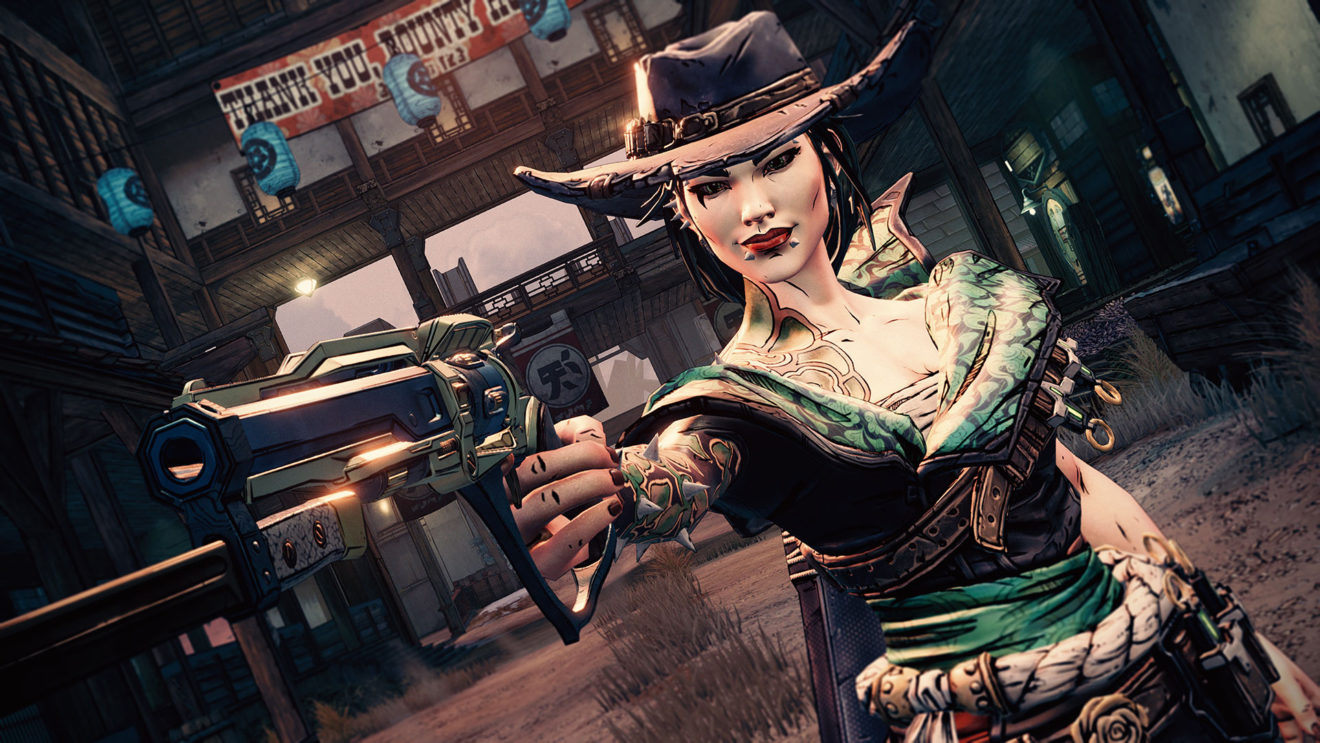 Borderlands 3‘s next big campaign expansion will be Bounty of Blood: A Fistful of Redemption, Gearbox announced today. It’s out June 25th.

As you can probably guess from that title, the DLC will be a Western-inspired jaunt that takes place on a previously unseen desert planet called Gehenna and feature an entirely new cast of characters (outside of your Vault Hunter, of course), as well as an unseen narrator telling the story of your exploits.

Gehenna is being terrorized by a gang called the Devil Riders, and it’s up to you to put a stop to them—and claim a bounty for doing so. As you work your way through the story, you’ll be building up the frontier town of Vestige, too, so your actions will have a direct impact on the game world and the NPCs who inhabit it.

Of course, no Western would be complete without a trusty steed, and Bounty of Blood fills this need with a hoverbike called the Jetbeast, which you can outfit with weaponry like dual machine guns or mortars. Expect plenty of new handheld firepower, as well, with some predictably Western-themed loot on offer.

Bounty of Blood will be available as part of the season pass or as a $15 standalone purchase.

Also coming to Borderlands 3 next month is a new Takedown, the raid-style challenges designed to push endgame players to their limits. Takedown at the Guardian Breach will feature new enemies, puzzles, and low-gravity platforming sections to mix things up with a more diverse set of challenges. That’s out on June 4th and won’t cost you a cent if you own the game.

Near the end of the stream, Gearbox also teased a fourth Borderlands 3 expansion, showing off concept art that the studio’s official blog describes as “psycho-delic.” Could our Vault Hunters be venturing inside the mind of one of Borderlands’ notorious unstable cannon-fodder enemies?

If you’d like to hear all the details straight from the Jetbeast’s mouth, you can check out the entire reveal stream below.

Borderlands 3 is available on PlayStation 4, Xbox One, Windows PC, and Google Stadia.