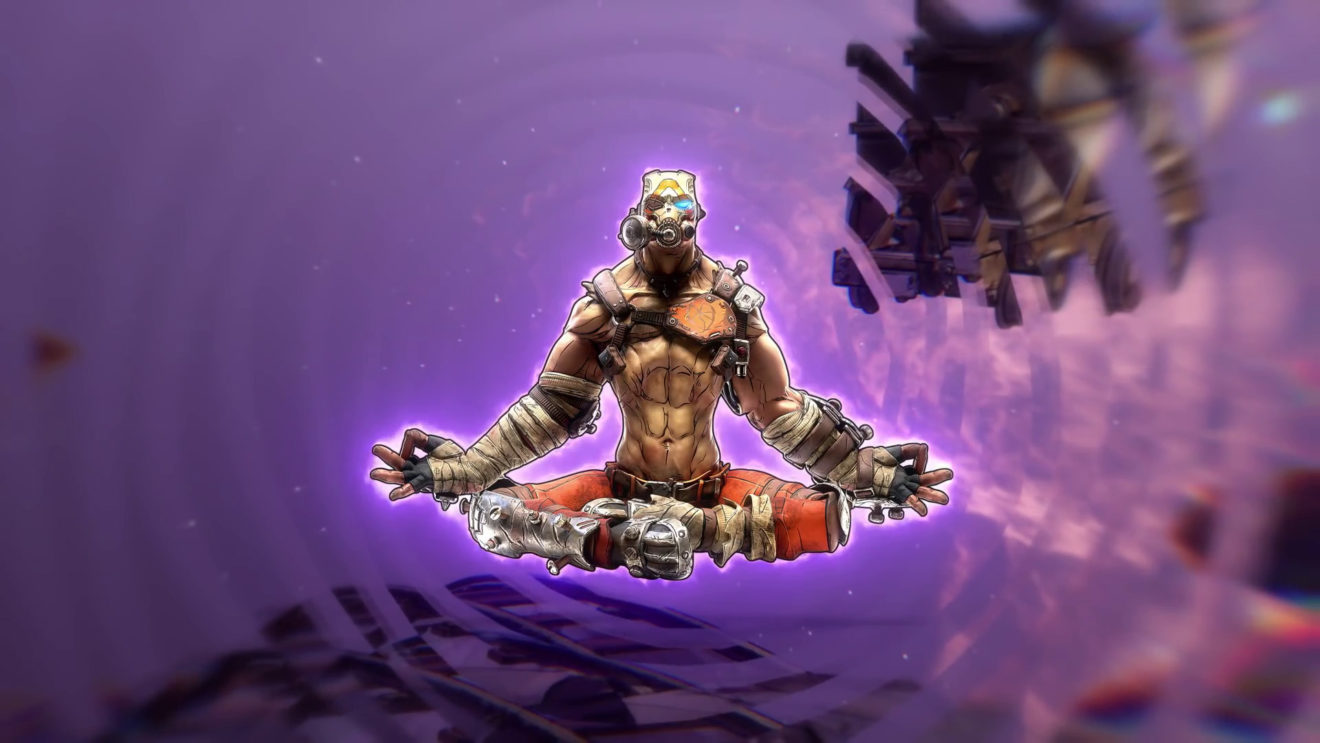 Gearbox Software has released a teaser for its fourth campaign DLC for Borderlands 3.

The new trailer, uploaded to the company’s social media channels, doesn’t offer much in the way of detail. In fact, it’s just a single shot of Krieg, the Psycho who became a playable character in Borderlands 2. As he meditates in front of a cosmic background, his serenity is occasionally interrupted by pained noises and flashes of fractured, colorful artwork. At the end, he says a single word: “Perfect.”

If you haven’t played Borderlands 2, Krieg’s whole deal is that, while he’s often as unhinged and murderous as the rest of the Psychos, he also has an inner voice that helps him maintain some semblance of his former, sane self.

Gearbox teased this same expansion in a previous stream back in May, calling it “psycho-delic” and showing off concept art of a fantastical landscape split between a calm version and a chaotic one. Coupled with this new trailer, meager though it is, the best guess is that we’ll be venturing inside Krieg’s fractured psyche. Borderlands 3 already has a ton of enemy types, so why not throw inner demons into the mix?

We won’t have to wait too much longer to find out specifics, as the trailer also promises a full reveal on August 25th—next Tuesday.

Borderlands 3 and its first three expansions are available on PlayStation 4, Xbox One, Windows PC, and Google Stadia.