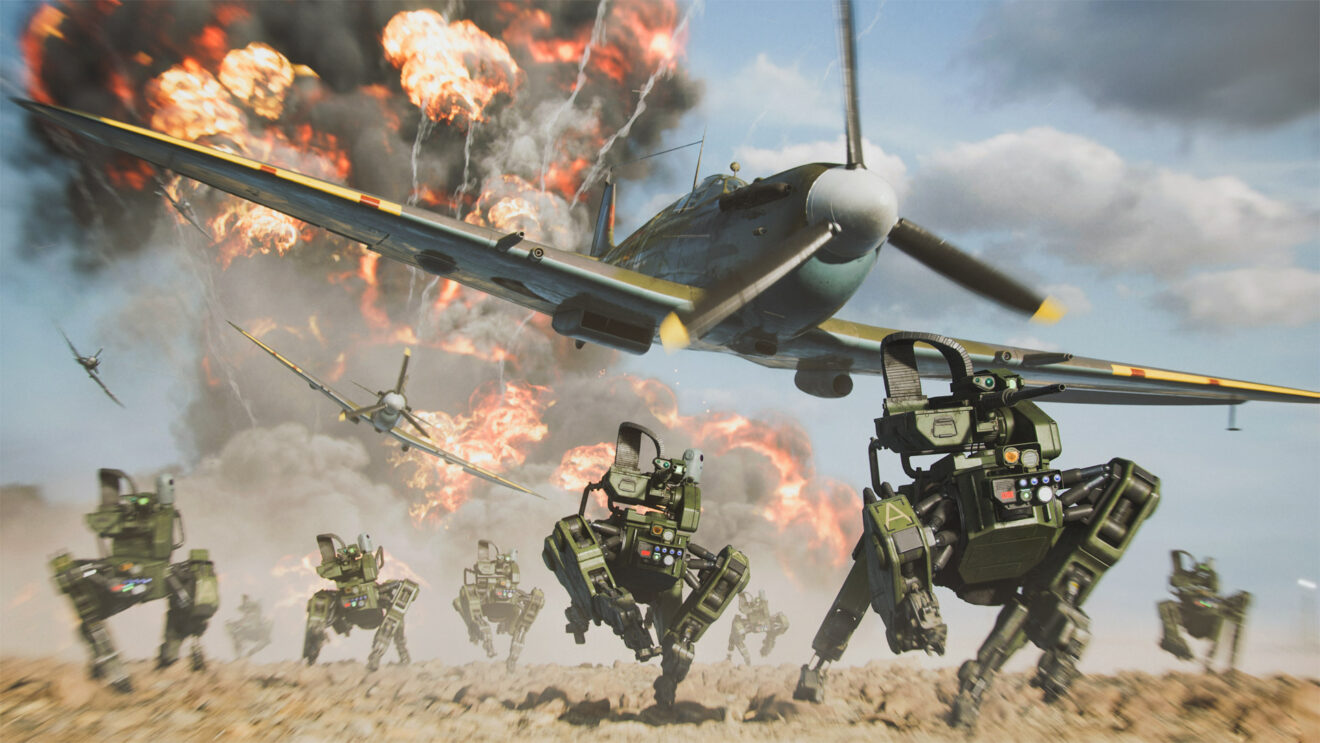 Described as a “love letter to Battlefield fans,” Battlefield Portal allows players to create and customize their own matches and modes with an extensive range of building tools and options, including a fully functioning logic editor.

Players can even change the rulesets for each mode and recreate, say, “Snipers versus Shotties” or Battlefield 3’s Gun Game. The web browser–based logic editor also lets players make granular changes to options such as weapon damage values and bullet velocity, as well as toggling the ability to go prone, which was not available in Bad Company 2. Other options that players can change include how fast players can move and whether players can aim down sights or not.

All of the content from the three classic Battlefield games is remade for the updated Frostbite Engine, including the six classic maps available in Portal: Battle of the Bulge and El Alamein from 1942, Arica Harbor and Valparaiso from Bad Company 2, and Caspian Border and Noshahr Canals from Battlefield 3. Battlefield 1942’s maps will even feature destruction for the first time, as that feature debuted after the series switched from the Refractor Engine to the Frostbite Engine with 2008’s Battlefield: Bad Company. Portal creators will also be able to set their modes on 2042 maps, which will be updated as the game’s season passes launch.

In addition to the maps, Battlefield Portal will give players access to 40-plus weapons, 40-plus vehicles, and 30-plus gadgets from the three classic Battlefield games, as well as all the content from Battlefield 2042. Fan-favorite gadgets include the MAV and Radio Beacon, the EOD Bot, and the defibrillator. Weapons include the G3 from Bad Company 2, the M416 from Battlefield 3, and the M1 Garand from Battlefield 1942. And vehicles include the Little Bird helicopter and Quad Bike, which you can bring to 1942‘s Battle of the Bulge and El Alamein.

Ripple Effect and DICE will be hosting servers featuring classic modes from each of the games, such as Conquest on 1942 maps and Rush on Bad Company 2 maps, as well as highlighting popular community-created matches. However, you can also just search the server browser to find matches that sound interesting to you. Ripple Effect will both monitor player data as well as community feedback to determine which player creations it highlights.

You can get a taste of Battlefield Portal’s wildness in the cinematic trailer that debuted during EA Play Live, which also shows 2042’s tornado tech invading the Battle of the Bulge, as well as a “knives versus defibrillators” mode.

For more coverage on Battlefield Portal, check out our deep dives on the mode’s logic editor and remade maps.

You can also check out the rest of our Battlefield 2042 coverage, including an explanation of the game’s new Specialist system and an overview of the game’s live service.

Battlefield 2042 is launching on October 22nd for Xbox Series X/S, PlayStation 5, Xbox One, PlayStation 4, and PC. An open beta is currently scheduled for September.